Avalon, CA – History was made this weekend as the Red Bull Catalina Grand Prix, one of California’s most renowned motorcycles races, made a triumphant return after a 52-year hiatus. The famed race, which was held on the island between 1951 and 1958, was widely considered one of the most unique and prestigious races of the era. The weekend’s cloudy skies and chilly temperatures didn’t stop the more than 800 riders from tackling the newly minted 6-mile course, which featured a variety of terrain including a challenging motocross section and a fire road that took racers up winding turns and around steep bluffs high above the port city of Avalon.

The rebirth of the race brought some of the riders who had competed in Catalina in the 1950s back to ride the island track once more. This included Homer Knapp, who took to the course on Saturday on the same 1920s Harley Davidson he rode in the Catalina race in the 1950s. Bob Sandgren, who won the race in 1957 and 1958, also returned to serve as Grand Marshal. Other Catalina race veterans included Preston Petty and John Rice. The festivities kicked off with a parade lap of the racers through downtown Avalon, where hundreds lined the streets to cheer on their favorites from both yesteryear and today.

Norman joins Bud Ekins (who performed the famous fence jump in "The Great Escape" for Steve McQueen) and Bob Sandgren (the race’s only two-time winner) as champion of the island spectacle.

"The race was awesome today - it was pretty heated, and people were really battling it out," said Norman. "The whole experience was amazing: the island, the course, the vibe, everything. I’ve won a lot of races this year, but this is definitely one of my favorites. I’m honored that I was able make a little history today."

"I’m just so excited to be back on a bike, and I couldn’t believe how many legends came back for this event," said Pastrana. "I really enjoyed the whole experience - I couldn’t believe the enthusiasm of the fans here on Catalina. People were cheering all the way around the track! This really is an amazing place."

The festivities also included a special screening of the film Nitro Circus Greatest Hits, held at the famous Catalina Casino’s theater. The screening raised $5,000 and all proceeds went to the Island Motorcycle Club (IMC), which organized the Catalina Grand Prix in the 1950s and is now a charity supporting young riders on the island. 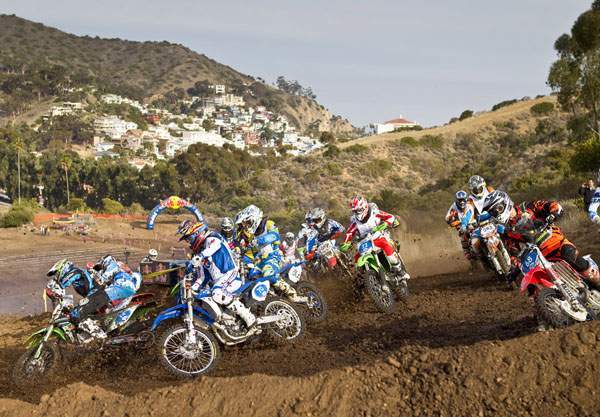 Racers take to the course during the Red Bull Catalina GP on Catalina Island. This was the first time the race had been run in 52 years. 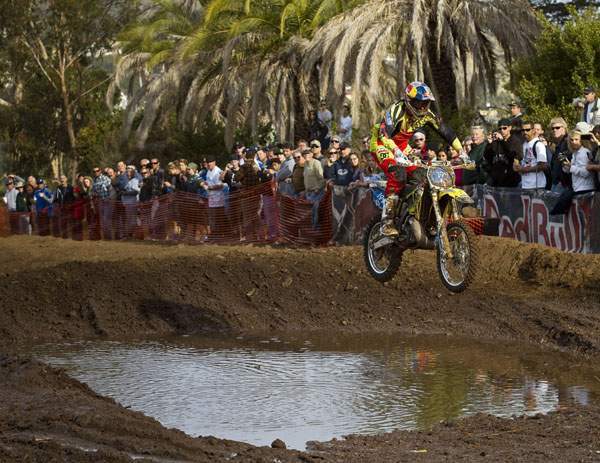 Travis Pastrana clears a mud hole on the course during the Red Bull Catalina GP on Catalina Island. This was the first time the race had been run in 52 years. 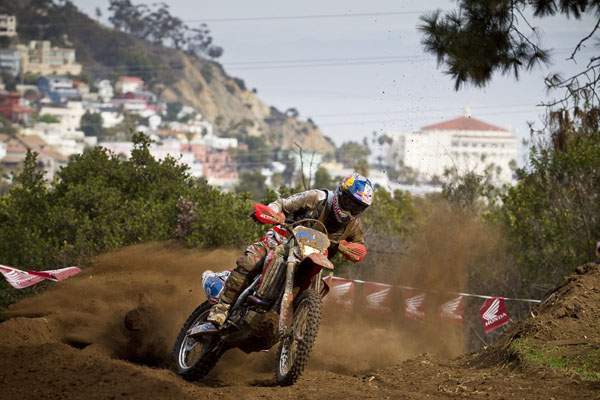 Kendall Norman races during the Pro Race of the Red Bull Catalina GP. Norman went on to win the race. 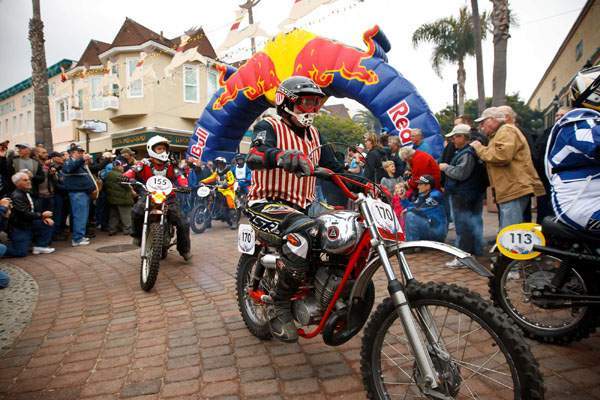 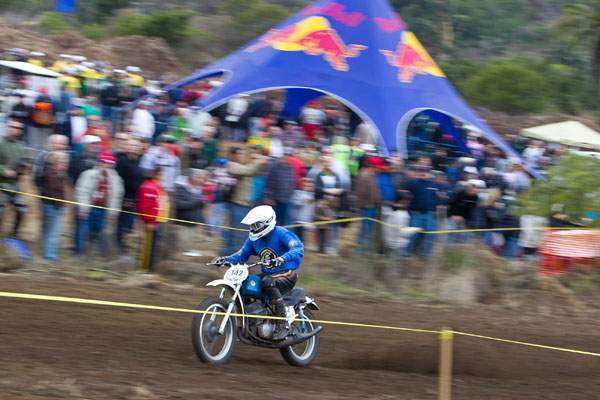 Mike Pera races his vintage motorcycle on Catalina Island during the first race of the Red Bull Catalina Grand Prix.

More information is available at www.redbullusa.com/catalinagp.