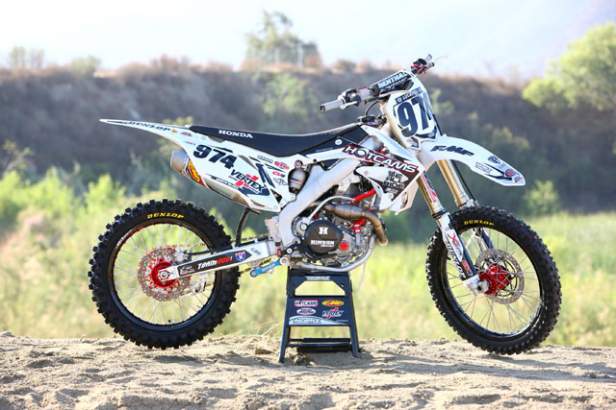 The bike
At the X Games this year I met Jarryd McNeil from Australia. He and his father were talking to us about racing, and it just blew up from there. I wanted to build him a bike to race at the last national of the season. With his size and lack of pro racing time, a 250F would have been best, but all I had was a 450—and a good one at that. Josh Brown, who works for me, was going to race this summer, but after three operations on the same knee in eleven months, that was out. I had a really good Honda 450 from ECC that only needed a few more parts to make it competitive on the pro level. The "other stuff" was actually harder.
First, since Jarryd had not raced pro in over a year, his FIM license had expired and we had ten calls and emails a day to make sure he could get his AMA license in time and get entered into the race. We got that taken care of and had a great photo and video session with Simon Cudby. The next night he raced a little local race at Milestone and rode very well, finishing third to some quick locals. However, at this point we were in trouble—Jarryd’s hands were ruined. He rides a lot of freestyle, but that’s a far cry from racing motos on a CRF450R. He had severe blisters on about every part of his hands. So we took three days off let them heal up and got him some MSR glove liners to help.
Soon after, we went out to one of my favorite practice tracks, Cahuilla Creek, for a Tuesday test session. He was putting in great laps and did over a thirty-minute moto with no blister or hand issues. It was going great ... then somehow his 125-pound body got some serious swap at fourth-gear speeds and he got tossed hard. He knew something was really wrong, and he was right: at the hospital they discovered he had lacerated his liver. A scary thing, but also a relatively speedy recovery, as nothing else was hurt of broken. Jarryd stayed out for the national but came back to win the Dew Tour round in Salt Lake City.
PLAN B

At this point I was left with a very cool race bike, albeit a bit worse for the wear. I wanted to have a good story for Racer X, so I thought of a kid that Kirk Chandler, one of the guys who runs Pala, told me about named Johnny Jeldera. He’s a good kid who works full-time at Pala and is still chasing the racing dream. He had been borrowing a bike and was doing all he could to race, but without a good current bike. He was excited about the opportunity to race this one. He already had his AMA pro license and was even signed up for the race—simple. We called DeCal Works and said we had new rider and needed new numbers really quickly so we could get photos on the bike before the race.

At this point I did ponder just packing it in, but MB1 wanted to get a proven pro, Bobby Kiniry, to come out and race it. He raced Steel City and Southwick and was top-ten at both. However, at this time there was no budget to fly a racer out with twenty-four-hour notice. He would need to ride Wednesday and Thursday to get familiar with the bike. Remember, Bobby had been racing Suzukis all year SX and Canadian outdoors.
Luckily, Racer X and I thought if we’d gone this far, why not keep going? I contacted Curt Leaverton of C&L, who has his Hot Cams and Vertex Pistons in the bike, and explained to him that we needed a rider and someone to "sponsor" his flight. "Yes!" he said. I was relieved. 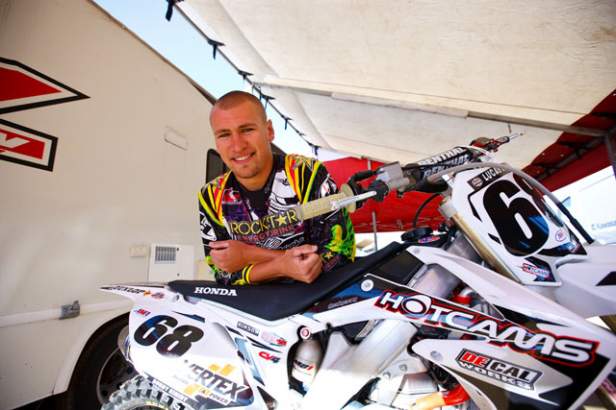 Bobby Kiniry was excited to race our project bike at Pala.
We got Bobby out here and he immediately started testing with MB1 and Jungle Jim. They got him as comfortable on a bike as you can be in a two days. Very cool to note that Bobby, who seems nothing like the beer-belly bass fisherman most of us envision, is chasing the Pro Bass Fishing Tour once his pro motocross days are over. He fishes all over and heads south for the winter for better fishing—and motocross training, of course.
Overall, it was great fun and I’m glad to have worked with three fun racers and made new friends along the way.
Below, each rider discusses his experience during this story:
Jarryd McNeil:
"Before my crash, Jay Clark put me on his 2010 CRF450R, which I was meant to race at Pala until I crashed and had to sit it out. I had never ridden the Honda 450 before, and I was pretty impressed with the bike Jay put together. It had a fast motor, and MB1 had the suspension working really good. The power it was putting out was amazing—I weigh 120 pounds, so with me on the bike, it was a rocket ship."

"The bike was amazing. It had a really smooth power band, which made for easier cornering, and it handled like a dream. It had the looks to go with it, too. All around. it was a great bike."
Bobby Kiniry:
"My trip started with a phone call on Tuesday and a flight out West on Wednesday to Southern California to start testing. I was surprised when I jumped on the Millennium Head/CV Valve Train/Hot Cams/FMF/Dunlop/VP Fuels Honda how little testing we had to do to get the bike competitive. The MB1 crew had the bike handling like a dream in no time and I was excited to get out there and race it in the two 35-minute motos. They really have that Honda figured out. 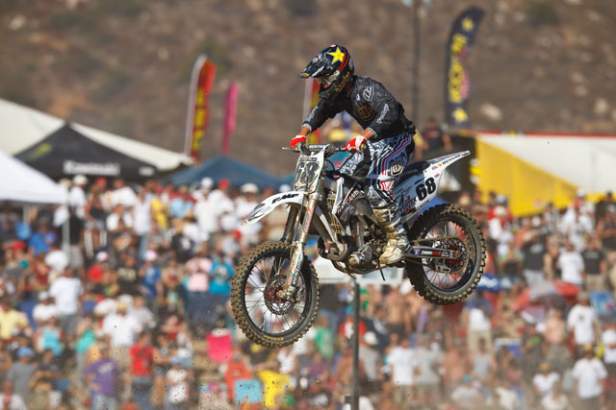 BK went 13-36 for 18th overall at Pala.
"In the first moto, I started just inside the top ten. I managed to stay around there all moto, but a slip up in the end dropped me back to finish thirteenth. In the second moto, after a bad start, I made my way up to fifteenth, but coming through the pack I managed to tangle with a few riders and rip my exhaust system off. I tried the best I could to finish the race but was forced to pull off within the last few laps in order to avoid further mechanical problems. In the end, the results weren't what we had hoped for, but the bike was a joy to race. I want to thank Mike Batista from MB1, Jay Clark, Jim Chamberlain, Davey Coombs, and Andre from my Canadian team, OTSFF Rockstar Suzuki, for allowing me to come out and race a different bike for the weekend." 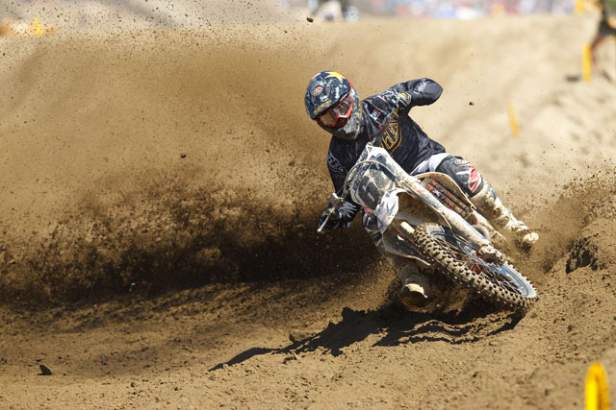 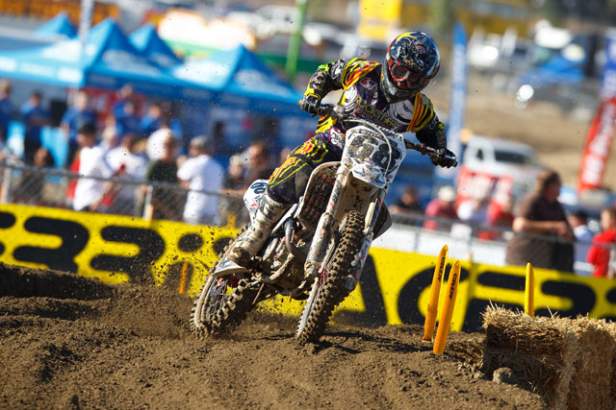