Welcome to another installment of Where Are They Now, presented by Bob’s Cycle Supply. This week’s subject is a 1980s prospect from the Pacific Northwest, Rick Simmet, a highly decorated amateur racer who spent his youth chasing the dream of making a career as a professional motocross racer. However, after turning pro in the late ‘80s, Simmet racked up a long list of injuries. He stopped racing altogether in the mid-1990s but was able to enjoy a few bright spots along the way.

Racer X: Rick, you were a hard guy to track down! Thanks for taking the time to speak with us—we’ve received quite a few inquiries asking about your whereabouts. Before we dive into things, can you tell us a little bit about your career and how things went?
Rick Simmet: Well, I started riding when I was 4 years old. We did mostly flat track up here in Spokane [Washington]. It was real easy and pretty popular. I then started to do some motocross races as well, and as I started to get better, we started the traveling thing. I ended chasing them all—Ponca, Vegas, [the Florida Winter Olympics], and the big one, Loretta Lynn’s every August. I always did pretty well at those, and I think in 1986 I won two championships at Loretta’s, as well as the Race Of Champions in Vegas. That was a cool race, as they pitted all the best minibike guys on identical [Kawasaki KX80] bikes. I won it that year, even though I was contracted with Honda.

That’s quite a bit of travel. Were you home-schooled?
No, no I wasn’t. Back then, I would move to SoCal in the wintertime to train and ride. I lived in places like Victorville, Hesperia, and Riverside. We would go down and do the Trans-Cal races and stay through the Golden States before heading home for the spring and summer. I had a real cool principal up here in Spokane, Mr. Odell, and I basically would go to high school up here and then transfer for the winter down in SoCal to whatever school was close to where I was living. He was very supportive and knew what I was doing and trying to accomplish. I finished high school and never did the homeschool thing—I don’t think they had it back then [laughs]. But I did miss a good chunk of classes!

When did you turn pro?
I turned pro in 1988. At my very first pro race—which was a Golden State, I think—I holeshot the thing. Then, just as quick as it started, I crashed and broke my wrist. It was the navicular bone. It didn’t seem so bad, so I kept riding, but three weeks later it was all jacked up. At first I went to the hospital, but they said to rest and it would be fine. Well, it wasn’t, and that started a string of injuries, which included three broken wrists, a separated shoulder, and a broken back—two times. My wrist injuries were always to my throttle hand, so that made it real hard. It seemed like every time I got hurt and came back, I just got hurt again.

That must have been very challenging, especially after having such strong rides as an amateur and winning so much. How did you deal with it?
Yeah, it sucked. I had been racing for, like, fourteen or fifteen years and never had a real bad injury—some bumps and scrapes, but nothing broken. This was a real wake-up call. I had a Honda support ride at that time [in 1988], and Ricky Johnson was the man. I was hoping to take over for him in a few years and be the next top guy and really felt that I had all the tools and skills I needed. Honda was great to me. But then I just started to get hurt … and I couldn’t break out of that pattern. I remember that in 1989 or so, I was leading the Seattle Supercross, but then I cased a triple and crashed and my wrist broke. Also, a highlight I remember from riding pro was leading the Washougal National in maybe 1989 or 1990 or so. I was leading but the tranny on my bike went out and was stuck in second gear. On a 125, I was screwed, as some parts of that track were third and fourth gear. Needless to say, I thought I could win but didn’t.

How long did you race at the top, and can you talk about your decision to stop?
I raced pro for four years. By 1991 or so, I was done—just too many injuries. I knew in my head it was time to step away and I was burned out. It was okay—I was comfortable with the decision. I literally took two years off and never looked at or thought about motocross. It was actually really good. I then decided to get back into it in 1993 or so. I decided it would be just for fun, and I had no aspirations for anything other than to go and have fun at the local track. We had the Pac West series, which is real strong up here, and I figured I would just do those and enjoy the scene. I was then racing with Jason McCormick and Ryan Huffman, who were the local fast guys. Well, one thing led to another and I was feeling real good and thinking about maybe doing more, as I was sometimes beating them. But then, two years into it, I broke my foot real bad at Washougal. The foot broke in six places and, well, that was it—I knew I was done. That was 1994.

So you just walked away?
Yup. I just became a working stiff. The injuries, training, and all that took a toll. I came back to have fun that second time around, but then I got hurt and it was over. I think I raced two years, maybe 1993 and '94 or so. It was ancient history!

What was next for you?
Well, I had a son and pretty much went to work for my family’s business. We have a small construction business up here called Specialty Home Products. We do all sorts of work but mostly roofing, siding, and windows. We employ about thirty to fifty guys, depending on the weather and economy and the time of year. We do both residential and commercial work, and we have a great reputation up here in Spokane, which is a pretty good-sized town—maybe 300,000 people or so.

How did the downturn affect you guys?
We’re pretty diversified, so it wasn’t so bad. In fact, I recently bought the company from my parents, along with my brother, back about two years ago. My parents ran it for 31 years, so now it’s our turn! Last year was our first official year, and we did okay. It wasn’t so bad. I think we’re working three times as hard and with about half the pay, but as long as we’re busy, I can’t complain. Our name really means everything, though, so we give it our all and try to keep up our reputation.

{LINKS}
What about your personal family life?
It’s good! I’m married to my wife, Jenna, and we have two kids. My son Tyler is older and a sophomore at WSU [Washington State University], where he’s going for Physical Therapy. We also have a daughter named Jenny who is 5.

Does your son ride?
No, never got him into it. He is very much an athlete, and he excelled at wrestling. He’s really good at anything athletic, but he just never got into motocross and I certainly didn’t push him into it. One thing I know is that I never do anything halfway, and that is perhaps why, selfishly, I never pushed him towards racing. I knew that if he got into it, I would be as well, and I thought it was better to try other things. I still have those competitive juices, and they’re real hard to hold back, so we stuck to regular sports. 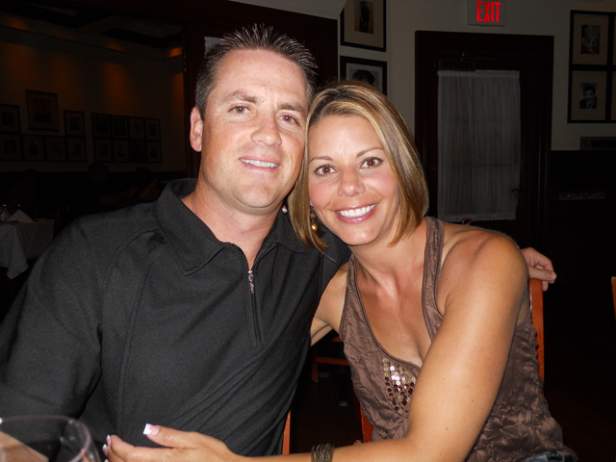 What kind of fishing do you do?
I’m pretty much focused and do only river fishing. My friends joke with me that my boat is better equipped than most guides up here. I do pretty much steelhead and salmon exclusively, and we normally hit the Columbia, Clearwater, and Snake Rivers. Most spots are two to three hours from my place, so it makes for a good trip and great weekends. 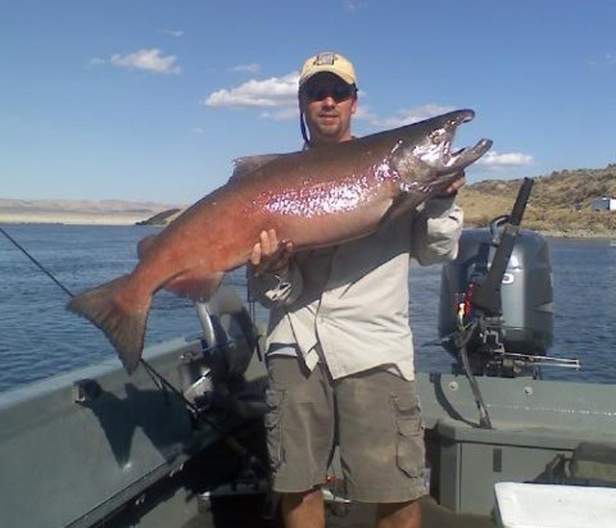 Any closing thoughts?
I would have done some things differently, but overall, it was a good time. I was young, and some things you don’t realize until later on in life. I have no regrets, though, and things are really good now.

Have a Where Are They Now? suggestion? E-mail nick@mxsports.com.