Once returning to Australia his life was turned upside down not being allowed back in the United States. So Aden went on a mission to find a bike and sponsors for the final 2 rounds of Super X so he could find himself some more support for the 2011 season here in Australia. Yamaha and Biketique stepped up to the plate.

Aden had a  successful season in the United States where he competed in the AMA Supercross and AMA Motocross Season and achieved some credible results placing in the top 20 of the 450 class. Aden went to work 4 weeks before his first race at Parramatta with the help of Kenny Wheeler from Factory Spec and Yamaha.  "The bike was awesome fast and felt really manoeuvrable, I was following my training program that Robb Beams from MOTO E had written me and I was improving in leaps and bounds every single day. I felt like I definitely have the speed to be in the top 6 in the 450 class at Parramatta and I say that with the utmost confidence. But unfortunately things like this happen"

Aden was less than one week out from the race at Parramatta. Aden was putting the finishing touches on his day’s workout on the bike and had an unfortunate crash "I was doing my last Moto and went through a high speed section and clicked a false neutral causing me to nose dive into the face of the next jump. It all happened so quickly and once it all stopped I grabbed my wrist and knew something was wrong. It was just so unfortunate because the lap prior I set my fastest time of the day and that lap felt even faster. So I went from hero to zero in no time at all"

Aden is really disappointed more at the fact that he can’t go show his new found speed that he has learnt in the United States at Parramatta. "The thing that hurts me the most is that I just hope I can get the support to go racing again next year. I don’t want to go out this way."

Aden is seeking the best medical attention with his Orthopaedic surgeon DR Leong. "He has been my ortho for a long time. He always fixes me up great without any complications and wants to get me back on the bike as quickly as possible. He is a great."

I would really like to thank all the people who were prepared to help me coming into Parramatta. "These people stepped up to the plate and were willing to help me go prove myself." 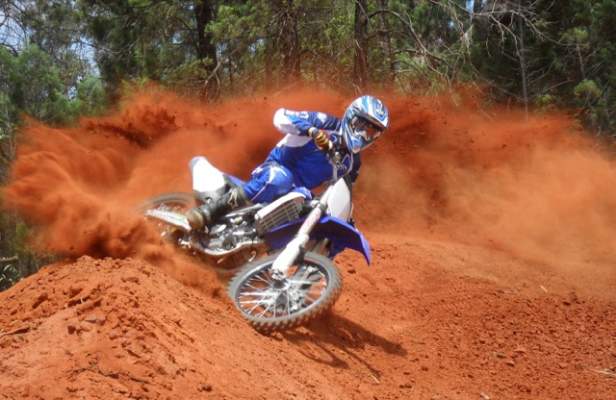