Stacey Baker and the DreamTraxx crew sent us a little recap from round 2 of the Australian Monster Energy Super X track building journey. Take a look:

So, this week did not start off quite as smooth as last week. As we arrived at the airport and began to check our bags, we quickly realized that the travel agency booked us the wrong type of ticket - allowing for only 15kg (about 33 pounds) of luggage. By the time three of us had put our bags up, we were already at $480 in excess baggage fees. That's quite a large bill to swallow. So we talked to the guys at SuperX, and figured it would be cheaper, and more fun to rent a car and take a 5 hour scenic drive to Canberra.

We loaded up our bags and we were off! Though driving is not my favorite thing to do, mix it up with driving on the other side of the car, the other side of the road, and having no clue where we were going, and it actually made for an exciting drive. We saw some really neat sights on our way to Canberra. Have to say that this snag in the plan actually turned out to be a good one in a way. So, once we arrived at Canberra it was time to go to the stadium and start marking out the track for the dirt to be brought in. As we remembered from last year, the groundskeeper of this stadium is a tough one. He is very particular about his field. And though we were told we could start marking the track out on Tuesday, we were quickly informed we could not start on his turf until Wednesday. As we started our day on Wednesday, a reminder of that tough groundskeeper was fresh in our minds as we were having to lay double the amount of geo-fab than we normally use to protect his turf. This created a slower start than normal getting all of the dirt hauled in. We were going at it pretty steadily when at about 9pm Wednesday night a seal on the grease cylinder track tensioner blew on the bulldozer. That pretty much stopped all work for a few hours until we got the dozer fixed. Then we called it a night. We were all up bright and early on Thursday hoping to have a smooth day.

The day only started with a few hiccups - trying to get all the dirt brought in and dropped in the right spots since we were a little behind on our build was a bit of a challenge. Then the Union showed up. They gave us quite a hassle last year, and this year was no different. Australia has different rules and guidelines for equipment operators than America does, so we were shut down for about an hour making sure everything was in order. Once the all clear was given, we were in high gear! Everything was actually going well, and the track was coming together. Then, after our dinner break we were at it again, when an idle pulley on the excavator was so worn out that it twisted sideways and the track came off. Not Good!!!

After another 3 1/2 hours of working on a piece of equipment, we called it quits for the night. We came in on Friday with a mission and kicked butt! We had the track complete by about 5pm and then started to water and prep for Saturdays races. This track required a bit more prep work because the dirt is the type that seals up quick, so we had to put quite a bit of water down. By Saturday morning, the 4 1/2 hours of watering we had done was absorbed into the dirt like a sponge. So we put another coat on. Jason made the decision to put a second coat on trying to stay ahead of the game.  This made practices a bit muddy, but the track was coming around perfect for race time...but Mother Nature had a game of her own! After practice it rained on and off for about 3 hours, and with the track already being pretty wet from the second coat of water this was a bit of salt in the wounds, or so we thought.

By the last motos of the night the track was at its best, which is normally the complete opposite. Typically the end of the night the track is in its worst shape. But tonight, the final races were awesome. The racers were pumped with the final races and the racing action was packed. The crew kicked butt again this week, and SuperX Round 2 Canberra was a success! Stay tuned each week for behind the scenes updates on the build process for each round. For more information on SuperX, visit www.superx.com.au. For more information on Dream Traxx, visit www.dreamtraxx.com. Be sure to follow us on www.facebook.com/dreamtraxx, www.twitter.com/dreamtraxx 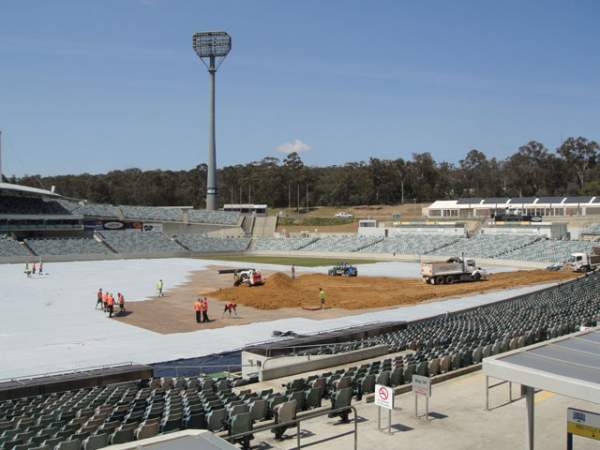 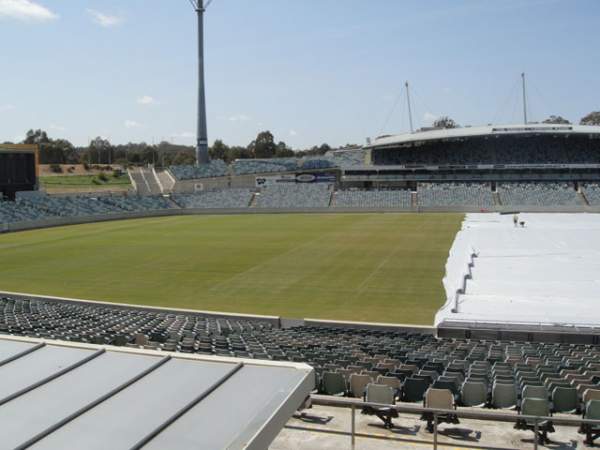 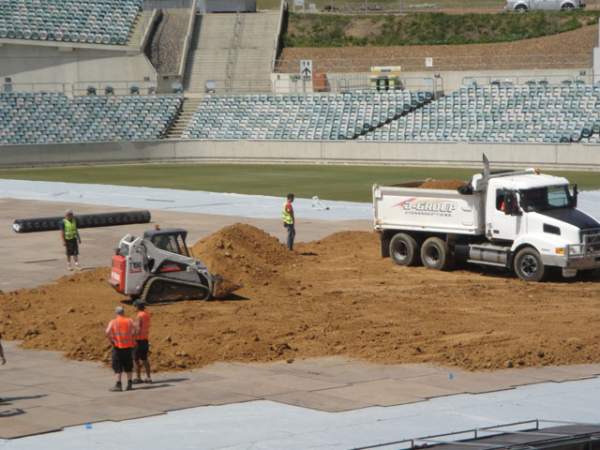 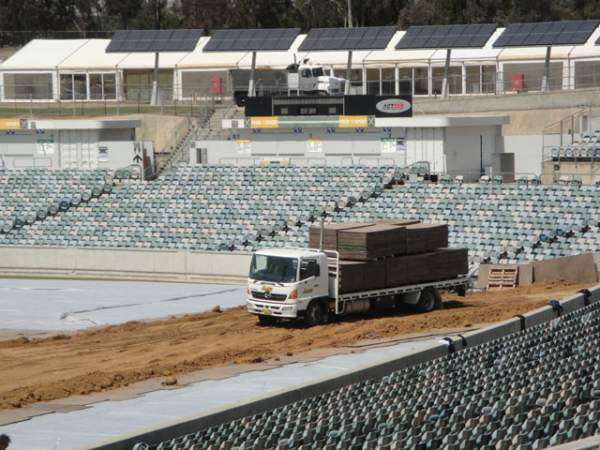 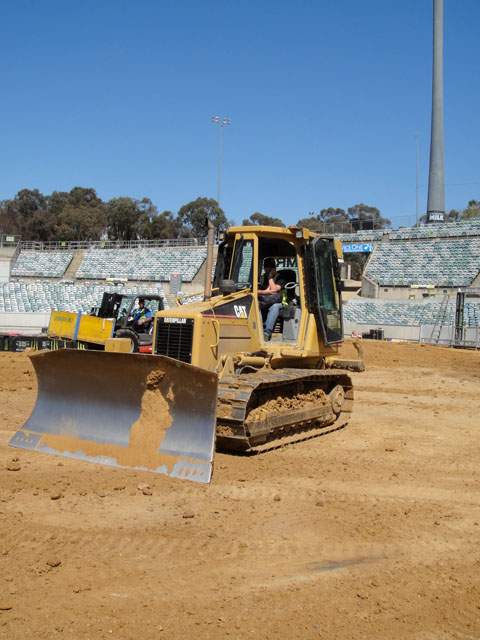 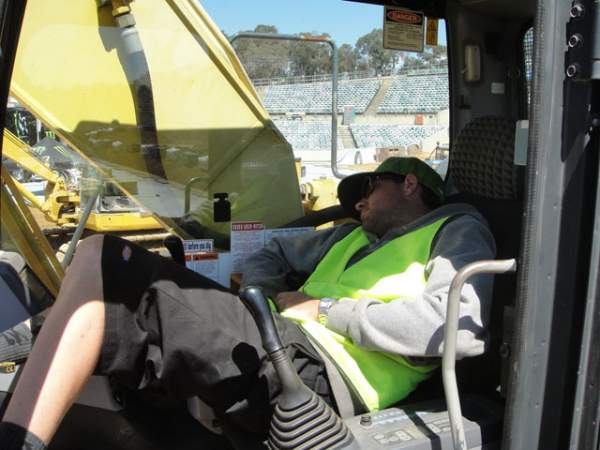 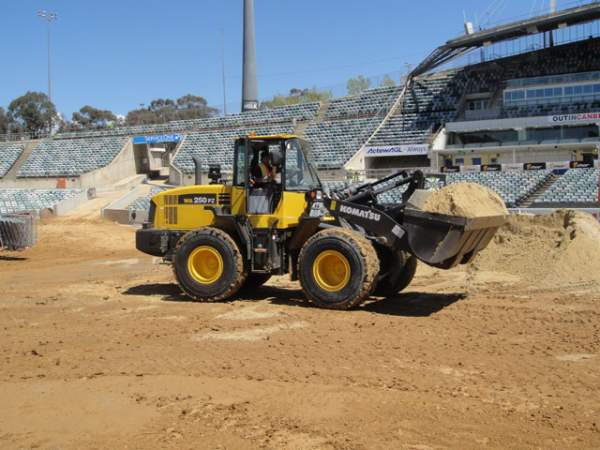 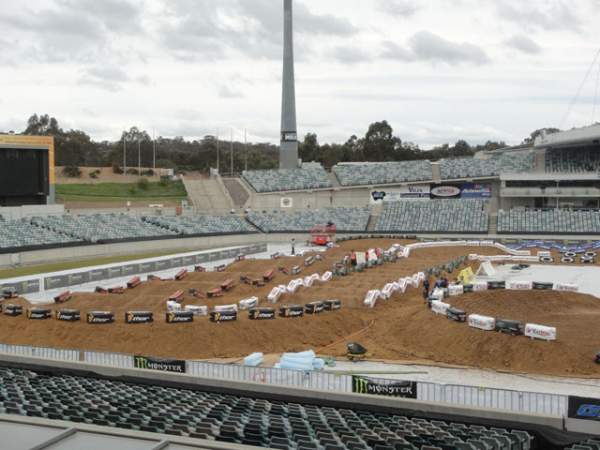 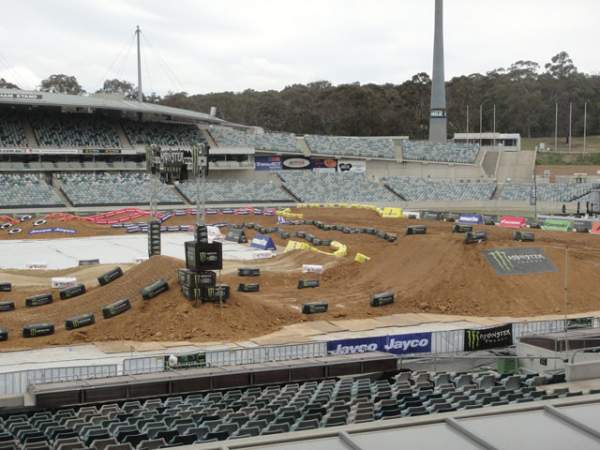 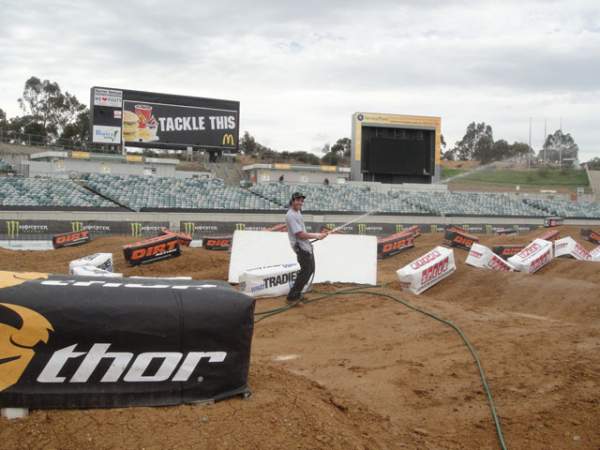 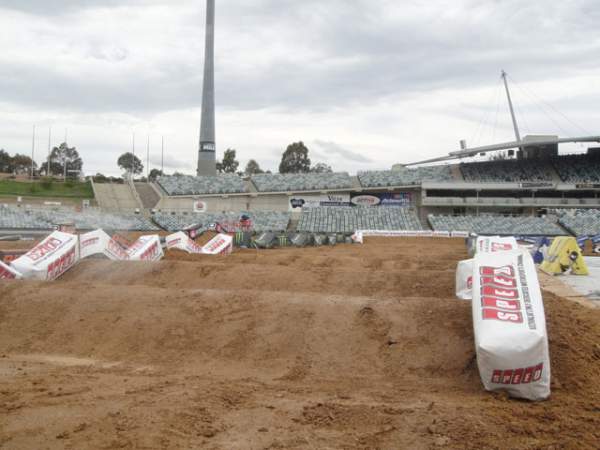 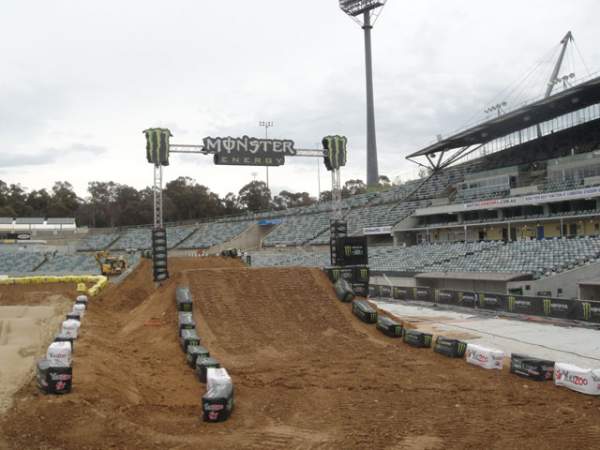 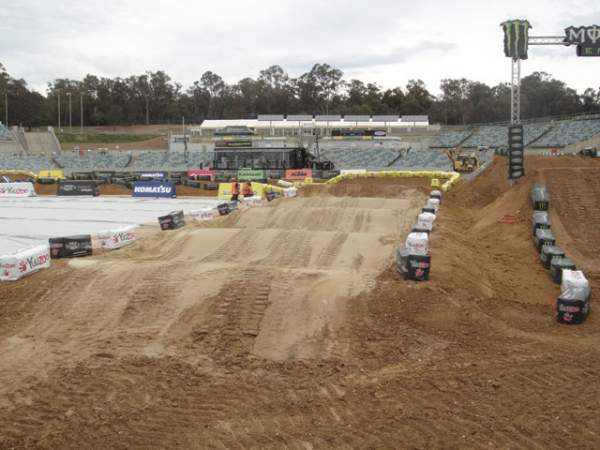 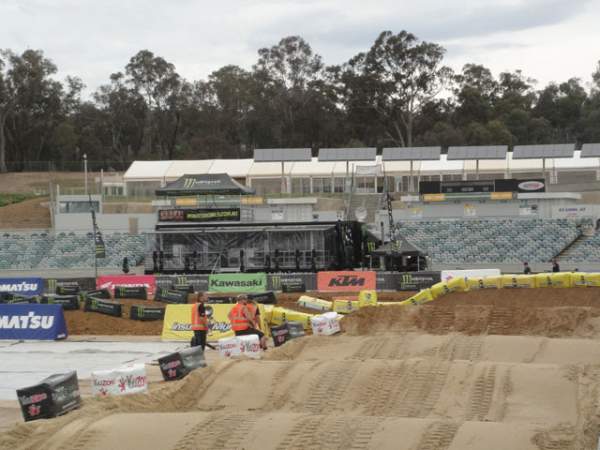 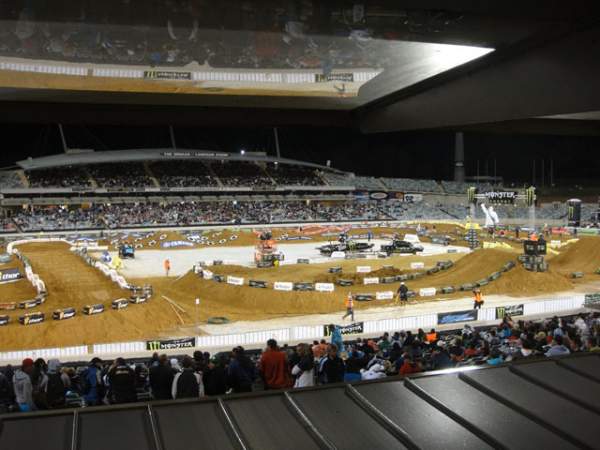 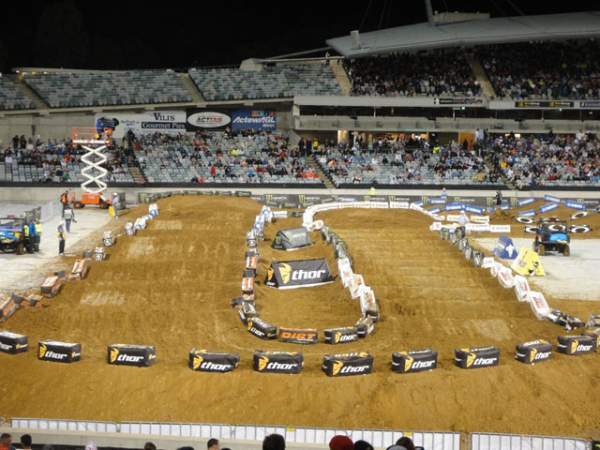 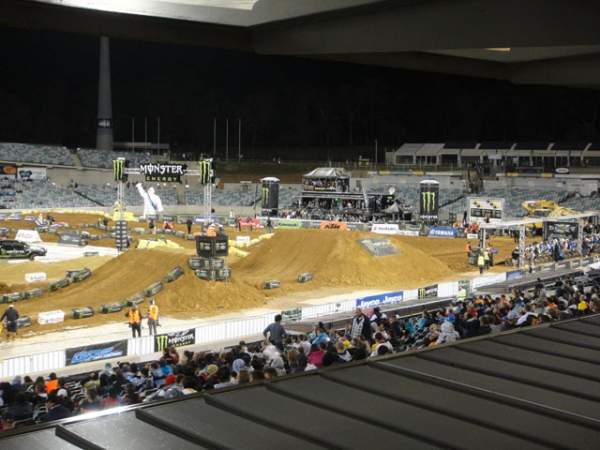