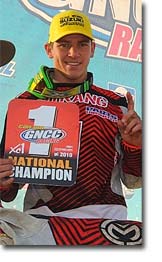 St. Clairsville, Ohio - October 11, 2010 - Josh Strang wrapped up the 2010 XC1 Pro title at Sunday’s Powerline GNCC in St. Clairsville, Ohio. Strang put in a hard charge aboard his 2010 fuel-injected Suzuki RM-Z450 late in the race to claim the championship with a dramatic pass for third in the last few corners before the finish. "It feels incredible to win the championship," said Strang. "It’s all been worth it from the day I got over here. To finally get the title is a great feeling, and I want to thank the FMF Makita Suzuki team for going out on a limb for me."

Strang’s championship-winning podium finish didn’t come easy. Josh got off the line in last place, and was having trouble finding his rhythm for the first lap of the three-hour race. By the second lap he had fought his way through the pack to fourth, immediately behind his championship rival. Strang worked for hours to find a way around, and his opportunity finally came on the last lap as they came out of the woods for the finish. "This was a tough race," said Strang. "The track was good, but it started to get really rough. This was definitely one of the hardest races I’ve done."

"Josh proved today why he will own the number one plate next season," said FMF Makita Suzuki Team Manager Mike Webb. "Champions always step up when they need to, and that’s what Josh did today. I want to thank the entire team for their tireless effort during the season."

Strang’s championship season has been an exciting ride. Josh tore out of the gate with four consecutive wins at the River Ranch, The General, Steele Creek and Big Buck rounds, followed by another podium finish at Loretta Lynn’s that launched him to a massive early lead in the points. At the sixth round in Yadkinville, NC, Josh suffered a major crash when he clipped a tree that nearly took him out of the race, but he was back on the podium just two rounds later at the John Penton GNCC in Millfield, Ohio. Two rounds later Josh took another race win, this time Lafayette, Tenn. at the Titan GNCC. His fifth win of the season placed him in prime position to wrap up the title early, a feat he accomplished with Sunday’s podium.

One race still remains on the 2010 schedule, the Ironman GNCC in Crawfordsville, Indiana, on October 23-24. Even with the title wrapped up, Josh will still be looking to finish the season strong with a win. 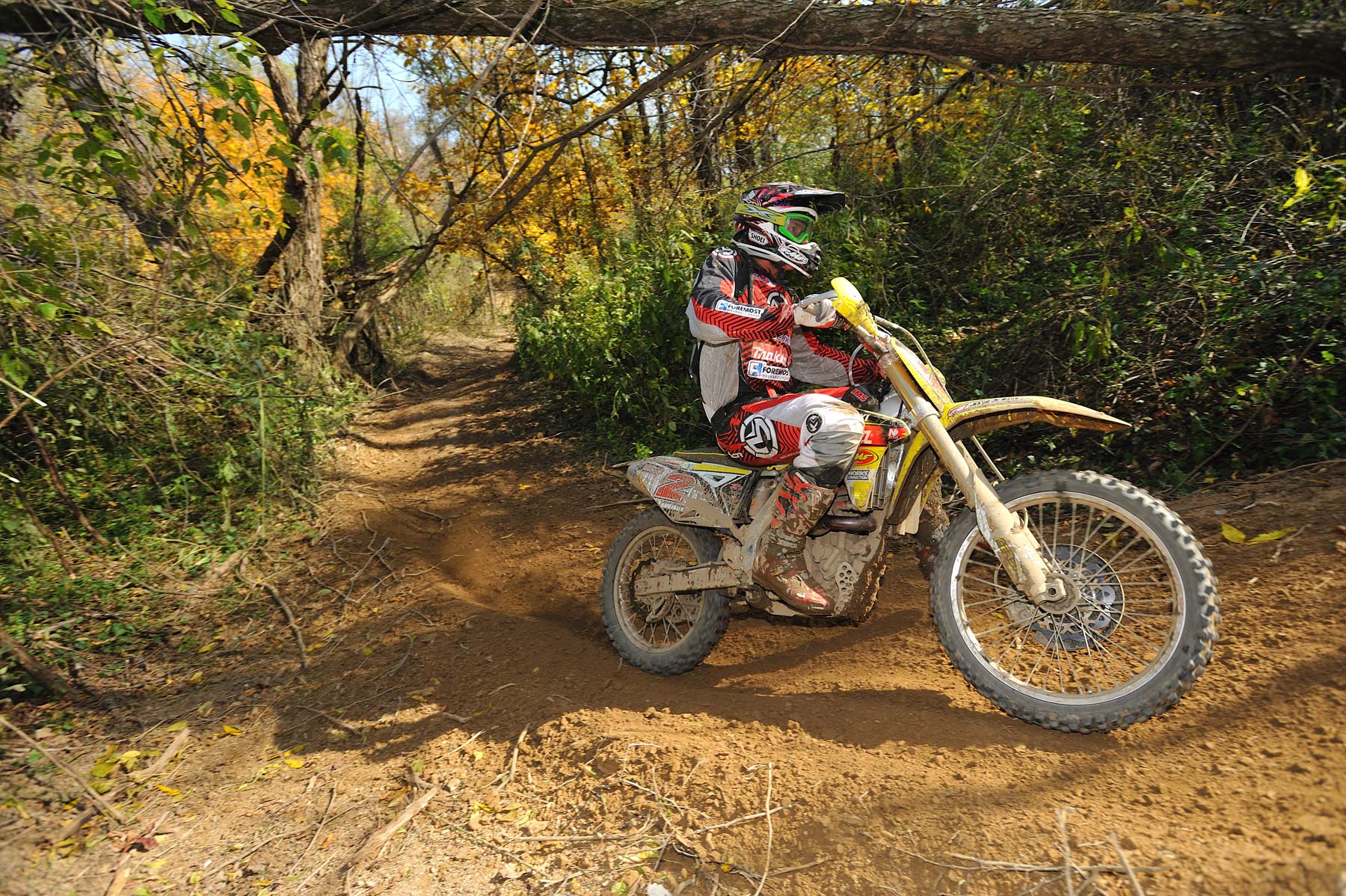 The dense woods made for treacherous racing, but Strang battled hard to clinch the title. 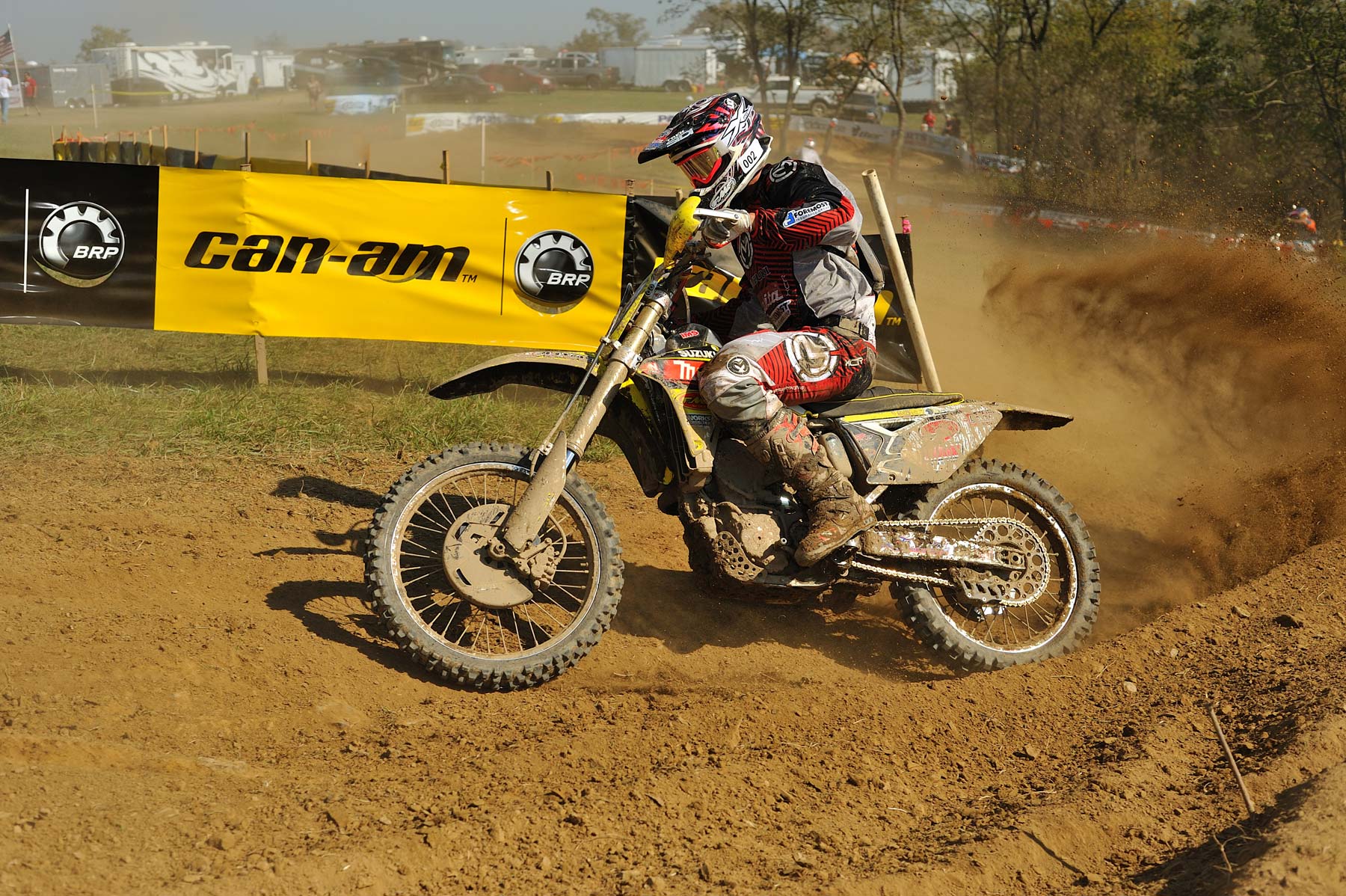 The fuel-injected RM-Z450's combination of power and agility made Josh's spectacular charge to the podium possible. 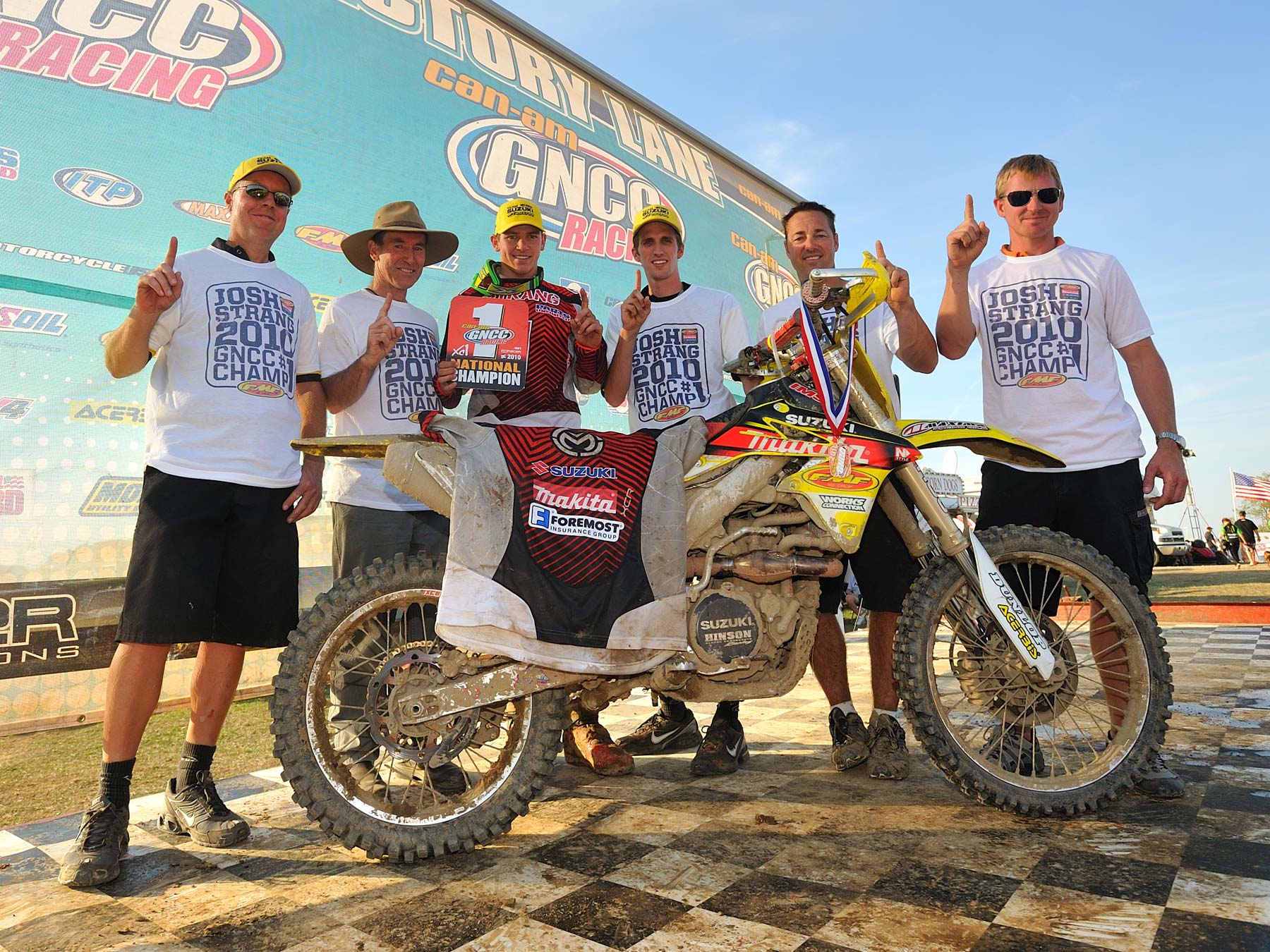 Josh Strang and his RM-Z450 claimed a dramatic podium finish to clinch the 2010 XC1 Pro championship.