Brea, Calif. – Rockstar Makita Suzuki is thrilled to welcome Brett Metcalfe to the team for the 2011 Supercross and Motocross race efforts aboard the championship-winning Suzuki fuel-injected RM-Z450. Metcalfe impressed the industry in 2010 with his strong finish in the AMA Pro Motocross series, with results as high as second place at the final race of the season at Pala Raceway. He ended his year in the Motocross series in second place behind his now-teammate Ryan Dungey, and showed plenty of promise on the racetrack.

Brett's talent and speed led him to be the natural choice to fill out the Rockstar Makita Suzuki team. His skills and the smooth power of the RM-Z450 will surely be a strong match, and success will surely be the order of business in 2011. With new Team Manager Mike Webb and Team Advisor Ricky Carmichael, Metcalfe and Dungey will be racing to keep the number one plate on the RM-Z.

"I'm really excited to be joining the team," Metcalfe said. "There's no doubt that the RM-Z450 is a race-winning machine, and I can't wait to start testing. I think the Rockstar Makita Suzuki team will be a good place for me to really focus on putting together a solid 2011. I'm looking forward to working with Mike, Ricky, and Ryan, and I'm ready to start racing."

The Rockstar Makita Suzuki duo of Champion Ryan Dungey and Brett Metcalfe will be testing the new 2011 Suzuki RM-Z450 in preparation for the start of the AMA Supercross series in January. 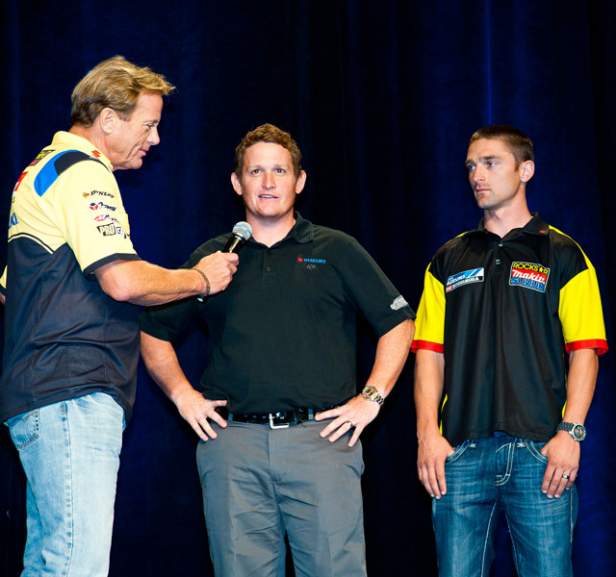 New Team Manager Mike Webb gets Ricky Carmichael's thoughts on the addition of Brett Metcalfe to the team's Supercross and Motocross roster.