"The 250cc four-strokes are going to be at a serious disadvantage at altitude, especially with an uphill start."

That was true for basically everyone in the MX2 class at this year’s Motocross of Nations, but apparently not for Ken Roczen. Somehow, the 16-year-old German not only ran up front in both motos, but actually got good starts!

On Saturday, during the MX2 qualifier, he hounded Team USA’s Trey Canard for the lead for the entire race, then passed Canard with a few laps left. Canard came back and pressured him, and on the last lap Roczen fell, ending up second to Canard. 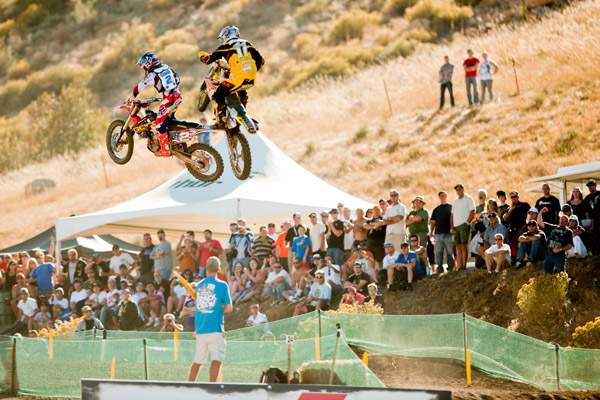 Then, on Sunday, in the MX1/MX2 moto, he started 13th and then climbed all the way up to sixth at the finish behind five great MX1 riders in Ryan Dungey, Antonio Cairoli, Brett Metcalfe, Jonathan Barragan and Gautier Paulin. In the MX2/MX3 moto, he managed to start in the top five, and then started passing guys. By the end of the first lap, he was third. By the end of the second lap, he was first!

Eventually, Ben Townley and Kyle Regal caught and passed him, but it was Roczen’s second moto in a row, and Townley and Regal’s first.

But the thing most people didn’t know was that Roczen put in this performance despite running a major fever throughout the weekend. He was sick, at altitude, and on a 250F, and he still put in the best results Germany could muster and was the main guy responsible for Germany leading the event going into the final moto.

He’ll be over here racing supercross in 2011 for KTM, and if he rides like he did in Colorado, we’ll be hearing a lot more about him soon enough. 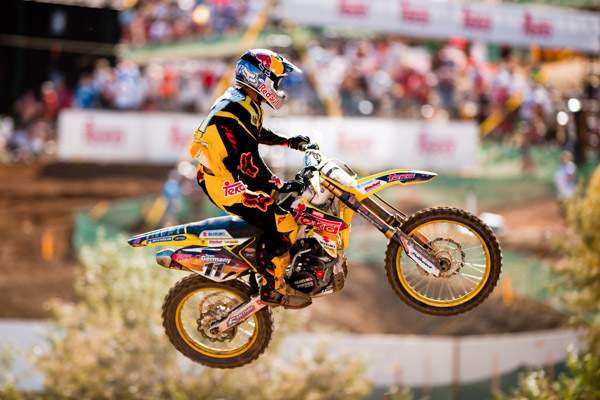