Lakewood, Colo. – Yoshimura's Ryan Dungey and Andrew Short led Team USA to victory of the Motocross of Nations on Sunday at Colorado’s Thunder Valley Motocross Park. Dungey, acting as the team captain, put in two perfect motos on his Yoshimura-powered Suzuki RM-Z450, while Andrew Short put on an inspiring performance and finished the final race of the day in second behind Dungey. The win marks Team USA's 21st win in the history of the 64-year history of the Motocross of Nations, and Dungey was on the winning team in 2009, as well.

Both Dungey and Short had great practice and qualifying times, which gave them some confidence going into Sunday's races. Moto 1 saw Ryan Dungey do battle with Italy’s Antonio Cairoli for much of the race, and Dungey was determined to show the world that he is one of the fastest racers on a dirt bike. The Yoshimura power of Dungey's Suzuki helped him to pull away from Cairoli, and the freshly crowned 2010 AMA Pro Motocross and Supercross champion finished 10 seconds ahead of the pack, much like he's done for most of 2010.

Short put on an inspiring performance after a crash in the second moto left him dazed and without a clutch lever.  The start of the second saw Short pull a massive holeshot, coming from the outside around the entire MX2 and MX3 field. Several laps later New Zealand’s Ben Townley knocked Short to the ground, and for a moment it looked like the Team USA rider wouldn’t be able to continue. Short dug deep and remounted, charging back to 13th place without a clutch lever. "I was pretty dazed; he (Townley) hit me so hard," said Shorty. "I was just trying to get everything sorted again, and then I got my bike up and realized the clutch lever was gone. I knew I couldn't give up."

In Moto 3, Team USA trailed Team Germany by 2 points for the overall. Both Dungey and Short were on the starting line ready to rumble with the best racers in the world, and when the gate dropped, Andrew Short's Yoshimura-equipped Honda CRF450 shot out and took the holeshot. That Yoshimura power has led Short to multiple holeshots this year in the AMA Motocross series, and it didn't fail him in Colorado. Another racer benefitting from Yoshimura pull was Ryan Dungey, as he put his Suzuki into second position behind Team USA teammate Short. Eventually Dungey moved to the lead and pulled away to another convincing victory on the world stage.

"This weekend was quite amazing," Dungey said. "The track was rougher and better than yesterday. I felt the pressure from Cairoli in the beginning, but the line choice increased as the race went on. This is right at the top considering what I have won this year. Everything must go right to win at this event. It is hard to put into words, but it's like the experience of a lifetime. I felt like we really stuck together as a team and that helped a lot. We never quit and always kept pushing. I want to thank the team and everyone behind us." 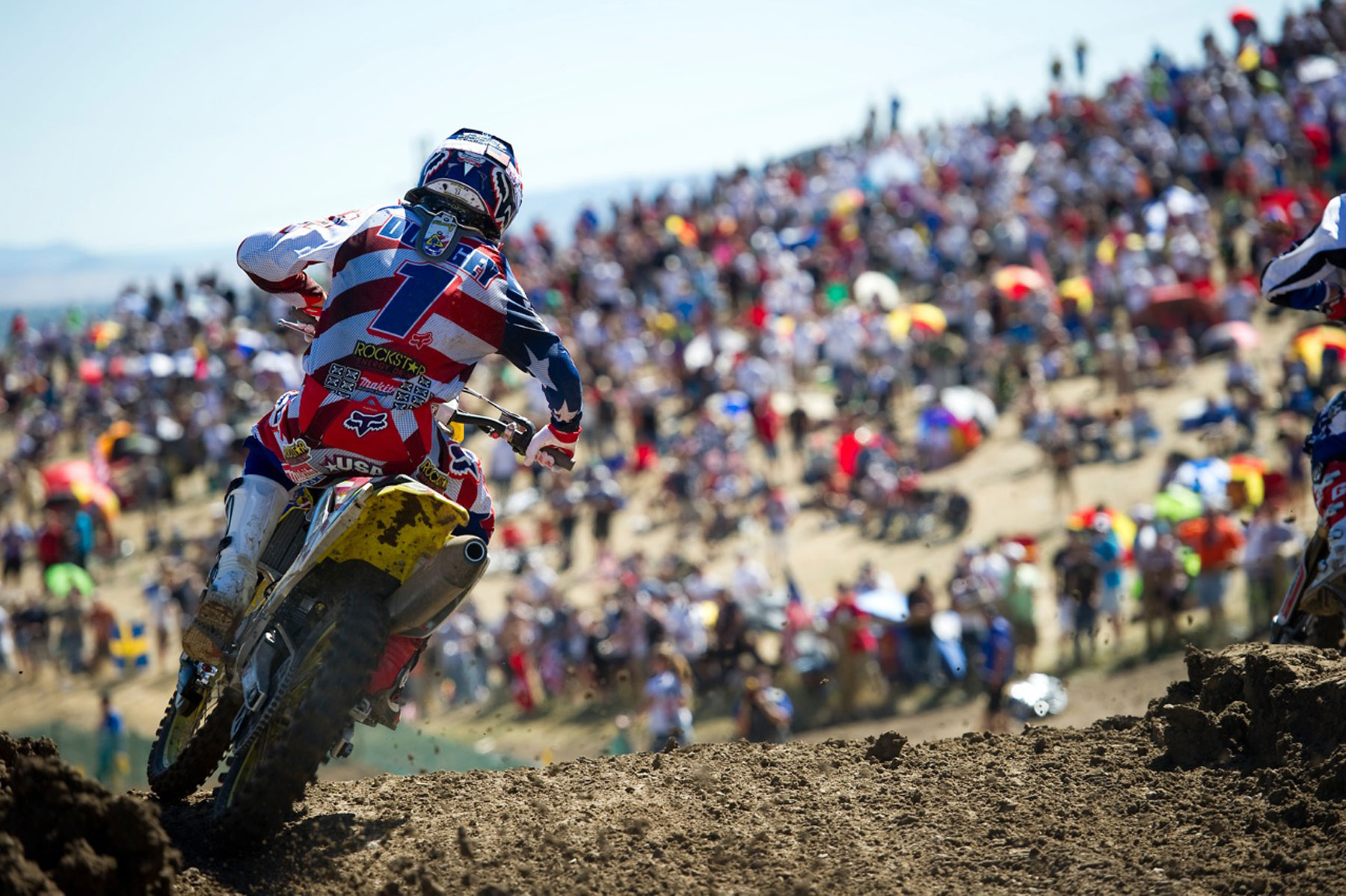 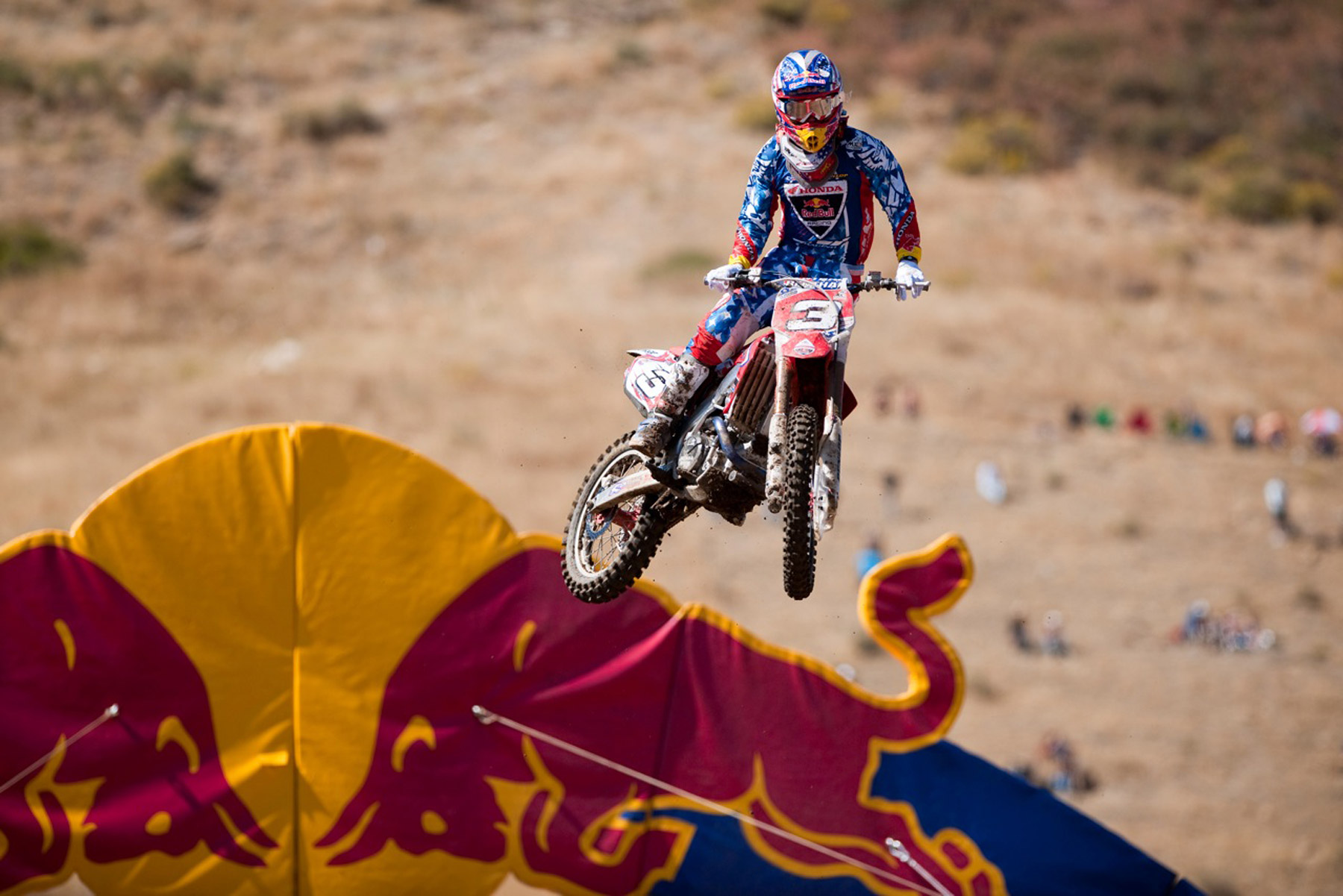 Andrew Short got the holeshot in the final race of the Motocross of Nations and followed Dungey to the finish line. 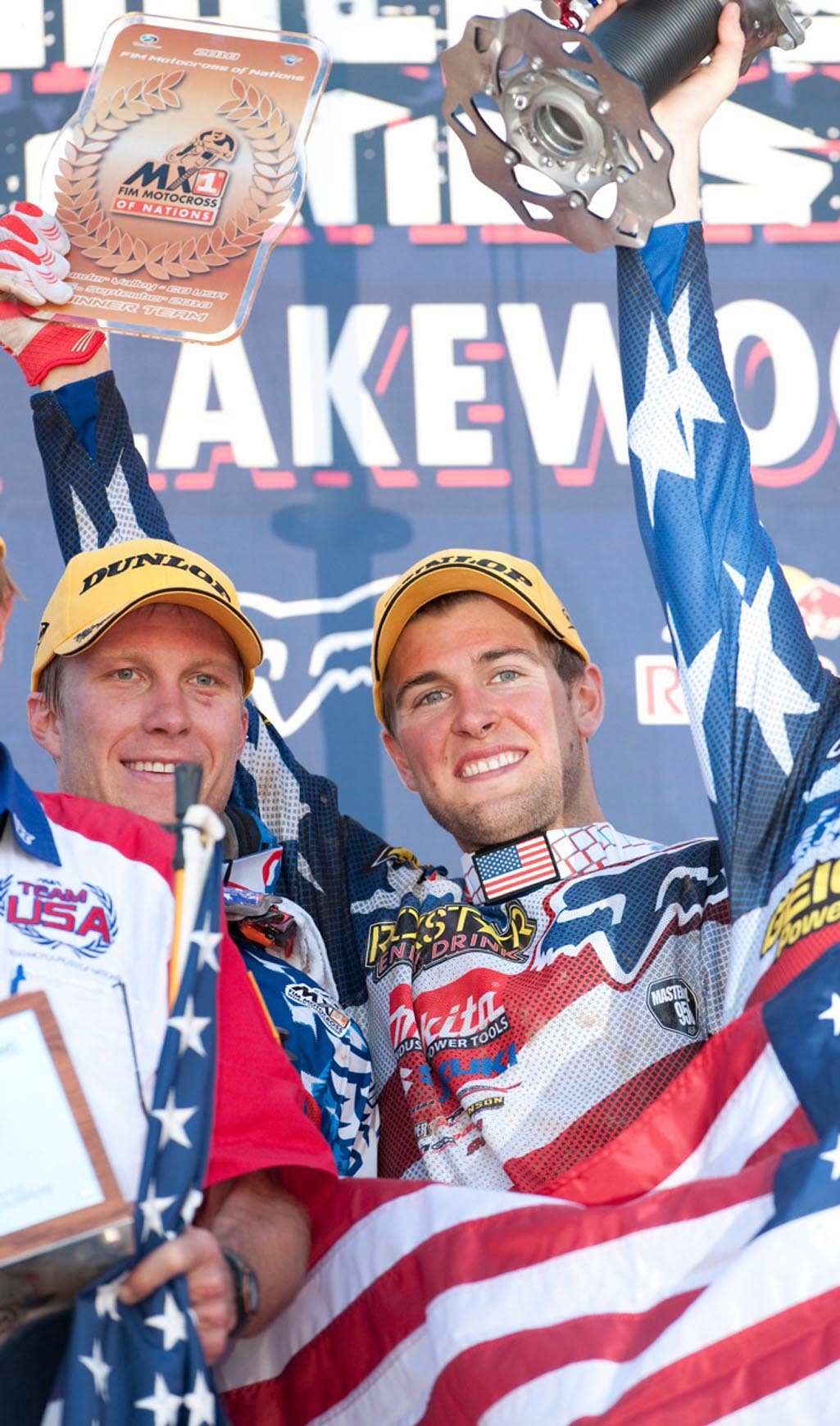 Yoshimura's Short and Dungey celebrate on the podium after taking the win for the USA.