I received a phone call a few weeks before the Southwick National from former factory Honda rider Scott Sheak, who politely asked if he could get a pass to the event—he hadn’t been to a professional race in many years, due to some tough times he’d been through. When I saw him at Southwick, "Sheaky" was with some old friends, looking healthy and fit. We sat down in the media center and talked about his career, where he’s been, and what the future holds.

Racer X: Scott, you had a pretty successful career – if I recall, you came onto the scene by winning a championship at Loretta’s in 1993 and parlayed that into some top privateer rides, which ultimately led to a factory ride with mighty Team Honda in 1997.

Scott Sheak: Yeah, after turning pro I just kept pushing forward with my results and was making progress. It took a while, but in 1996 I was able to win a moto at High Point as a privateer on my RM125, which I think turned some heads and helped me to get a factory ride. In 1997, at the same High Point racetrack, I was able to score a convincing 1-1, which earned me the overall. It was a pretty cool day. I raced a few more years in the USA and had some good results and went on to race a few seasons in Europe, then came back to the USA and had a ride with Plano Honda.
In 2002, I had a series of concussions, which was like three in one month, and my doctor told me I could become a vegetable if I got another one. That scared me a little bit, and I raced my last national at Hangtown. Plano Honda needed a team manager, and I just pretty much stepped into that position. After the team folded, I went over to the WBR program and started that deal from the ground up. We were a brand new team, and we had some good results right out of the box. I then moved from WBR over to Kawasaki, where I was working along with Mike Fisher in the testing department. We were working on the four-stroke 450, and that was really cool. But that was short-lived, as my marriage had taken a turn, and I split with my wife and moved back from California to New York.

So you left the motocross business then?
Yeah. I was just over motorcycles and over the whole thing. About five years ago, I came back to New York due to some personal problems with my wife. I came back to my family here in New York and started raising racing horses with my mother. It was always kind of a dream for her, so we got a farm and went about doing that. We actually had some good success, and the farm pretty much paid for itself. But, having done that now for five years, we are scaling back and just boarding horses.

You had mentioned you had some personal issues once you quit racing. Are you comfortable talking about those?
I did go through some tough times. At one point, I was sitting face-down in the hospital with two days to live. I was drinking myself to death. I came back to New York five years ago and was just lost. I was confused and devastated. My racing was over, my job in the industry was over, my marriage was over, and I was full of rejection and disappointment. I couldn’t figure out how to fix things, and I ended up going to the bottle to numb out everything I was going through. It became a really big problem. About two years ago, I found myself face-down in the hospital and was diagnosed with congestive heart failure, and the doctor said I had two days to live.

{LINKS}Wow.
Basically, at that time, all I saw was black through my eyes every day. During my racing career, I never felt a sense of achievement, no matter what I did. I was never totally satisfied, no matter what place I got or how much money I made. The things I thought would make me happy really didn’t. Once I stopped racing, then everything changed, and I really needed to find myself. My story is pretty powerful, and that’s only part of it, as I had a lot of other issues as well. So anyway, that was the turning point, when the doctor said I had two days to live. I could either go one way and keep doing the stuff I was doing, and where I was totally broken, or I could surrender to whatever I could do to turn my life around. I decided that I wasn’t ready to let myself die. 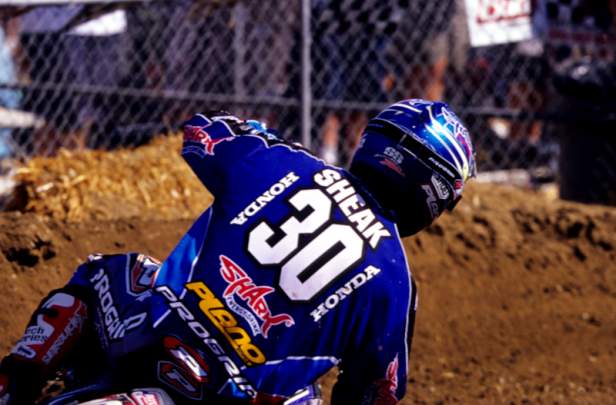 Who did you turn to at that point?
Well, it didn’t happen overnight. I was seeking help and had been in multiple rehabs for drug and alcohol. It was a real problem, though. Through my faith, that has been a big help. My relationship with God has helped me. I live a Christian life – I am far from perfect, but the advantages that I have now has really pulled me through a hard time. My pastor was one of the biggest helps—Gerome Halstead in Hudson, New York. He took me into his house and I lived there for a while. He opened up his house for me and helped me to figure out who I was. Also, I have to thank my parents, and especially my mother and father. When I came back, I was a tornado. I was out of control and did a lot damage to them. They have walked through the whole thing with me and stood behind me and helped, even when they were hanging on by a thread. They have had it the worst.
I can walk through any problem now. Before I would always just go to the left or to the right around a problem, but now I feel that it has matured me as a man. It has actually turned out to be really good.

I can only imagine some of the things you and your family have been through, but looking forward, what is next for you?

Well, my love and interest for motorcycles has come back. If you had asked me a few years ago, I wanted nothing to do with motorcycles. But in reality, it’s all I really know. I want to try and help people now and help out some kids. Not too many people can say they went 1-1 and had a factory Honda ride, and I think my experience is pretty well-rounded. I think I have a lot to offer, and I’m looking to get a start somewhere in the industry. All of these years, I’ve had some long relationships, like with Scott Goggles and Bevo [Forti]. I’m just here at Southwick to network a little and let people know that I’m back. 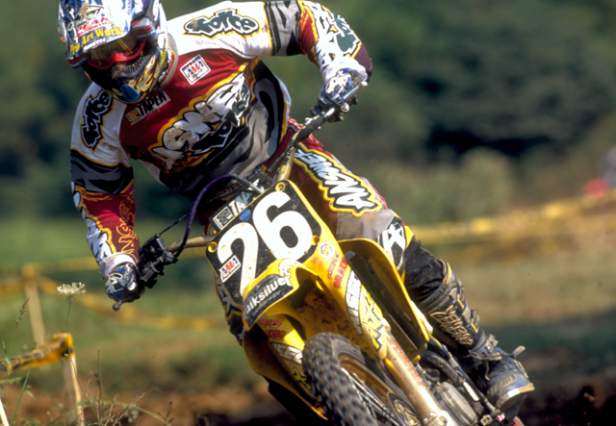 Do you think you might race again?
I’ve been staying in shape and feel pretty good. I have to do that because of my heart condition, which is the incentive to keep in shape. So yeah, I might do some local races or whatever—I know I’m still fast! I would like to do Loretta’s next year as well, but we’ll see on that.

I’m glad to see you’re getting it turned around. Good luck with everything. And if people want to get a hold of you, what’s the best way to reach you?
I can be reached via email at scottsheak@yahoo.com or via my Facebook profile.

Ed. note: After visiting Southwick, Sheak decided to get moving on things and purchased a 2011 Kawasaki KX450F. The following weekend, a local racetrack, Claverack Motocross, was hosting a round of the regional MSC Championship. Despite only having ridden his new bike two times, Sheak decided to show up and give it a try. Wearing #5 and racing the 450, +25, and +30 Expert classes, he won five of six motos. (Coincidentally, Sheak competed in his very first race at the same track in 1979.) Sheak has since picked up some support from Kawasaki Team Green, Factory Connection, and Pro Circuit—three of his longtime sponsors—and still plans to head to Texas for winter riding and coaching.

Have an idea or contact info for a potential Where Are They Now? candidate? E-mail us at letters@racerxonline.com.