Alabama is currently number one—in college football, that is. When it comes to motocross, it could be a little difficult to name some top Yellowhammer State stars. Quite a few talented racers call Alabama home, though, and you can vote on the five fastest in the poll below. (Special thanks to Allen McWilliams, Eric Hunter, and Andre Pene for the help.)

{LINKS}
Joey Bruer (Placed eighth overall in 1974 AMA 500cc Supercross Series aboard a Kawasaki. He is still the only Alabamian to finish in the top ten in a major AMA series.)

Johnny Borders (Placed second overall at the 1973 AMA 250cc National held in Sligo, Kentucky. He says he was in contention for the overall win when he went over the bars late in the second moto.)

Rodney "Hot Rod" Herring (In his first and only appearance in an outdoor national, the Yamaha of Ozark-sponsored rider took his Al White-prepared YZ125 to seventh overall at the 1980 St. Pete 125cc National. In 100-degree heat, he went 6-10. The effort gave him the national #84 for 1981.)

Clark Stiles ("The Alabama Slammer," earned national numbers from 2000 through 2006 with the lowest being #31. He placed ninth at Steel City in 2001 in the premier class.)

Ricky Palmer (Yamaha rider who competed on the outdoor national circuit from 1980-’96. He qualified for dozens of events and is arguably Alabama’s most experienced outdoor rider.)

Andre Pene (Longtime Suzuki rider scored national points three years in a row from 1995-’97. Two of those points came at the Troy, Ohio, 250cc National in 1997 in the second moto. He also took an eighth in 125cc supercross in Charlotte, North Carolina.)

Heath Harrison (Kawasaki rider who has exploded onto the national scene in 2010, scoring 31 points in the 450 Class.)

Darryl Heisler (Alabama’s top money rider in the ‘80s and ‘90s, he also qualified for several nationals during his career.)

Audie Ward (Yamaha rider and the state’s fastest minicycle racer in the early 1970s. He went on to dominate the 125cc class locally, but a severe wrist injury in 1980 at the Florida Winter Series cut his career short.)

Furman Gray (Broke into the scene in the early ‘90s and qualified for several outdoor nationals.) 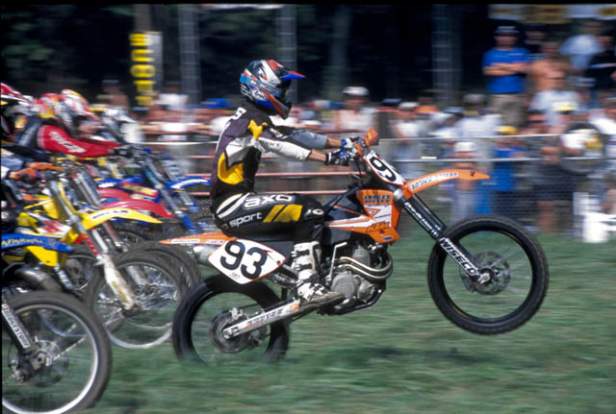