LONDON, ONT (September 3, 2010) – Since 1992, The Parts Canada TransCan at Walton Raceway has showcased the talents of Canada’s top amateur motocross racers, as they compete for Canadian Motocross Grand National Championships. A major feature that was incorporated 5 years ago into the weeklong TransCan event was the Parts Canada Cup Canadian Amateur Motocross East vs. West Shootout.

The Parts Canada Cup Canadian Amateur Motocross East vs. West Shootout provides the battle grounds as youth and amateur racers from the East Coast and West Coast get a chance to race head to head. The intention of the Parts Canada Cup is to find out which coast produces the fastest young riders, so their respective team managers decide over the course of the week which amateur and youth riders will wear the blue (west) or red (east) Parts Canada Cup bibs on the track in between Pro races on Sunday.

"We (Parts Canada) are thrilled to have been involved (for the first time) with the Canada Cup at the Parts Canada TransCan Walton weekend. It is such a fantastic exhibition of our Canadian talent and it really offers us a preview of who to watch for in years to come. But beyond seeing our future of motocross it is a fabulous way to bring our riders together within our race community. We are very proud of this event and of the managers and racers who participated in it." 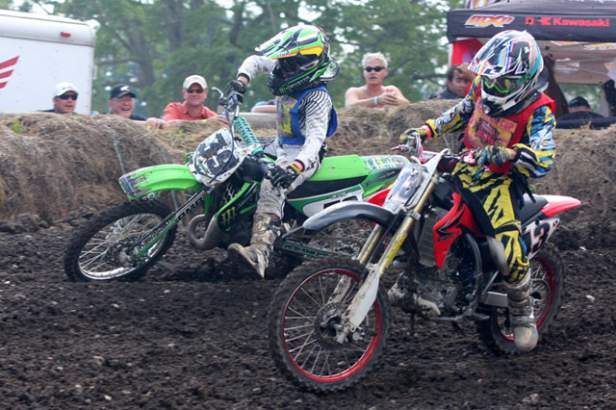