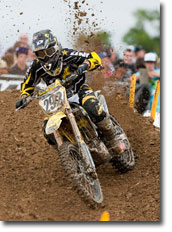 Delmont, PA – September 7, 2010 – The penultimate round of the 2010 AMA Pro Motocross season at the legendary Steel City Raceway in Delmont, PA, saw Rockstar Energy Suzuki’s Austin Howell post his best results since his professional debut at Unadilla. The young racer, who was competing at Loretta Lynn’s for an amateur title just a few short weeks ago, piloted his fuel-injected RM-Z450 to 11-16 finishes to take 15th overall in the pro class. Austin has made steady progress as he gains more experience racing as a professional, and hopes to draw on that experience to post his best results at the upcoming Pala race.

Austin’s teammate and fellow 450 rider Tommy Hahn suffered a crash during practice before the race, leaving him with a separated shoulder. Despite the injury, Tommy lined up at the start of moto 1, and launched off the line inside the top five. Tommy ran as high as fourth before the shoulder injury began to take its toll, and Tommy pulled off the track around the halfway mark.

In the 250 class, Ian Trettel also took a shoulder injury in moto 1. Trettel suffered the injury when he went down in turn one, but continued to ride. A subsequent crash took him out of the race. Trettel will be taking some time off the bike to recover, which means he will be missing the final round of the 2010 season at Pala. "I just want everyone to know that I’m OK," said Trettel. "I’m going to take a couple of weeks off, then I’m going to get right into Supercross training."

The final round of the 2010 season will take place on September 11 at the Pala raceway in Pala, California. This will be the first national held at the new facility, and is sure to be an exciting close to the season. 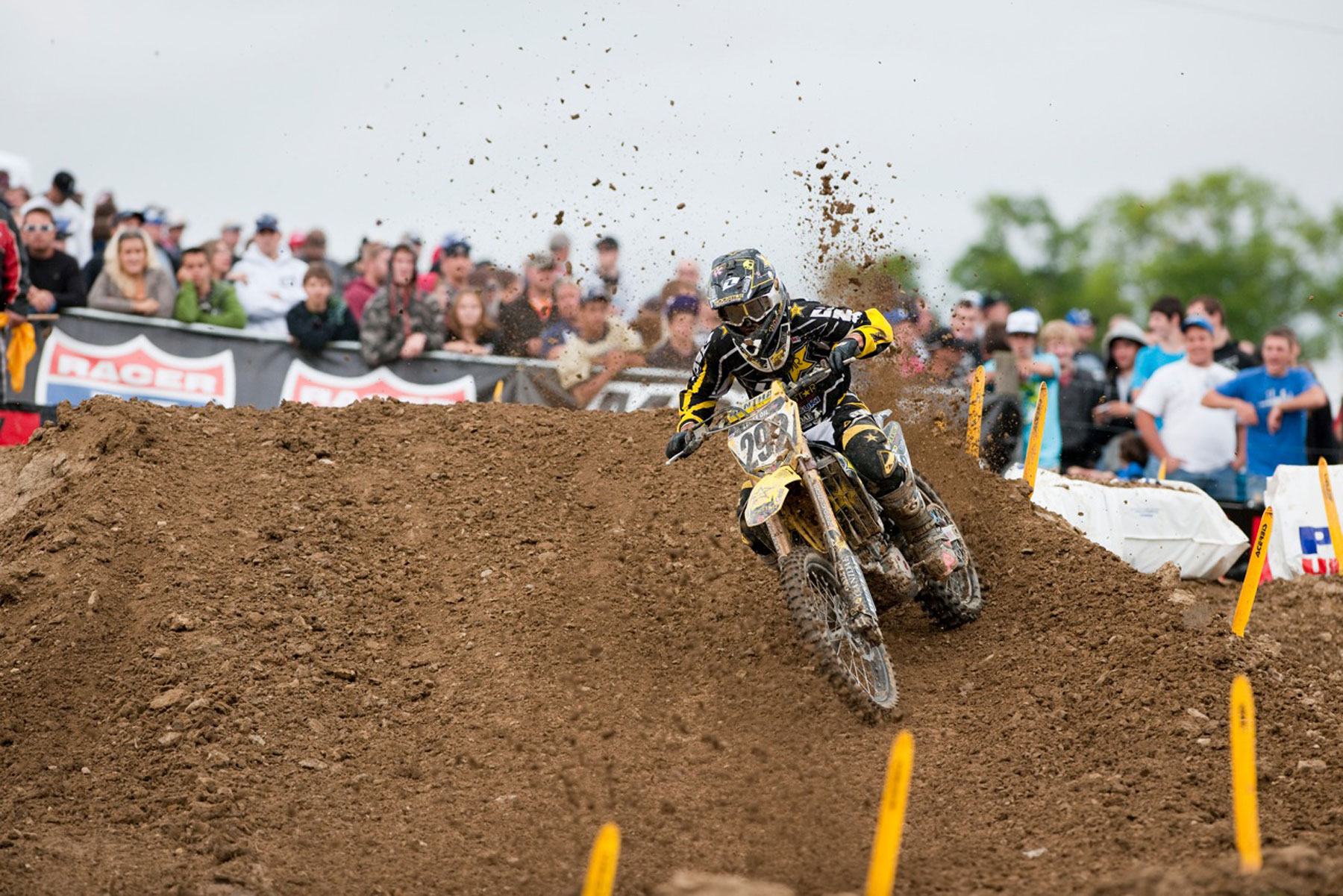 Austin Howell put together his best performance at Steel City, nearly breaking into the top 10 in the first moto. 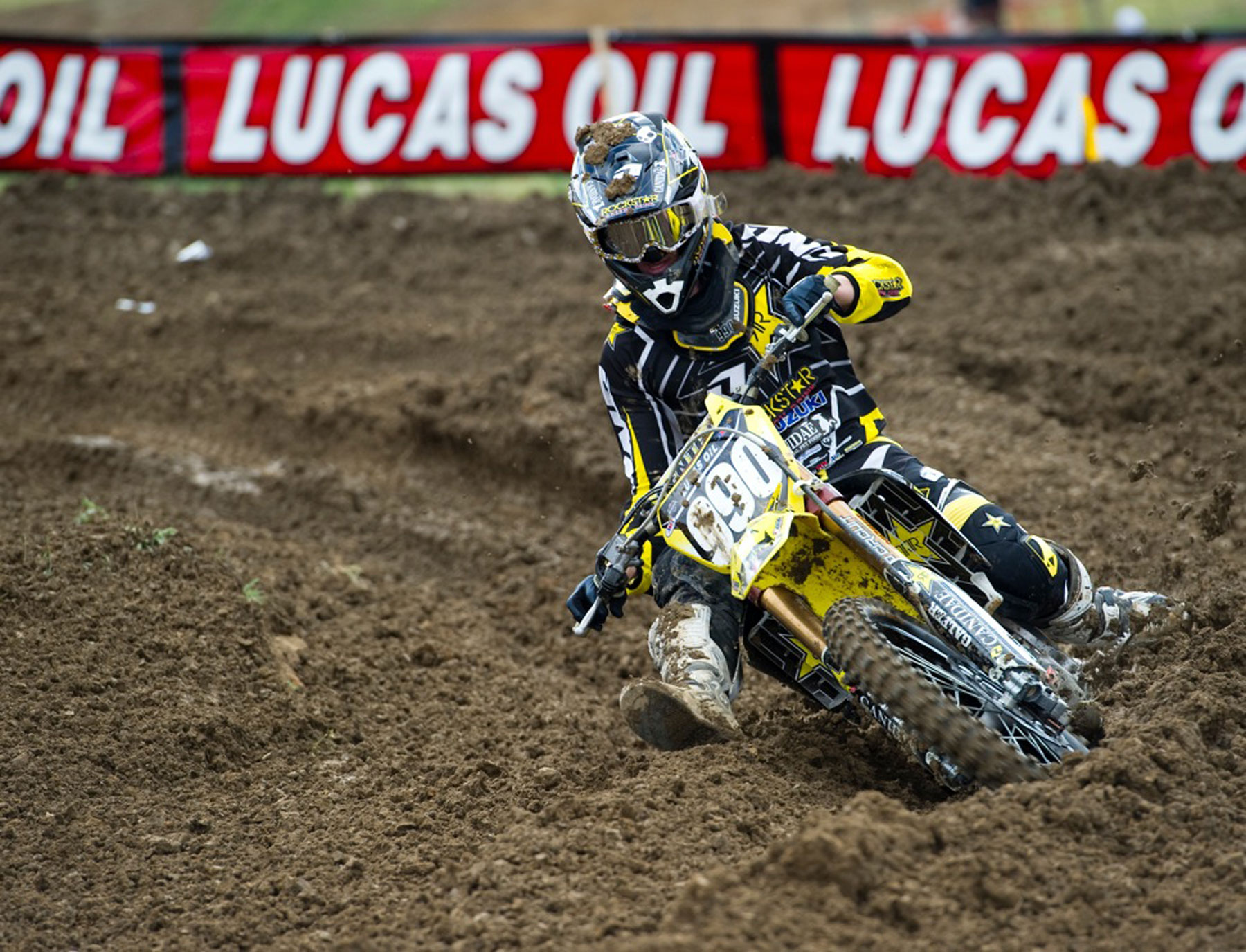 Ian Trettel's shoulder was injured during a first-turn mishap in moto 1 of the 250-class race. He will not race at the season finale in Pala. 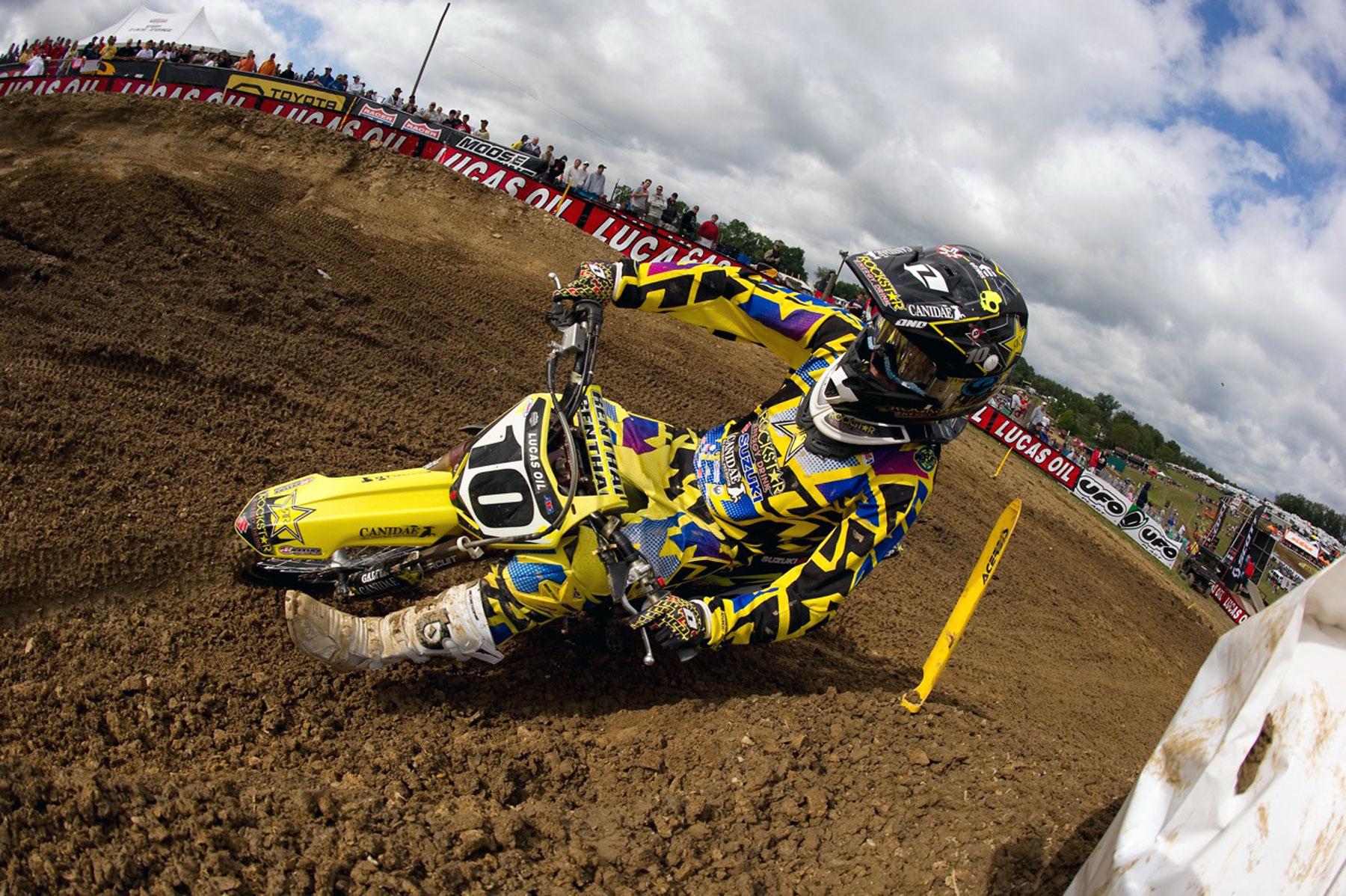 Tommy Hahn separated his shoulder during practice for the 450 class but still tried to soldier through moto 1.