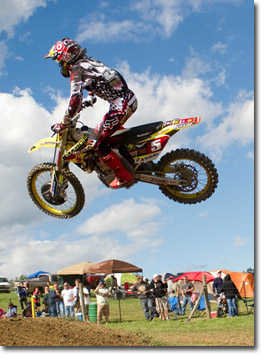 Brea, Calif. – September 5, 2010 – Rockstar Makita Suzuki's Ryan Dungey sewed up the 2010 AMA Pro Motocross championship last weekend at the Southwick National, but coming into Round 11 at Steel City on Saturday, Ryan showed the mark of a true champion with his hunger for a win. While the first moto didn't go as planned, Dungey nabbed the victory in the second moto in Delmont, PA, making it his 17th moto win out of 22 so far in the outdoor series and adding fuel to his history-making rookie season.

After a first-lap get off, Dungey realized the brake caliper on his bike was damaged and he wouldn't be able to complete the moto. He was unhurt and the Rockstar Makita Suzuki team worked flawlessly together to put the bike back into race-winning form. Dungey won the last nine overalls in a row, and this marked the first time in the 2010 AMA Pro Motocross season that he wouldn't complete a race.

Dungey didn't let the first moto mishap throw his entire day off course. In the second moto, Dungey was determined to win despite having the championship already. Ryan made some great passes at the start of the race that put him in his usual spot: up front and putting time between himself and the rest of the pack. By the time the checkered flag waved, Ryan was well ahead of the competition on his fast and smooth Suzuki fuel-injected RM-Z450. His win was enough to give him sixth-place overall, which is pretty impressive in a field of 40 racers.

Ryan and the Rockstar Makita Suzuki team are already preparing for the final race of the season this coming weekend at Pala Raceway in Pala, California. Dungey will be ready to battle for another win to add to his amazing rookie 450 career, and then celebrate his second championship of 2010. 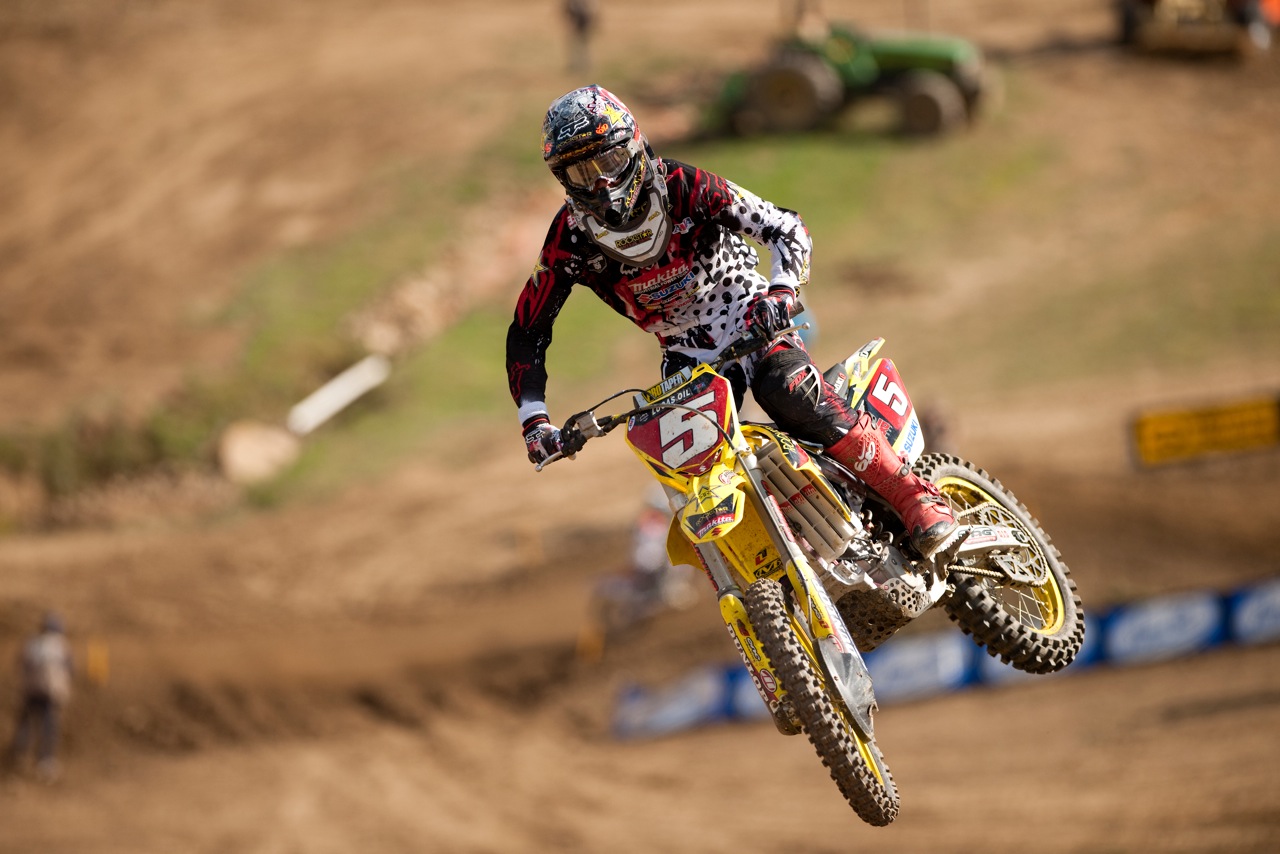 Ryan Dungey put time between himself and the rest of the pack in moto 2 on Saturday. 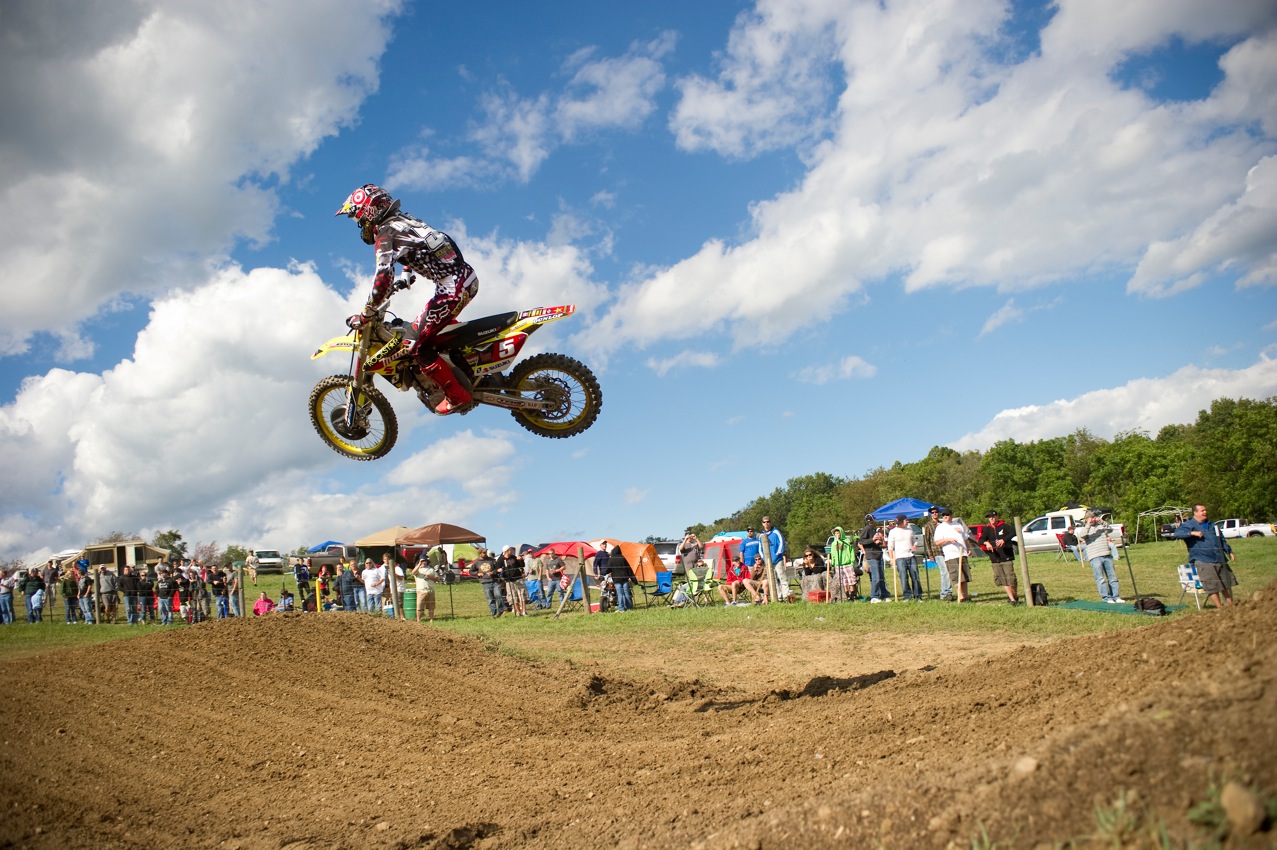 With his moto 2 victory, Dungey has won 17 of the 22 motos so far in the AMA Pro Motocross series. 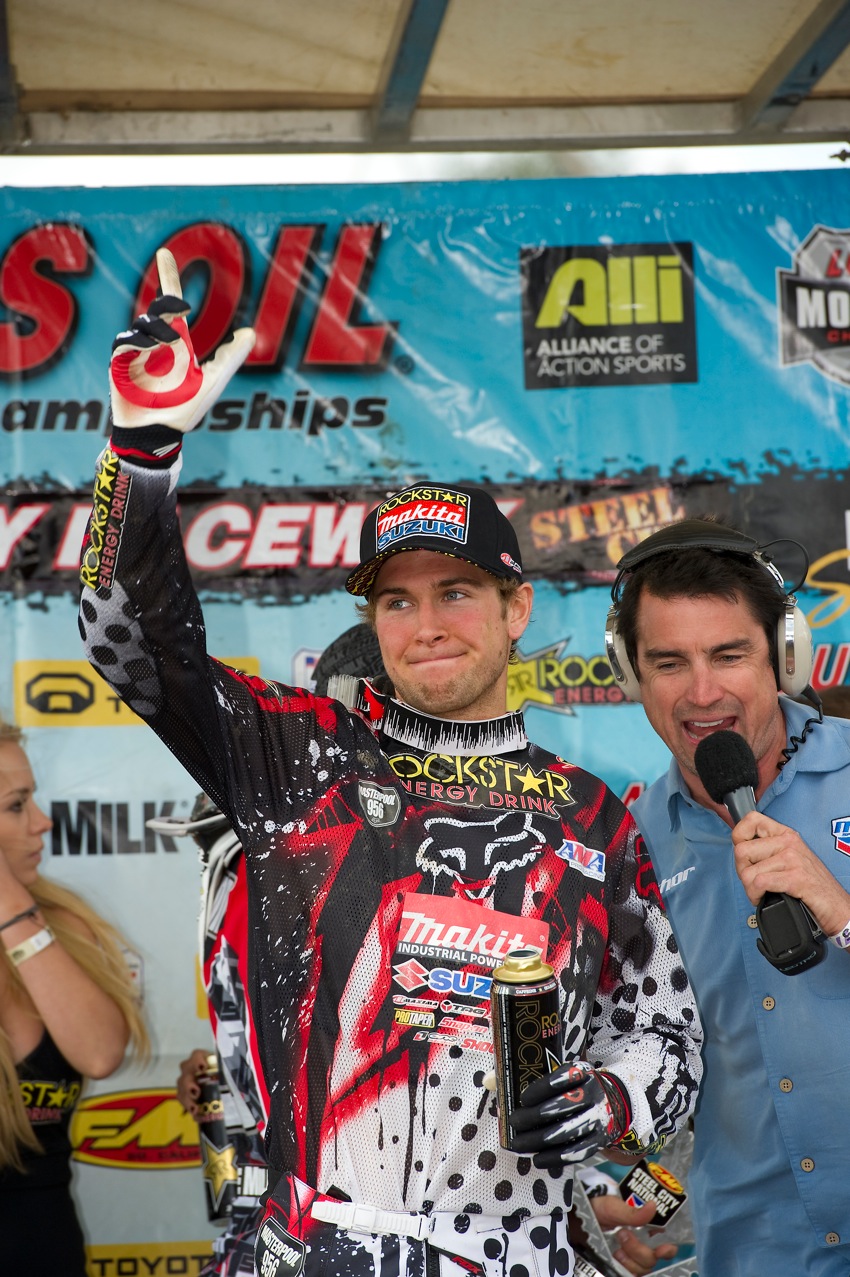 The win in moto 2 was good enough to put Ryan in sixth overall for the day.