America’s top international motocrosser Zach Osborne enjoyed a busy but rewarding weekend of action in the UK as he won the penultimate round of the Maxxis British Championship placing several fingers on his first title and then  grabbed third position overall at the high-profile Ken Hall International.

Osborne went 2-1-1 at the new circuit within the motorsport (F1 and MotoGP venue) complex of Silverstone and defied wet and muddy conditions to eke out a 47 point lead in the MX2 standings on his Bike it Cosworth Yamaha YZ250F. Only 75 points remain with the final round of the series taking place in the dark sand of Hawkstone Park in the first weekend of October. The 20 year old has been superlative in the British competition and has won five of the seven rounds so far.

Travelling from Northants south to Langrish Osborne was again in action for the popular Ken Hall event and collected fourth and fifth positions against the bigger 450cc machines in a cautious outing to again mount the podium.

The Virginian is currently fifth in the FIM Motocross World Championship and the next two weekends will be taken up with the final two outings of the season; the Grand Prix of Benelux in the sand of Lierop in Holland and the Grand Prix of Italy at Fermo. He will then appear at Thunder Valley for the 64th Motocross of Nations.

"To say it was a hectic weekend is an understatement but now we have a few days off before a tough GP in the sand of Lierop," he said. "The track wasn’t the best at Silverstone and I rode tense in the first moto but found my way in the next two.  There is no better training than racing so it was useful to be at Langrish and it was cool to do an event with a decent history like that. The track was fast so it was difficult against the 450s. The end of the season is coming around quickly and we have several goals we want to achieve and are within touching distance; it will be an important couple of weeks for sure."

For more information about Zach and his racing exploits check out his Blog at: http://www.osborneoracle.blogspot.com/ 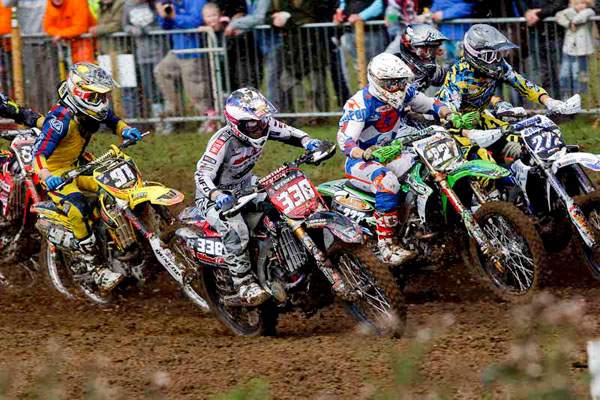