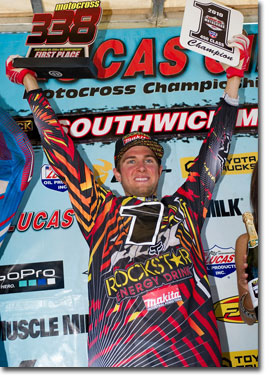 Brea, Calif. – August 30, 2010 – History has been made. Ryan Dungey is the 2010 AMA Pro Motocross Champion, securing his second title of the year this weekend at Southwick MX in Massachusetts. The 20-year-old rookie has gained enough points in the series with his complete domination of the 450 motocross class to take home the trophy with two races still left on the schedule. Dungey claimed the 2010 AMA Supercross title in May, making him the youngest rookie racer ever to do so, and now has added the Pro Motocross championship to his list of accomplishments, making him the only rookie ever to clinch both titles. Dungey has been unstoppable on his Suzuki fuel-injected RM-Z450 and has taken home the win in the past nine races in a row and won 16 out of 20 motos

"What Ryan has done, no one has ever done before including McGrath, Stewart, Carmichael," Team Manager Roger DeCoster said. "No one has ever won both the Supercross and a National Championship back to back as a rookie. It's pretty impressive. Sometimes, because Ryan is such a subdued nice guy, you don’t really realize what a big thing that he has done. I expect more and more perfection, but you look back and see that he is doing things that no one has ever done before – it's pretty impressive."

Dungey went into Southwick focused on racing his best race, like always. He lined up at the gate determined to give his best performance on the sandy, technical track in Massachusetts, and at the start of moto 1, Dungey started near the front of the pack. He moved into second place and stayed there most of the race. During the last lap, Dungey was battling for the lead when the opportunity to move up presented itself. Dungey and his RM-Z450 took the lead with less than a lap to go and took the win.

With the championship in view, Dungey lined up for moto 2 focused on finishing strong again. Dungey moved into the lead early in the race and by the time the checkered flag flew, he was more than 24 seconds ahead of second place. Dungey clinched the title by ending the day 151 points ahead of second place with only two races left on the schedule.

"This feels great," Dungey said after the race. "It’s a lot of hard work and a lot of long weeks in the off season to prepare for this, but its all the better when you pull it off and win the championship. It's not all me, everyone on the Rockstar Makita Suzuki team put in 110 percent into everything they do and that’s all I could ever ask. We work well together and enjoy working together at the same time. It makes it fun."

"The Suzuki family is ecstatic to add this championship to our trophy case," Rod Lopusnak, Suzuki’s National Sales Manager for the Motorcycle Division, said. "Looking back at the last year, it is hard to find one word other than ‘Champion’ to express what Ryan, the RM-Z450, and Team Rockstar Makita Suzuki have accomplished in their rookie season!"

"Congratulations to Ryan Dungey for his awesome, record-breaking rookie season!" Yoshimura R&D of America Vice President Don Sakakura said. "Ryan's courage, superior skills, and diligent conditioning were instrumental in his dominating motocross season, accomplishments which Ryan will surely cherish for a lifetime. His Suzuki RM-Z450 performed flawlessly all season long, and we must offer sincere appreciation to the Suzuki engineering team abroad, as well Roger DeCoster and his team of race technicians."

"It's been a perfect season; probably a season we will remember for the rest of our lives," DeCoster said. "It's never happened before – a rookie has never won back to back championships. Ryan has done it."

The next AMA Pro Motocross race takes place at Steel City in Delmont, PA, on September 4th. Dungey, despite having clinched the title, will be focused on battling for the lead there. 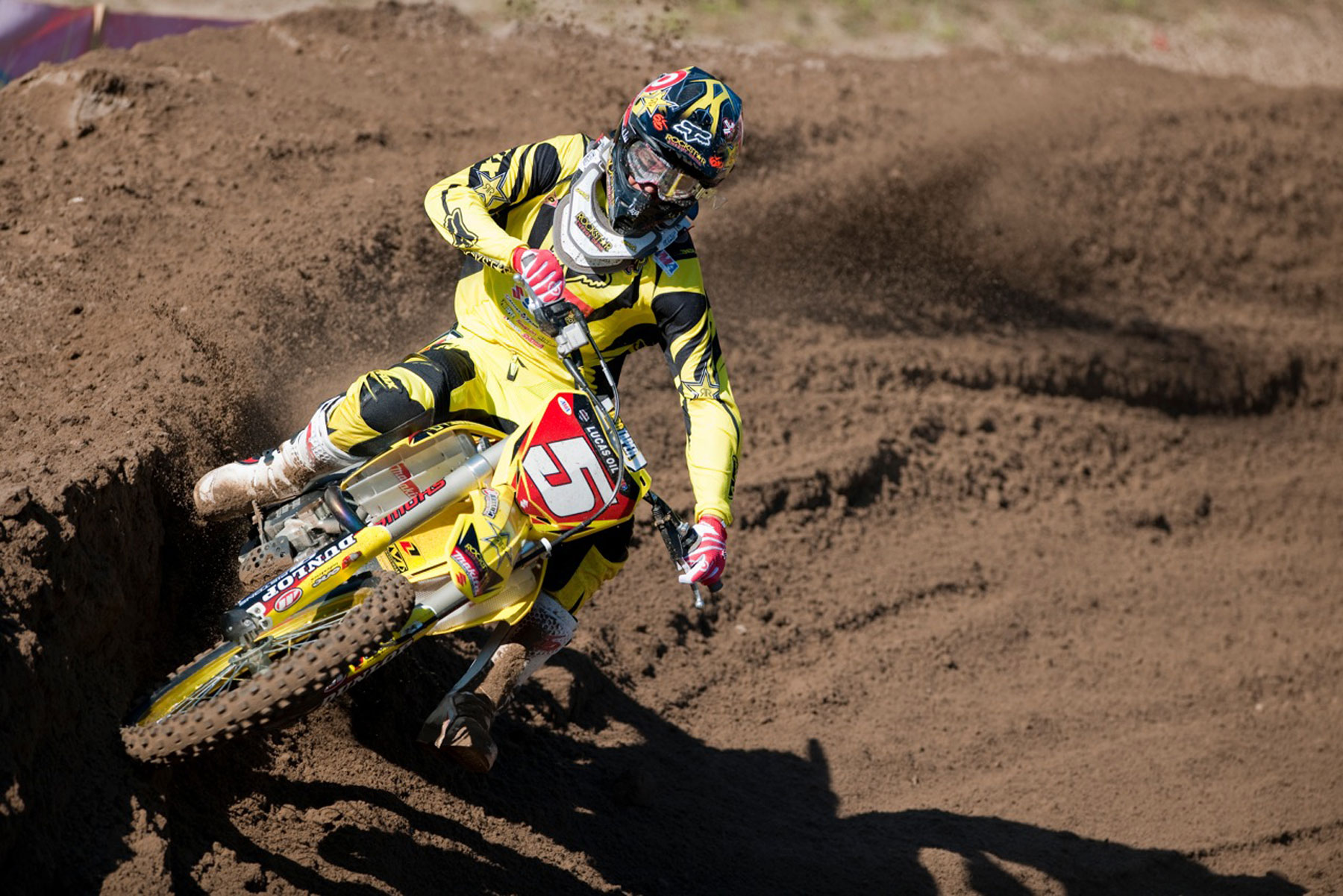 Ryan Dungey battled during the entire first moto and took over the lead on the final lap to the take the win. 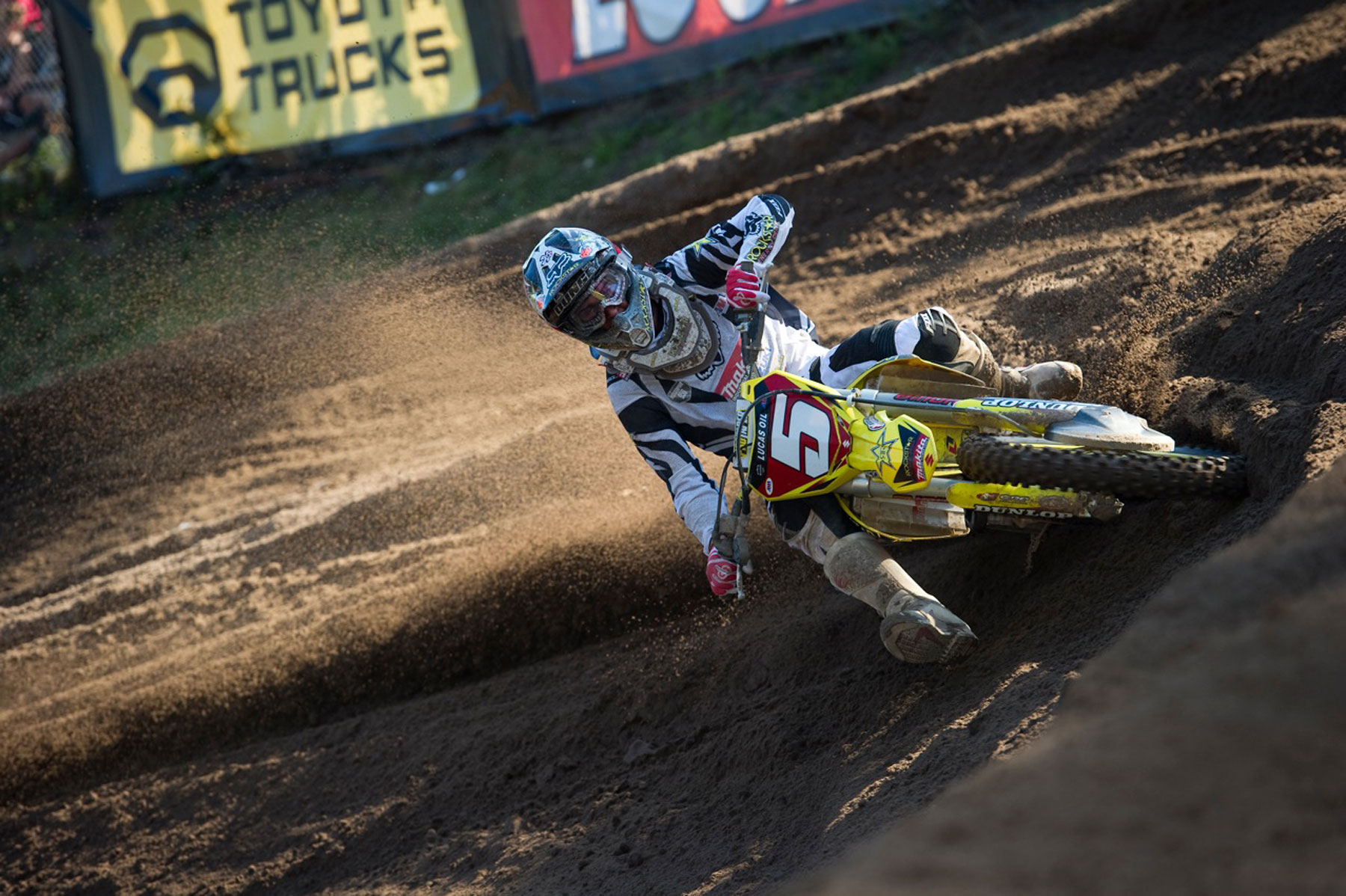 Dungey took the lead in the second moto and then put more than 24 seconds between him and the rest of the pack, taking the win again. 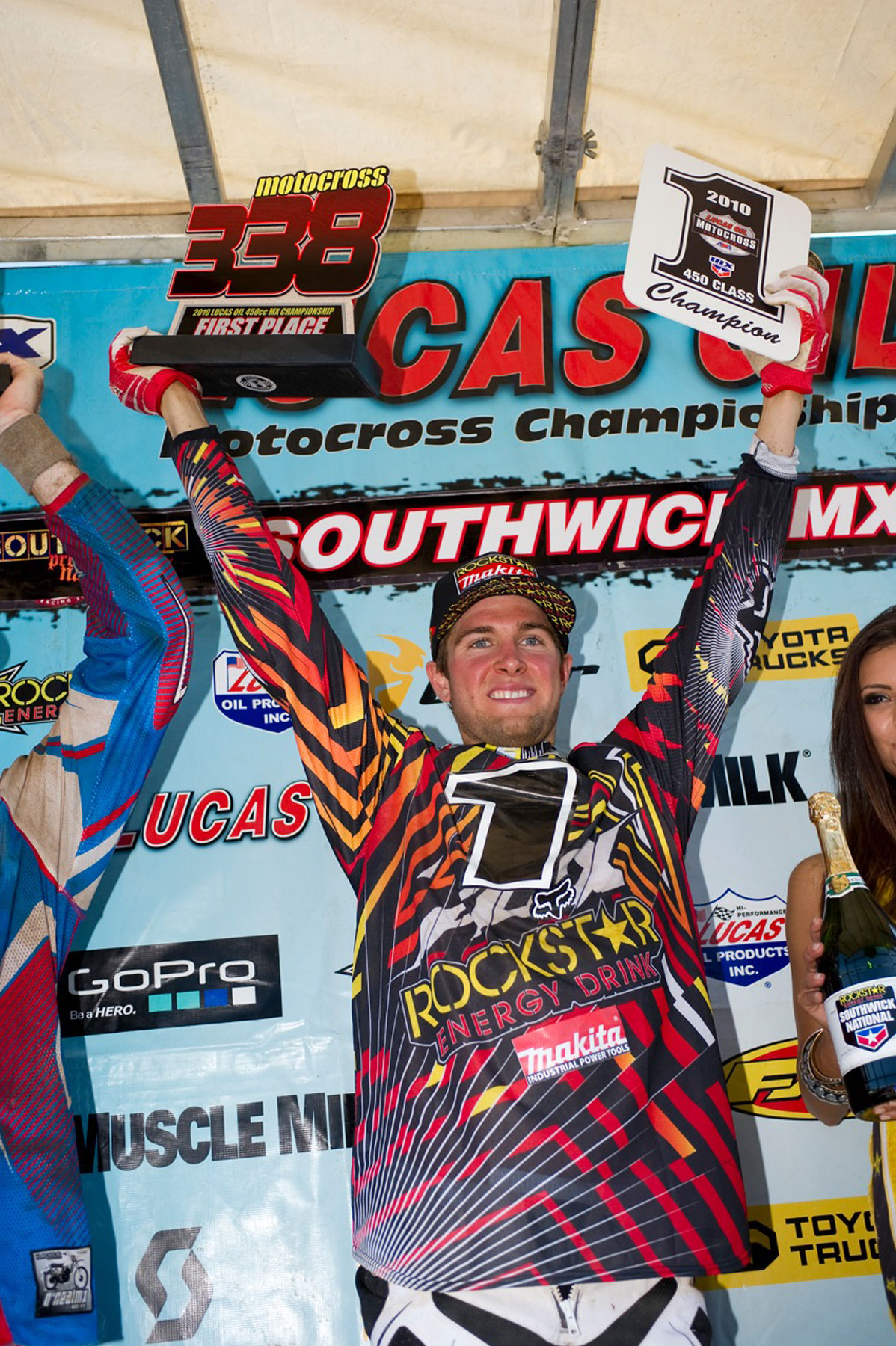 With his 1-1 moto finishes, Dungey took his ninth overall victory in a row. 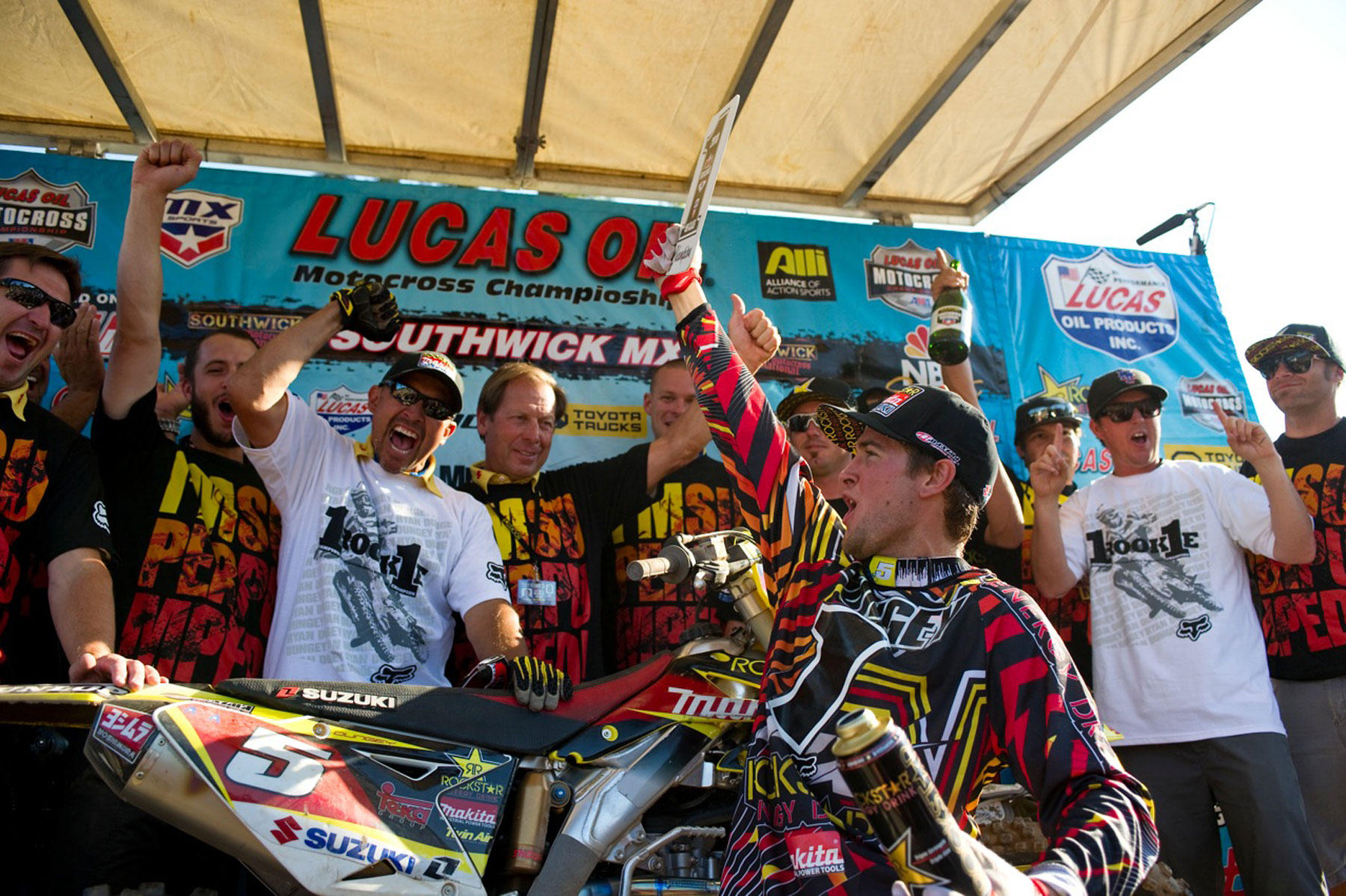 Ryan Dungey clinched the 2010 AMA Pro Motocross Championship on Saturday at Southwick, his second title of 2010, making him one of the most prolific rookies ever.