Eric Saunders is recovering in an Indianapolis hospital after crashing at his home track while practicing for this weekend's Steel City pro national. Eric's spine was initially thought to be severed, but his father, Irish, has confirmed that Eric's spine was only stretched. Eric was initially taken to Memorial Hospital in South Bend and was airlifted shortly after to Indianapolis so he could receive the best possible care. He underwent surgery Sunday night where doctors placed rods in his spine.

Currently Eric has no feeling from his belly button down. Friends of Eric will be selling t-shirts, stickers, and wrist bands this weekend at RedBud’s open ride on September 6th. There will also be a Suzuki RM125 for sale with all proceeds going to help the Saunders family.

Thank you for your help and support! 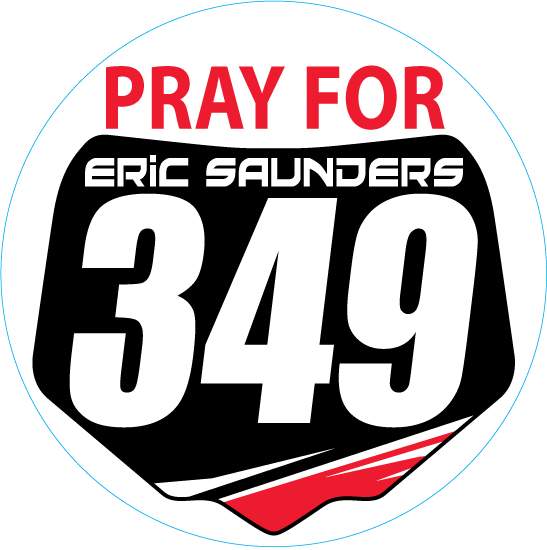