Trey Canard must be living right. He's been on a great run this summer. He's streaking outdoors. He was named to Team USA. He's got a Honda Red Bull Racing contract for next year, and he just signed a lucrative new gear deal. Yet most were probably betting against him at Unadilla.

The deck was stacked in Christophe Pourcel's favor. The series points leader had not won a race in some time. He was coming to his favorite track on the Lucas Oil AMA Motocross tour. The weather was fairly mild. And his Monster Energy/Pro Circuit Kawasaki is one of the two fastest bikes out there. 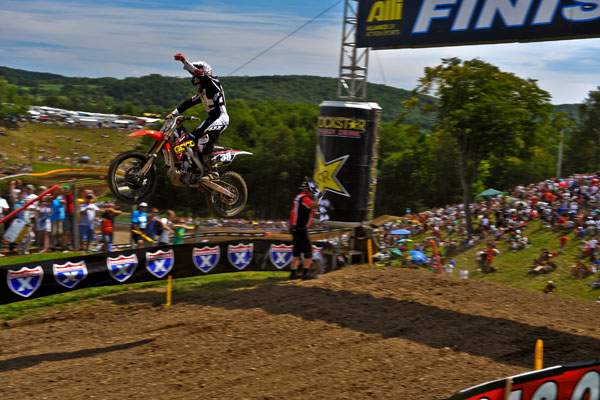 Trey Canard scored his fourth AMA National win in a row at Unadilla. It's a championship again.
Photo: Steve Cox

Unfortunately, in motocross racing there's never a sure thing—at least not since Ricky Carmichael retired. After bolting into the lead early in the first moto, Pourcel went down hard and a pack of wild thumpers ran over his bike. And just like that, GEICO Powersports Honda's Canard found his opening. He let his teammate Justin Barcia take care of Pourcel's Dean Wilson with a move that's sure to be revisited, then moved past Barcia for the win. Just like that, he was 25 points closer to Pourcel.

The second moto was a different story. This time Canard was out front early, but Pourcel, banged up and all from his big crash, did a remarkable job of scrambling from a bad start. He dug deep—he had to—and ran down Canard at the end to snatch the moto win and mitigate the first-moto damage a little.

But at the end of the day, there was Canard again, taking his fourth win in a row. If he can do it a couple more times, he could catch Pourcel in the standings and take this 250 National Championship down to the wire. This kid is obviously living right. 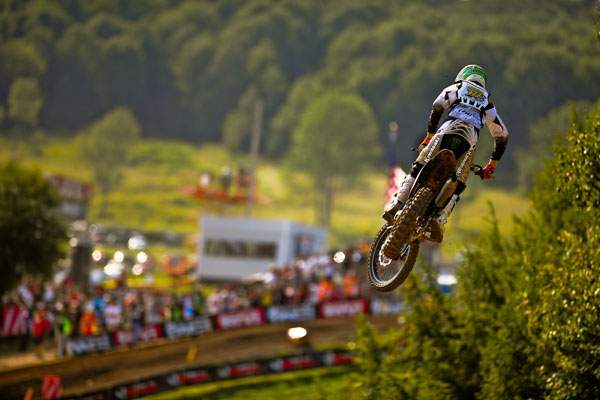 Christophe Pourcel still won moto two, but he now has a bit of pressure for the last three rounds.
Photo: Steve Cox