MORGANTOWN, W.Va. - Last Saturday, prior to the start of Round 9 of the Lucas Oil AMA Pro Motocross Championship from Unadilla Valley Sports Center, the American Motorcyclist Association (AMA) announced three of American motocross' biggest names to complete the lineup of Team USA for the 2010 Motocross of Nations from Thunder Valley Motocross Park in Colorado. Reigning Motocross of Nations champion and current 450 Class points leader Ryan Dungey will return as the team captain in the MX1 class aboard his Rockstar/Makita Suzuki while GEICO Powersports Honda's Trey Canard (MX2) and Honda Red Bull Racing's Andrew Short (MX3) make their respective debuts at the world's biggest professional motocross event. 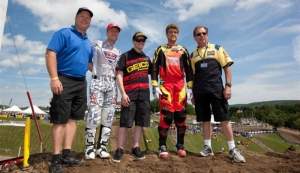 Team manager Roger DeCoster, who has won 16 MXoN titles as a rider and 20 as a team manager for the United States, and assistant team manager Mitch Payton selected the trio for the 62nd running of the event based on each rider's performance throughout the 2010 season up to this point. With a five-year winning streak in tact, Dungey, Canard and Short will look to make it six-in-a-row while competing on American soil at the same facility that has hosted a round of the Lucas Oil AMA Pro Motocross Championship since 2006.

"I believe this is one of the strongest teams the U.S. has ever fielded," said DeCoster. "Each of these riders have earned their spot on the team thanks to tremendous efforts thus far in the championship. With his win last year, Ryan (Dungey) will lead the team in MX1 while Canard and Short will serve as strong complements in MX2 and MX3."

Dungey made his 450cc motocross debut at the Motocross of Nations last season in his first selection to Team USA. He capped off the event with a win in the final moto, solidifying the United States' fifth straight win. This season, he's dominated the premier class of American motocross as a rookie, winning eight consecutive races to put himself in position to claim the world's most prestigious motocross title. He also won this season's event from Thunder Valley. 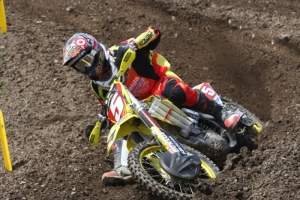 "It's always an honor to be a part of this team," said Dungey. "It was an amazing experience last year and I can't wait to be a part of it again. We have a great team with Andrew (Short) and Trey (Canard) and I think it'll give us a great chance to take the win again."

For Canard, the selection to Team USA is his first. So far in 2010, Canard has experienced a breakout season. Prior to this year, he had never won an overall event in the motocross discipline, but after capturing his first career victory last month, he's gone on to win four straight events. Now with three rounds remaining, he sits in position to claim the 250 Class title in the Lucas Oil AMA Pro Motocross Championship. 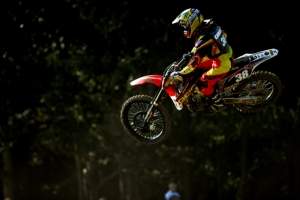 "Man this is just incredible," said Canard. "I was lucky enough to be a spectator at the 2007 Motocross of Nations from Budds Creek and I knew then that this is something I wanted to be a part of someday. Words can't express how proud I am to be a part of this team."

After eight years of professional motocross competition, the 2010 Motocross of Nations will serve as Short's first chance to compete for his country on a global stage. After finishing second in the 2009 Lucas Oil AMA Pro Motocross Championship 450 Class standings, he has been a staple at the front of the field again this year, boasting four podium finishes through nine rounds, each of them in the runner-up spot. Additionally, Short has a moto win to his credit and leads the 450 Class in holeshots with eight. As a Colorado native, Thunder Valley will serve as a home race for the current championship runner-up, making it the perfect site to make his Team USA debut. 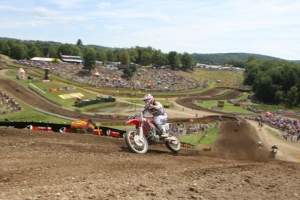 "I'm really excited to race in Colorado," said Short. "We have a great team here with myself, Ryan (Dungey) and Trey (Canard) and I think we have a great chance at going out there and winning. I've always dreamed of being a part of Team USA and it's really special to be selected this season."

Thunder Valley Motocross Park, located in the city of Lakewood, just a short drive from downtown Denver, is the third U.S. venue to host a Motocross of Nations, joining Unadilla in 1987 and Budds Creek Motocross Park in 2007. The event commences on the weekend of September 25-26, just two weeks following the conclusion of the 2010 Lucas Oil AMA Pro Motocross Championship.

For event and ticket information about the 2010 Motocross of Nations from Thunder Valley, log onto www.tvmx.net. Camping, VIP Packages and General Admission tickets are available.