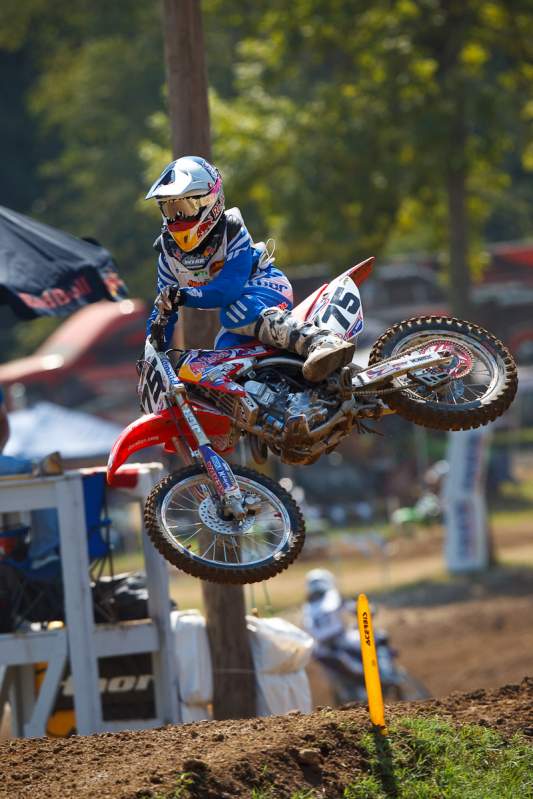 Cooper Webb is showing speed at Loretta's.
Photo: Simon Cudby
And in another stunner, Kevin Walker bested Doug Dubach in a classic battle of lifelong amateur (Walker) going up against a former top professional (Dubach) in the Senior +40 opener, with Team Green Kawasaki/Troy Lee Designs-backed Mike Treadwell from Connecticut placing third. But don’t think Walker and Dubach are at war—the friendly rivals are parked together down near the creek that runs through the ranch. 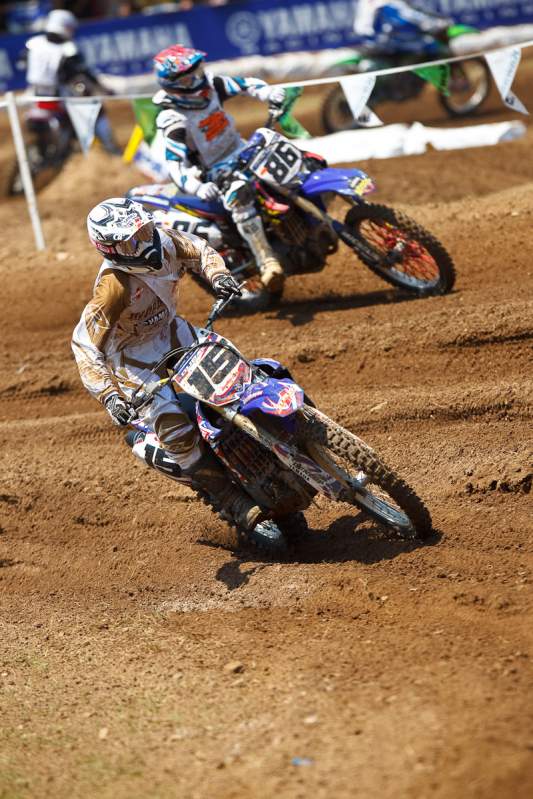 Walker and Dr. D had a great battle in the 40+ class.
Photo: Simon Cudby
In the 85cc (9-11) Stock opener, Washington state’s Tristan Charboneau raced his Yamaha to the first moto win, with Arizona’s Mark Worth and a pair of fast young Missouri riders—Austin Forkner and Tanner Stack—ran third and fourth. 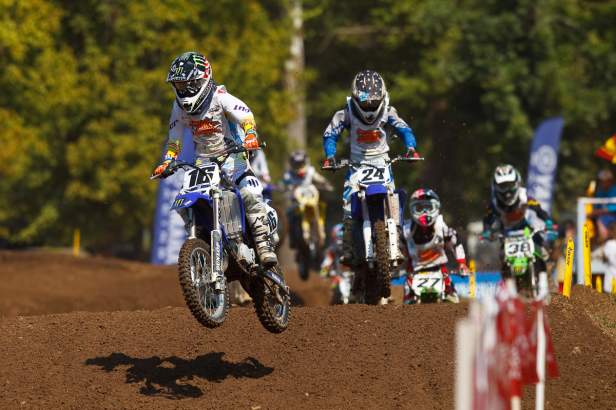 Tristan Charboneau took the first moto win in the 85 (9-11) stock class.
Photo: Simon Cudby
Kawasaki rider Justin Bogle scored the win in the first 250 B Modified race, as the Oklahoman topped Kyle Peters in another interesting B class match-up. Peters was a convincing winner earlier in the 450 B class aboard his Honda. Oregon’s Justin Hill (yes, that’s SX star Josh Hill’s little brother) was a solid third on his Suzuki. 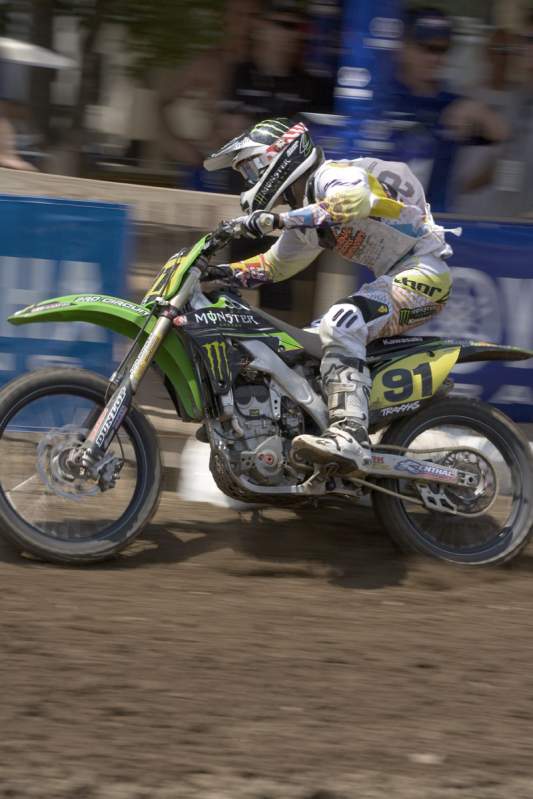 Justin Bogle was flying.
Photo: Matt Ware
Jason Anderson racked up his second win of the week with a win in the 450 A class opener, as the Team Green Kawasaki rider from New Mexico led a pair of Californians—Austin Howell and Preston Tilford—plus Iowa’s Gavin Faith across the line. (And credit to Vet rider Jimmy Evans for stepping into this class of kids and placing fifth in the first moto). 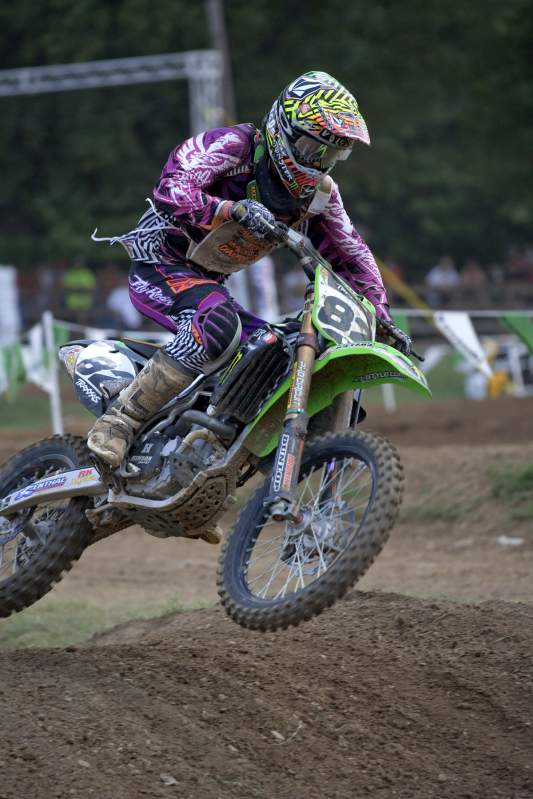 Jason Anderson looks like he's the one to beat in the A class.
Photo: Matt Ware
That brought the first set of motos to conclusion. The second set started with another moto win in the Vet +35 class for Keith Johnson over Kevin Walker and longtime NESC rival Mike Treadwell, and Yamaha-mounted Chris Alldredge took another win in 85cc (12-14) Stock. 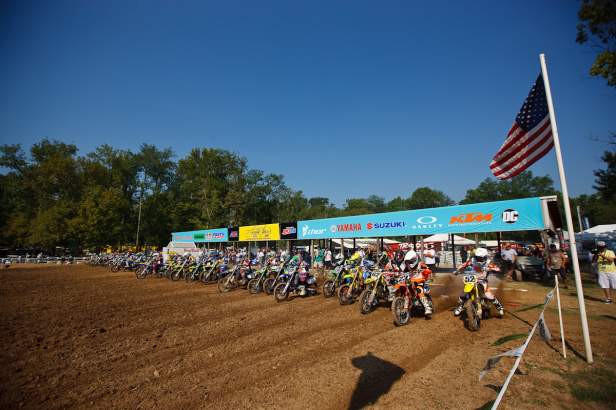