Hello, everyone, and welcome to the Rev Up. It’s that time a year again, folks. The best amateur racers in the world will descend upon the small town of Hurricane Mills, Tennessee for the 29th Annual Loretta Lynn Amateur National Motocross Championships. For most of us, racing began at our our local track where we began to climb up through the ranks. When you start piling up first-place trophies you begin searching for more competition. Soon, you are traveling many states away and you begin to hear whispers of the big amateur nationals. You make friends with other fast guys and inevitably you learn about this sacred place called "Loretta Lynn’s.'

It’s not a race you can buy your way into, or simply be fast enough to compete in. You have to claw your way through an Area Qualifier and an impossibly nerve-racking Regional Championship before you can earn your bib and a place on the starting gate. It’s no cliche in saying that just qualifying makes you one of the best racers in the world. It’s a magical experience that only the few and the proud know in their hearts.

All of the weekends you spent at your local tracks and all of the work your parents put in through the years comes down to an amazing journey in the Tennessee heat and humidity. I made my first trip to Loretta’s in 1988 and I still have my bib. The scene has changed several times throughout the years, and what was then, is no more. But, the sport as a whole has changed. Back then, there were no X Games, no Internet, and Shawn Kalos had the only "big rig" in the pits. There are certain elements of the current scene I don’t agree with, but the foundation of the event remains unscathed. The soul of Loretta Lynn’s is one of the most pure things I’ve ever experienced in my 33 years.

It might sound a little "out there" to describe an amateur competition as having a soul. Be that as it may, when you pull over Stage Coach Hill and see the cavalcade of families, industry set ups, and track, you will feel it. It stays with you throughout the week and when it's time to go home, you won’t want to leave.

As far as the racing goes, I feel like the event carries three main entities. You have the minicycle riders, some that may be showing up for their first time just trying to get their name into the mix. A good showing for these boys and girls can manifest bike and gear sponsors and start the wheel of a possible "career" spinning. The moms lining the fence and the dads running from the starting gate to the mechanic's area are some of the proudest and most nervous humans in the world. The youth racers of today know exactly what they’re doing on the track. They are miniature replicas of Ryan Villopoto, Chad Reed, and Ryan Dungey. They also have the focused attention of the industry representatives who are scouting the stars of tomorrow.

Of the hundreds of minicycle riders that will compete this year, maybe ten will go on to race professional supercross and outdoor nationals. The odds aren’t in their favor, but the 2020 Supercross champion is in there...somewhere.

The next group consists of the young men that are close to making the next big step. With each passing year, the alpha male graduating from Loretta Lynn’s not only earns a factory ride, he goes on to beat the best in the world. Last year it was Eli Tomac and Dean Wilson. Look at what they’ve done in 2010. The A and B classes spread the talent around in four classes. Some of the B guys stay on either a 450 or a 250, some ride both. In the A classes, the heavy hitters are in the Pro Sport class, but again, some riders will ride on their familiar 250cc machine as they try to impress their prowess to Monster Energy Pro Circuit, GEICO Powersports Honda, and all of the stronger satellite 250 teams. 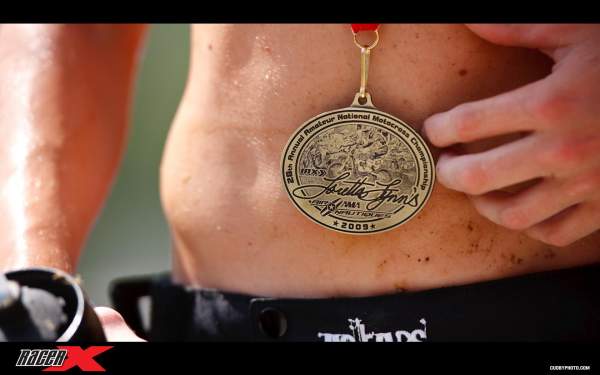 The week serves as a "end of the road" scenario for a lot of these guys. It’s time to show up and blow up. Time to make the most of one shot. And don't over look the C classes lest you forget that the King of Supercross Jeremy McGrath won his title in the 125 C class back in 1987.

The third group is and has always has been my favorite. The Vet classes are filled with past champions, hobby racers, and some of the grittiest local heroes in the country. Making an appearance on the Loretta Lynn’s starting gate for the first time since 1992 will be Robbie Reynard. I can only imagine what he’ll be thinking when he reaches into the bucket to pull a spoon. He’ll face off in the Junior +25 class against multi-time champ, James Evans, defending champion, Keith S. Johnson, and about a dozen other extremely fast racers. Then, you have the +35 and +40 classes where the most prolific amateur champion in history, Kevin Walker, will try to win his 14th and 15th championships. All of the vet races will be filled with magic.

Speaking of magic, the true power of the event takes place off of the track. The fellowship of the fastest amateur racers in the universe nestled together on the Ranch is very special. They’ll establish friendships at the race that will last forever. Most of these kids live in a different world than the kids they go to school with. California kids will buddy up with southern boys and mid-west groms will meet others from the northwest. Along the way they might meet a girl for the first time at the creek or during one of the shows at the pavilion. They’ll all grow up and learn about some of life’s other wonders during the most important week of their young lives.

More magic arrives in tears of joy when a Mom or Dad gets to watch their son or daughter speak on the microphone as a champion. Even if they they didn’t win, you’ll see this scenario time and again if they rode their very best and left it all on the track.

I realize i’m being mushy and dramatic, but it’s hard to put into words what this races means to me and my family. My brothers and I competed and won at Loretta Lynn’s and that effort built the bridge to every good attribute we have as adults today. During my time I raced against some amazing people. To name several, Robbie Skaggs, Robbie Reynard, Greg Rand, Kevin Windham, Jason Partridge, Ricky Carmichael, and James Evans. They all know exactly what I’m saying. Most of those cats will either be there in person or watching the Internet closely. 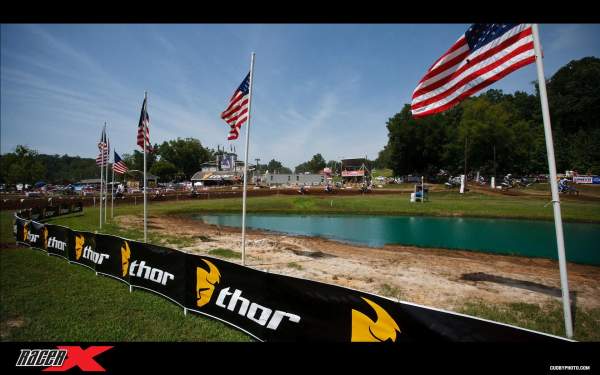 The real magic comes from the effort that the Coombs family and Tim Cotter and the entire crew at MX Sports puts into making it happen. What begins as an organizational beast back in January concludes with a week of sweat that only someone who truly believes in the effort can handle. If you see Rita, Davey, Carrie Jo or Mr. Cotter, please tell them, "Thank you" or "We had fun." It's why they do it. They are stern people, but they are fair. Nobody has done, or does more for motocross than they do.

I want to send my heartfelt congratulations to all of the families that made it this time around. Good luck to everyone, and have fun! Enter the week with an open mind and a smile. Win or lose, you’ve already made motocross magic.