AlliSports.com and SPEED bring four hours of action to the masses

MORGANTOWN, W.Va.- With five live broadcasts slated throughout the 2010 Lucas Oil AMA Pro Motocross Championship season, fans throughout the U.S. will be presented with the first ever full day of live coverage of American motocross. On Saturday, every moto of the Motosport.com Washougal Retro National can be seen in their entirety on SPEED and AlliSports.com.

In honor of 30 years of professional motocross in the Pacific Northwest, Washougal Motocross Park is presenting a retro theme to celebrate the rich history of the sport. As riders adorn themselves in throwback gear, fans are also encouraged to get in on the fun by wearing bright colors and vintage apparel from the last three decades. Over 100 vintage bikes will be on display and several stars of years past will be in attendance, reminiscing about the past and bench racing with the fans. 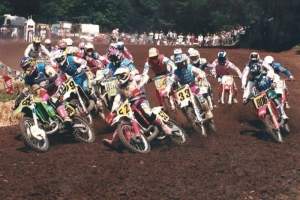 "The Washougal Motocross event is a very attractive racing property on many levels, which is why coverage is live on SPEED," said Rick Miner, SPEED Senior Vice President of Production & Network Operations. "We're looking forward to broadcasting this event, as the stars of motocross will play in front of a colorful and historical setting, providing a great backdrop four the audience."

Beginning at 1 p.m. local time, the entire world will be able to join in the celebration of the Retro National by logging on to AlliSports.com and watching the first motos of both the 450 and 250 classes via live internet stream. Following the first two hours of racing, an intermission showcasing an exhibition race featuring vintage motorcycles will hit the track and bring the thousands in attendance to the fences.

At 4 p.m. local time, SPEED takes over with live coverage of the final motos with back-to-back telecasts of the 450 Class and 250 Class that will cover an additional two hours and bring the grand total of live racing to four hours.

Rockstar/Makita Suzuki's Ryan Dungey and GEICO Powersports Honda's Trey Canard are on a hot streak in their respective classes. Dungey's six race winning streak has him well atop the 450 Class standings seven rounds into his rookie season. After claiming his first career 250 Class victory at the halfway point from RedBud, Canard backed up his breakthrough performance with his second consecutive win. While Monster Energy/Pro Circuit/Kawasaki's Christophe Pourcel sits atop the standings, it is Canard who carries the momentum. 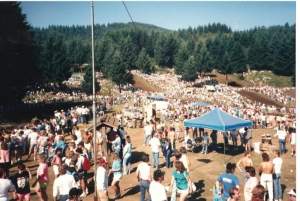 Saturday's historic opportunity for viewers to witness an entire day of live motocross from the comfort of their own home is a significant step in the continued growth of American motocross. After the introduction of Saturday races last season in addition to live coverage of select final 450 Class motos, MX Sports Pro Racing is ushering the sport of motocross into the new era with more coverage and exposure than ever before. Comprehensive live coverage of the Motosport.com Washougal Retro National could serve as the next step of progression for American motocross. 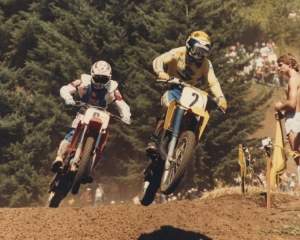