Former Factory Kawasaki, Yamaha and Suzuki rider Timmy Ferry announced today that he’s retiring from professional motocross effective immediately. Ferry has been trying to recover from a broken heel suffered at the 2009 Daytona Supercross and although he came back to race last summer, the injury lingered and prevented "Red Dog" from riding to the best of his ability.

"Going into 2010, I had a couple of offers to race but I thought it was best to just heal up and try to get back to being able to train and ride the way I need to in order to be competitive. Unfortunately, my foot has not allowed me to do that." says Ferry "I can’t race to the level I was use to so it is time to hang up my boots"

With a professional career that started in 1991 as a multi-time amateur champion, Ferry has certainly left a mark on professional supercross/motocross with the 1997 125 East Coast Supercross championship, a 3-time member of Team USA at the Motocross des nations, two 125 supercross wins, four AMA motocross national wins, an AMA rookie of the year award in 1992 and the top privateer award in supercross in 1999.

Having achieved a career that spanned so long and produced so many wins and podium finishes certainly makes it easier to accept retiring for the 35-year old Ferry.

"I can’t believe that I’ve been able to do as much as I have in the sport and I’m grateful for all the fans that cheered me on over the years as well as the relationships that I’ve made. Everything I have in my life has been because of motocross and even though I feel like I’m ending my career a little prematurely, I have no regrets with how everything has turned out" said Ferry.

"I had a ton of fun in my career, especially the last few years when I rode for Monster Energy Kawasaki and I’d like to thank those guys for everything they’ve done for me. I’d like to thank everyone at O’Neal, Scott, Etnies, Gaerne, OMS Sports and most of all my coach and trainer Dean Golich and the CTS crew for always keeping me in great shape. Also my doctors Warren Kramer, Thomas Bienz, Sten Kramer, Greg Solis, Gardner Tarlow and Stanley Moles for being there for me."

"I’d also like to thank Yamaha Motor Corp, Factory Suzuki, Mike Rossini and Alan Brown for all that they’ve done. As well, I’d like to thank the media who have always been great to me and Steve Matthes, Mark Russell, Shawn Irwin, Jason Hasseig and the Nicolini family for their support and most of all my family for supporting me in every way possible. Thanks to everyone for a great career!" 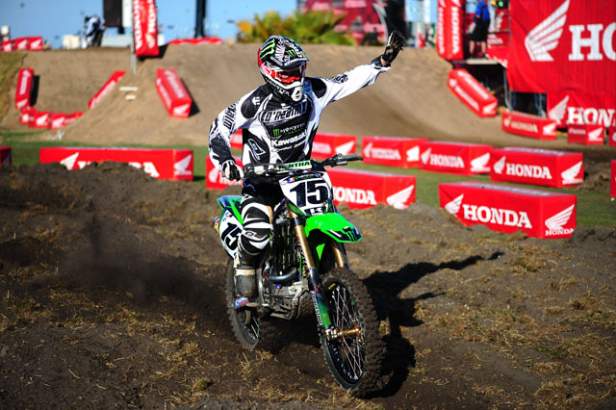