Jagermeister/FMF KTM’s Mike Alessi started out the season with a bang, landing a holeshot and a runaway race win in the second moto at Hangtown. With the way the 2009 season went – with Alessi leading the points after Texas before hurting himself – and the way the 2010 season started – with Alessi dominating moto two at Hangtown – most people expected that he would be a factor in the championship.

But that hasn’t proven to be the case. The man who was once the best starter in the entire motocross world hasn’t gotten a single holeshot since that second moto at Hangtown. We can’t say that it’s the new KTM 350 SX/F that’s holding him back, though. We simply don’t know. But there is a pattern in his motos so far this year: He has yet to finish a single race in a higher position than what he started in. 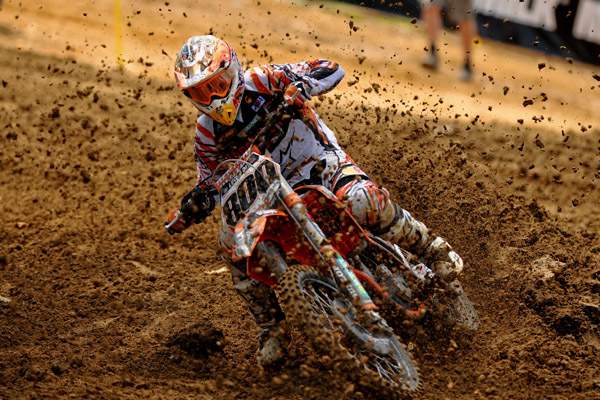 When Mike Alessi has had to pass to the front, he has yet to do so.
Photo: Steve Cox

Going by the lap charts (which start at the end of the first lap, meaning that passes could have been made on the opening lap), this is what we have for Mike Alessi so far this year:

And then finally last weekend at Budds Creek, Mike Alessi started second and finished second in the first moto after fighting off points leader Ryan Dungey for the entire moto, and in moto two he started near the front, rounded the first lap in fifth, and then eventually finished 12th due to a bent front-brake rotor suffered in a collision in the first turn. 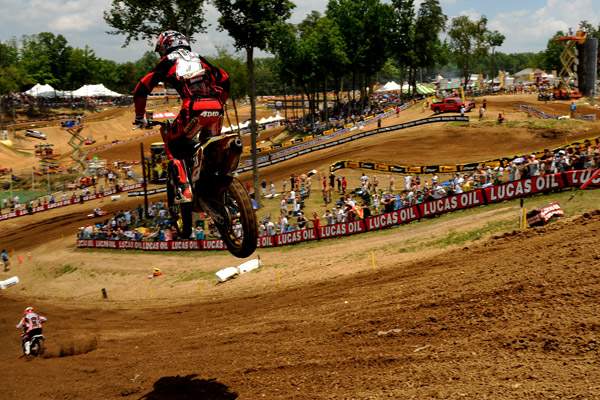 Alessi (far left) held off points leader Ryan Dungey (5) in the first moto, so it's clear he still has the speed.
Photo: Steve Cox

Going by the opening laps compared to the finishes, Alessi actually has a score of somewhere around -20, meaning from the first laps to the last laps, he has lost 20 spots as a whole (including at the GP). For comparison’s sake, Dungey has a score of +19, meaning from where he has finished the first lap to where he has finished the races, he has passed almost 20 racers in total. Also significantly, Dungey hasn’t had a single moto where he finished below where he started, which means that while some riders may have passed him, as a whole it doesn’t stay that way.

The one thing that is for certain, though, is that Alessi is not racing up to his potential, and if he can get it figured out, he will be a threat yet again. But until then, perhaps his amazing starting ability throughout his career is hurting him now that he isn’t getting them any more, as maybe he’s just not as well-practiced at passing his way through the pack as his competitors are. 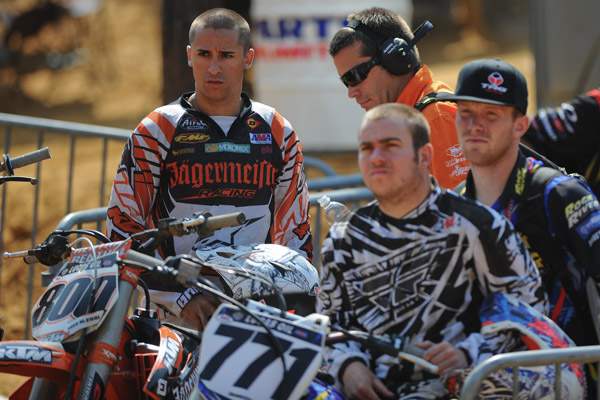