Redemption is something often sought but rarely achieved, and when rookie Dean Wilson ran second in the entire Lites Main in Las Vegas, only to finish fourth after his teammates Josh Hansen and Christophe Pourcel passed him in the last couple of laps, he wanted redemption. Then, in Texas, when Wilson gave up the lead in the second moto, and then second place as well (which cost him the overall) in the last few turns of the race, Wilson really wanted redemption.

At Budds Creek, Wilson got it. 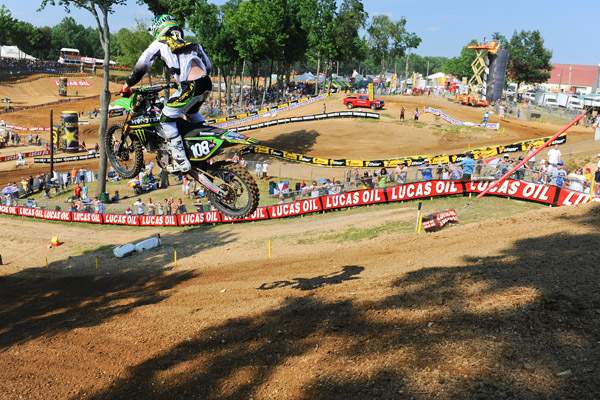 After finishing the first lap in 11th in moto one, Wilson was able to fight his way through the pack to finish fourth. But in moto two, after starting second behind new holeshot king Wil Hahn, Wilson was able to make another break – just like he did in Texas – and then hang on to it all the way to the finish.

Just like it would have in Texas, the second-moto victory landed Wilson his first-ever AMA National overall win, but unbeknownst to him, he didn’t control his own destiny. The race behind him between Justin Barcia (in second) and Tyla Rattray (in third) really decided the overall. Had Rattray gotten around Barcia, which he nearly did with less than two laps to go before going off the track, Rattray would’ve scored his second AMA National win in a row – both of them coming with 2-2 scores.

But Wilson’s amateur rival Barcia held tough and held off the South African, and Wilson got the nod for the overall. 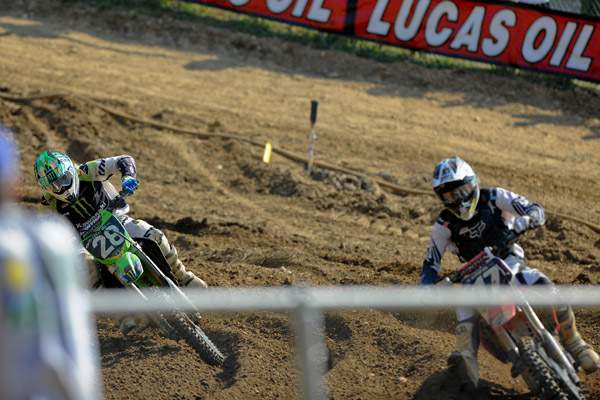 Tyla Rattray (28) was very close to passing Justin Barcia (17) and earning his second O/A in a row.
Photo: Steve Cox