After a week of voting, we tallied the results from Oregon and not surprisingly, Chuck Sun has taken the lion’s share with 20 percent. Roseburg’s Ryan Huffman and Chuck’s brother, Ron, tied with 12 percent each, with Rick Burgett and Ryan Terlecki tying with 11 percent each. Check out the complete results below: 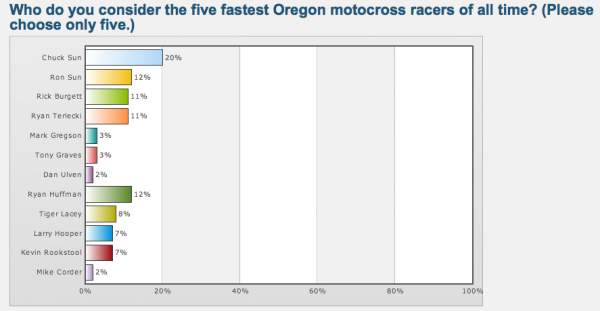 We here at Racer X collaborated on our top five and they are: 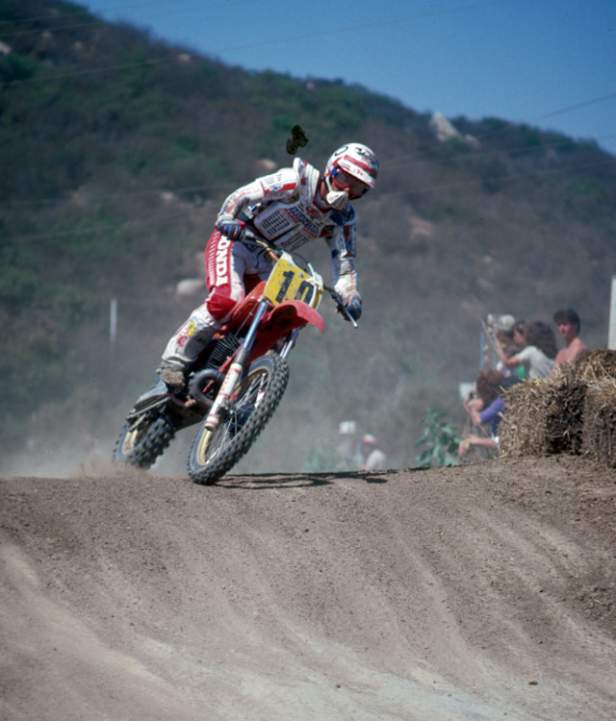 Here’s some more feedback regarding Oregon:

Vince Warren should also be on the list. He had quite a few top ten 125cc supercross finishes, was a Honda pre-production test rider, and invented the Sunline V1 lever.

In my opinion you guys dropped the ball not including the original AMA "Big Bird" (before Larry Ward) Kevin Janssen. KJ was a journeyman pro in the '70s and early '80s and still races in the 50 expert class in the Portland area.

Stay tuned to Racer X Online for the next state in our Fox 50 later today.