Hello, everyone, and welcome to the Rev-Up. The High Point National is my favorite event on the schedule for a lot of reasons, but mostly because the 1993 race was the first outdoor national I ever saw. Since then, I've maybe missed the event twice. Along the way I've been lucky to see some amazing things there: Kevin Windham leading the whole first moto in 1994 with #510 on his Kawasaki; Bradshaw returning with #114 in 1995; the fastest moto ever ridden, with James Stewart and Ricky Carmichael in 2006.

This year's event brings a tsunami of anticipation in both divisions of AMA Pro competition. With the series completing its swing to the East Coast, there has been a shakeup in championship points. Hangtown was a bit of a mystery, then Freestone was a test of survival. High Point will be another big test. The rain is always a threat, and the prestige of winning at one of the most highly regarded tracks in the country will fuel the riders’ drive. Everyone wants to win High Point, especially live on NBC.

Beyond that, this is one of the best races to attend as a fan. There is a huge core fan base and all of the minibike, vintage, and amateur activities set a vibe that only High Point has. My usual traditions are showing up early to see the steam out of the dirt, wearing my old #174 T-shirt, and cracking an ice-cold Coors Light with Rupert X before moto 1. High Point is an American motocross tradition, and it’s going to be a weekend to remember. 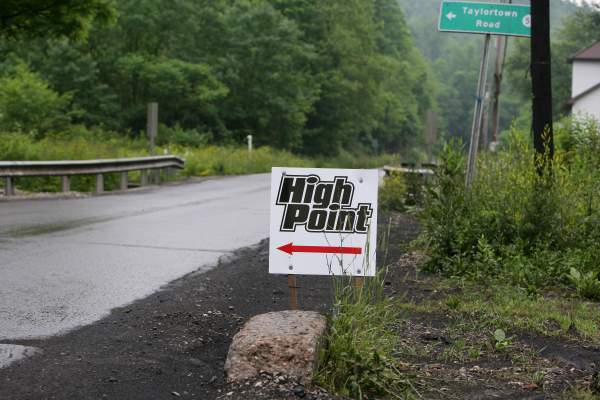 Monster Energy/Pro Circuit Kawasaki's Christophe Pourcel is doing what was expected and carries a nine-point lead after two rounds. What wasn't widely expected is that he leads two rookies, GEICO Powersports Honda’s Eli Tomac and his teammate, Dean Wilson. As it stands, the two teenage phenoms ride into High Point with the best chance of beating Pourcel. Tomac wasted everyone at Hangtown and was the fastest rider again at Freestone. For Wilson, the sting of losing the overall last weekend due to - umm, let's call it heat dementia - should stoke his fire big-time.

Traditionally, we see a new rider flex some muscle at High Point. It's common to see an odd number pulling a holeshot and putting in a breakout ride. I'm going call out Rockstar Suzuki's Blake Baggett to shine this time around. Blake is as fast as anyone, and if he can bang a start, he'll run with the bulls for sure. Look for local hard charger Darryn Durham to throw his name into the mix as well.

Beyond the probable Monster/Pro Circuit freight train, I can see Trey Canard pushing aside the demons from last year's big crash to jump back into the hunt with a much-needed win. Jagermeister KTM's Tommy Searle will have something to say, and Broc Tickle is on the brink of his first overall. The start is crucial with this group, and these boys will have the High Point faithful on their feet when they go on the charge. Get ready for it. 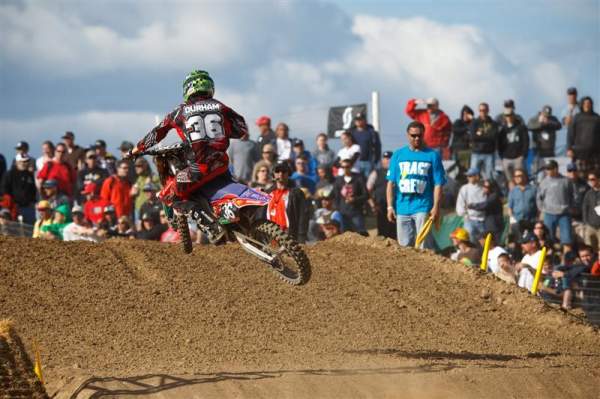 You had to know that Hangtown was a fluke for Rockstar Suzuki's Ryan Dungey. The rookie used his conditioning to stomp a sweaty mud hole in the competition last weekend and pulled to within eleven points of defending champion, Chad Reed. The points will see another big shakeup because Muscle Milk/JGR's Josh Grant is going to win this time around. Grant's practice track is very similar to High Point. Look for #33 to bring the noise. Honda Red Bull Racing’s Davi Millsaps rides this track well, and I think he'll make the podium this time around. Who will join them on the podium gets interesting. I don't see Dungey or Reed putting together a pair of top-three rides. Texas privateer Kyle Regal, Brett Metcalfe, and Mike Alessi will be up front all afternoon and frustrate the opening-round winners.

Lucas Oil/Troy Lee rider Ben Townley just might give us a Cinderella story. Give him a start and he'll run. But beware the #800. Alessi won his first national on a KTM in 2005. Mike comes full-circle five years later. Don't be surprised to see him win another moto.

Like I said, it's a great time to be a fan. High Point has a lot of soul, and I can't wait to take the twisting and turning drive through the trees to the front gate. I'm ready to feel the bikes thunder up the uphill start and hear the crowd go nuts when the races get rolling. Motocross tradition is stronger than a garlic milkshake, and it's time to appease the moto gods by honoring our code. The weekend is here, doctor. Time to get it up! Who's ready? 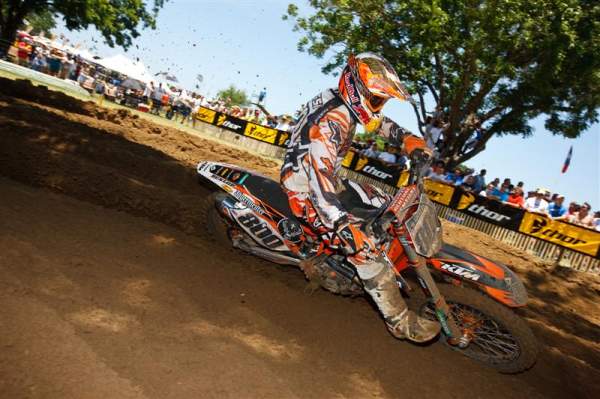