It’s easy for me to comment on the things that happen at the races for me since I’m almost always there. However, this past weekend at Freestone, my being at the races actually hindered my ability to comment on what happened. For the second consecutive round, I was made to understand that the internet broadcast from the AMA Nationals was flawed.

I received some criticism last week for taking umbrage with things that did (and didn’t) happen at the USGP. Well, this time it’s MX Sports’ turn (MX Sports, for the record, is the sister company of Racer X Illustrated and this website). Sure, the live streaming service is free, but when people set aside a part of their weekend to watch and listen to something, it really is costing them something. And for the internet broadcast from the Flagstar Bank Freestone National, it was apparently amateur hour for the second race in a row. (If it’s any consolation, I heard someone did lose their job over the deal, and the series has gone back to the old service provider at MTV rather than outsource.) 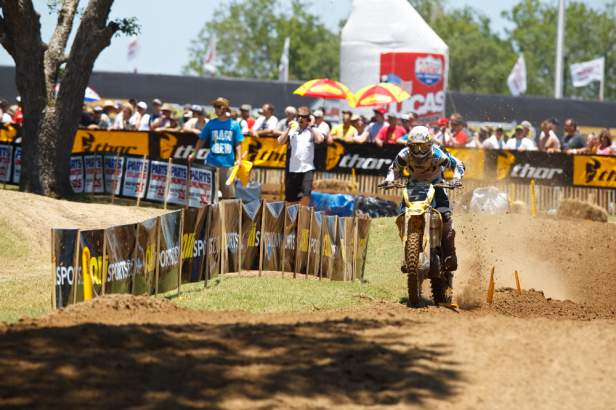 However, in fairness, since MX Sports took over promotion of the series exactly fourteen races ago, they have made the nationals a one-day show like supercross and we now enjoy live TV from a bunch of the races (with the rest coming next-day, except for the opener). There is live and free streaming of the races—something the Supercross series doesn’t even offer—that usually works well.

Also, Hangtown had one of its biggest crowds ever, and Texas saw its single biggest crowd in the event’s short history. If the weather holds out, High Point will be huge this weekend. Somebody is doing something right - just not the live video feed.

And with the way the 2010 Lucas Oil AMA Pro Motocross Championship has started out (on the track, anyway), you have to wonder if the AMA Supercross Championship would’ve had the same result if Chad Reed hadn’t been hurt. While Ryan Dungey was blazing fast in Texas – and in almost every SX race this year – Reed wins when he can, and he’s always in the hunt when he can’t. The guy is just a bulldog. To beat him for a title, you’ve got to win – a lot – and have either very few or very minor mistakes. We’ll see if Dungey is up to the challenge over the next twenty motos or so in the 450 class.
{LINKS}
High Point is the only track on the outdoor circuit that Chad Reed has won more than once at (’02 and ’09). It’s also the first track that Mike Alessi ever won at and, barring what happened last year on the Monday before the actual race, one of his better tracks. And when is Josh Grant going to show up?

But back to MX Sports. DC and friends need to figure this internet stuff out in a hurry. Fans watching at home deserve better. They have made a commitment to show this series online, for free, to the world. That means delivering on the promise, and so far this series, they’ve been short of the mark.