Results Archive
GNCC
Burr Oak
Articles
Overall Results
Full Results
XC2 Pro Results
Full Results
Motocross of Nations
Articles
Nations Results
Full Results
Upcoming
GNCC
Buckwheat 100
Sat Oct 8
Articles
Upcoming
WSX
British GP
Sat Oct 8
Articles
Full Schedule
For today’s installment of the Fox Fifty, we head to the south central part of the United States to Oklahoma. Nicknamed “the Sooner State,” Oklahoma is home to one of the largest amateur motocross events in the world—the Ponca City NMA Grand National Championships. It is also home to a some of the fastest and most popular riders the sport has known, as you are about to read below. Vote for your five fastest of all time below.

In no particular order, here our nominees for the all-time list of Oklahoma's five fastest.

Jake Martin (Amateur standout for Suzuki, one of the fastest young riders in the country for several years) 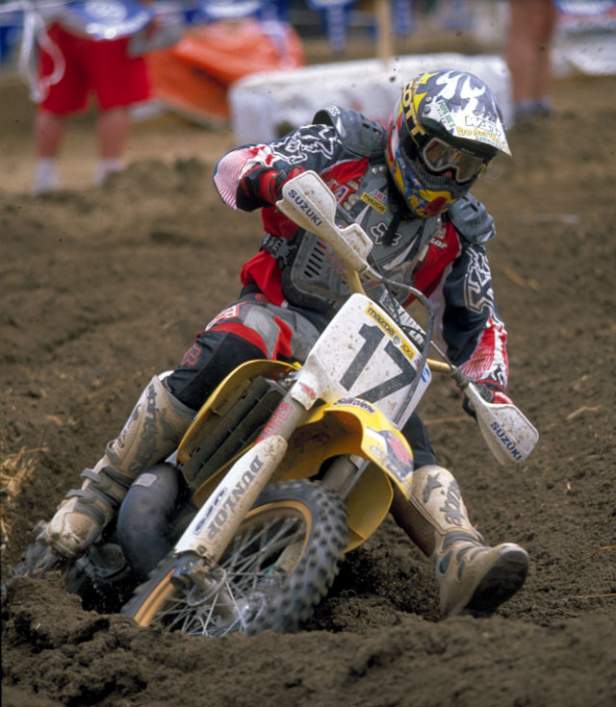