To say that the talent is deep in the 250 class of the Lucas Oil AMA Pro Motocross Championship would be an understatement. Supercross champions, world champions and a Motocross of Nations champion make up a good portion of the riders, any of which are capable of winning on any given day. But on Saturday, it was GEICO Powersports Honda rookie Eli Tomac who made waves at the Rockstar Energy Hangtown Motocross Classic.

After starting outside of the top five in the first moto, Tomac steadily climbed through the pack until he found himself in the lead. In the press conference following the race, Tomac said at the time, he felt as though it was too good to be true. Indeed it was, and after building a sizable gap between himself and FMF KTM’s Tommy Searle, Tomac went down when his front end washed out in a rutted corner in what Tomac referred to as, “a good ole’ rookie mistake.” Undaunted, Tomac remounted and rode to a very respectable third.

In the second moto, Tomac had a mediocre start, but was given a second chance when a crash involving Drew Gosselaar and Blake Baggett caused a red flag. After the restart, Tomac quickly moved past Lucas Oil/TLD’s Wil Hahn to take the lead. This time, there would be no rookie mistakes from Tomac, as he rode unchallenged to his first moto and overall win in the first race of his professional career. On the podium, Tomac reminded everyone of his freshman status when he had to have teammate Trey Canard show him how to open his bottle of victory champagne.

Before Saturday, the list of frontrunners in the 250 class was a long one. Now, following Tomac’s performance at Hangtown, it’s a little bit longer. 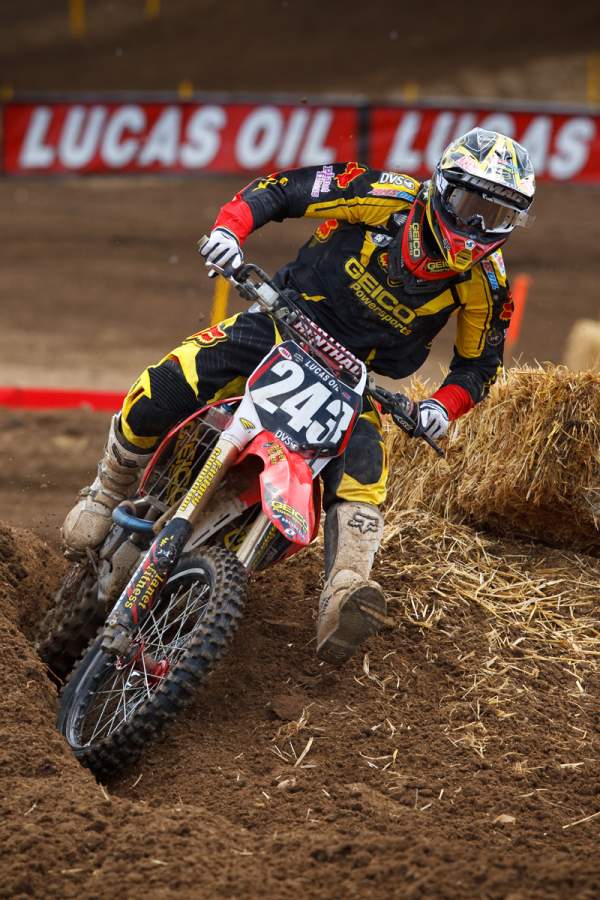