MORGANTOWN, W.Va. - Days have turned to hours before the 2010 Lucas Oil AMA Pro Motocross Championship commences with the Rockstar Energy Hangtown Classic from Rancho Cordova, Calif., on Saturday. The lineup of competitors in the premier 450 Class and the exciting WMX Class are stocked full of talent and after an incredible championship battle in 2009, the 250 Class field for the upcoming season is deeper than ever.

The defining trait for the 250 Class championship in 2010 is the vacancy left at the top of the class. Defending champion Ryan Dungey has made the move into the premier class for Rockstar/Makita Suzuki, leaving the door wide open for a new face to stand atop the podium at the season finale from Pala Raceway.

Last season, French rider Christophe Pourcel gave Dungey all he could handle throughout the 12-race season. The Monster Energy/Pro Circuit/Kawasaki rider took advantage of his opportunity to compete in the states full time, winning four races en route to the runner-up spot in the championship. If not for a forgettable Southwick national, he could have very well given Mitch Payton his fifth consecutive title. When the checkered flag flew on the season, Pourcel's disappointment was obvious and he's turned it into motivation to claim what was within reach this season. 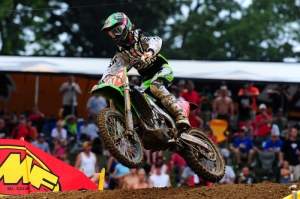 Teammate Jake Weimer will serve as Pourcel's biggest challenger. Fresh of his first career AMA title after capturing the AMA Supercross Lites Western Regional crown, Weimer will look to continue his strong 2010 season starting this weekend. His three break through victories were a critical step in his development as a motocross competitor and with more confidence than ever, he will be in the thick of the fight on a weekly basis.

After turning heads with such an impressive debut season, GEICO Powersports Honda's Justin Barcia carries his Rookie of the Year title and first career victory as motivation to take the next step in becoming a title threat. His flashy, all out style is enjoyable for the fans and he isn't afraid to let it all hang out. With that kind of approach and a budding rivalry with Pourcel, Barcia could steal a lot of headlines in 2010.

Since capturing an AMA Supercross Lites title as a rookie in 2008, fellow GEICO Powersports Honda rider Trey Canard has encountered misfortune over the past two seasons outdoors. After an injury ended his 2008 season, Canard suffered another setback while making his presence felt in the championship last year. With the final season as a 250 Class competitor slated to begin on Saturday, Canard hopes to exit the class with a number one plate in tow. 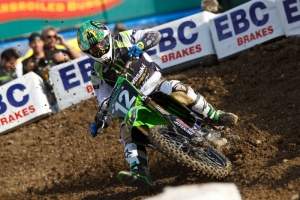 With a year under their belt, both Tyla Rattray and Tommy Searle hope to break into the win column this season. Rattray, the 2008 MX2 World Champion, has stated that he took longer than desired to get used to the U.S. tracks and now that he has a full grasp of what it takes to be at the top of American motocross, the Monster Energy/Pro Circuit/Kawasaki rider can become a regular at the front of the field.

For Searle, 2009 was a mixed bag. Several impressive runs were rewarded with podium finishes, but like his former overseas rival, his consistency wasn't quite where he had hoped. As the sole member of the FMF KTM squad, the British rider will have all the support he needs to make it to the top this season.

A trio of rookies will also look to cause a stir in 2010, led by Rockstar Energy Suzuki's Blake Baggett, who competed in the closing rounds of the championship last season to get his feet wet. A big supercross victory has boosted the California native's confidence and the strong satellite team should help his cause. 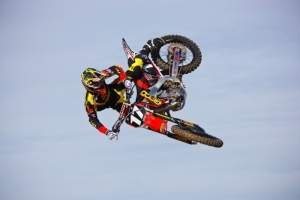 Lining up alongside Baggett will be Monster Energy/Pro Circuit/Kawasaki's Dean Wilson. The defending Horizon Award winner capped off his amateur career in stellar fashion at Loretta Lynn's and put together an impressive supercross campaign. With the support of the most successful team in the history of the sport, he will look to be in the mix with his three teammates.

Rounding out the rookie trio is GEICO Powersports Honda's Eli Tomac. As one of the most successful amateur riders in history, Tomac has made a name for himself well before ever lining up for a pro event. With a lineage of success stemming from his father, former pro cyclist John Tomac, many expect him to replicate what Barcia accomplished last season by making his presence felt early and regularly.

The gates drop on the 2010 Lucas Oil AMA Pro Motocross Championship season on Saturday, May 22 beginning at 1 p.m. PST. Live coverage of the first motos of the 450, 250 and WMX classes can all be seen on live-stream at www.allisports.com.