DC arrived at Hangtown on Wednesday afternoon and decided to take a lap around the very cool track that will host the opening round of the 2010 Lucas Oil AMA Pro Motocross Championship this Saturday afternoon. "It's pretty obvious the Dirt Digger Motorcycle Club has been hard at work and the track looks fantastic," DC wrote us last night. "It's all new soil, lots of cool but safe jumps, and I think it's going to get really, really rough." Here's the photos DC shot with his iPhone. 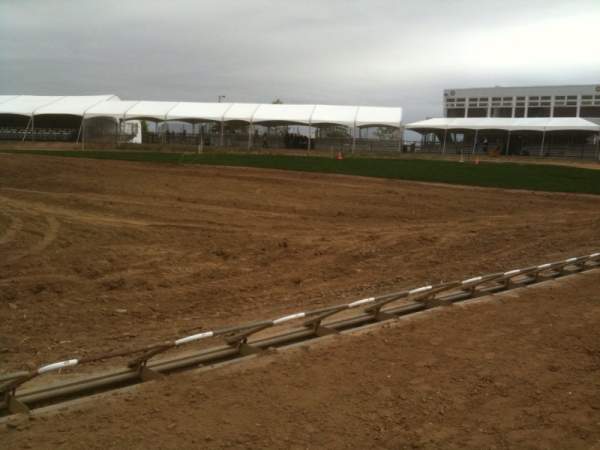 1  The Hangtown start is the same as it was last year, only with deeper soil. 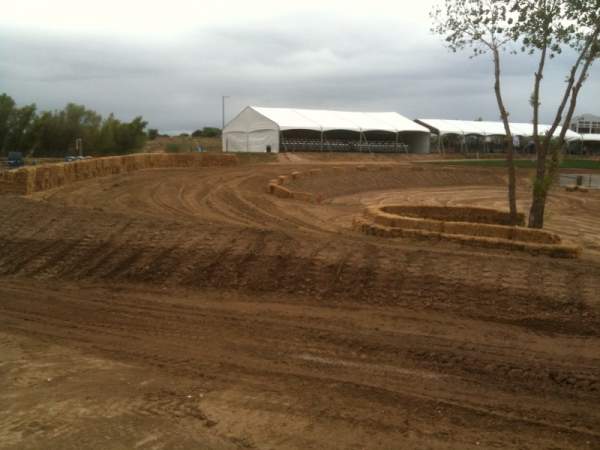 2  The first turn turn is a wide sweeper, with about a foot of new soil. They will use this corner every lap because there is a switchback after the mechanic's area, following the finish line. 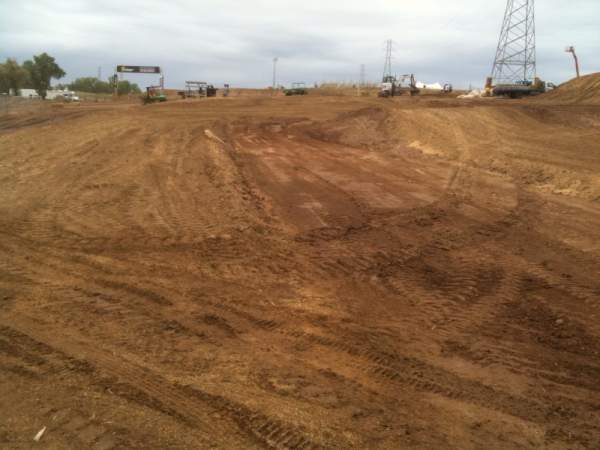 3  After the wide left-hand sweeper, the track goes down a loamy straight to a wide left hairpin, and then back off the first small jump. 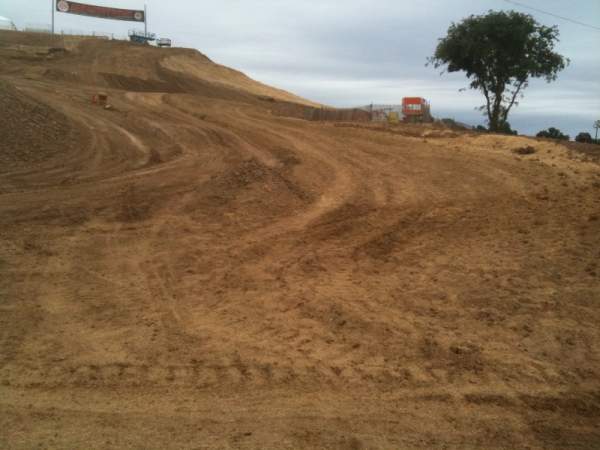 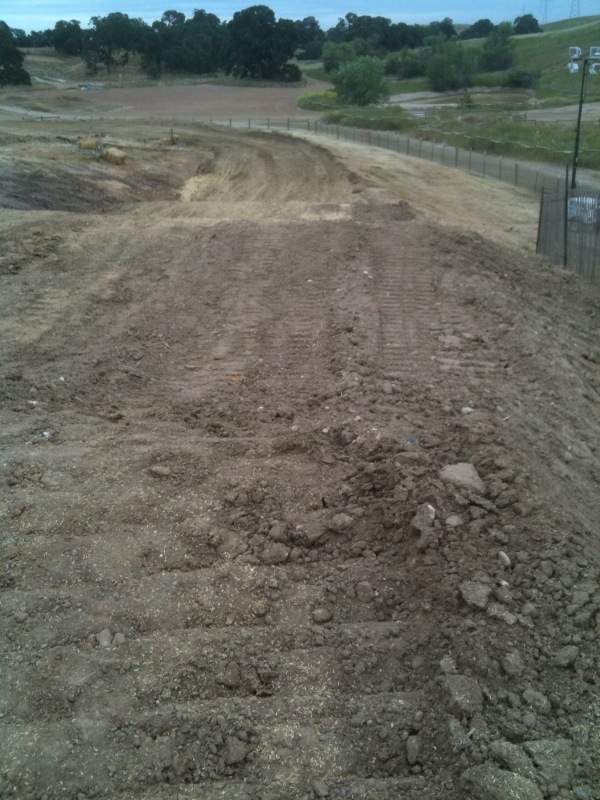 5 There's a rolling triple step-down (very mellow but long) that takes you to the far right of the track, followed by a big left-hand sweeper 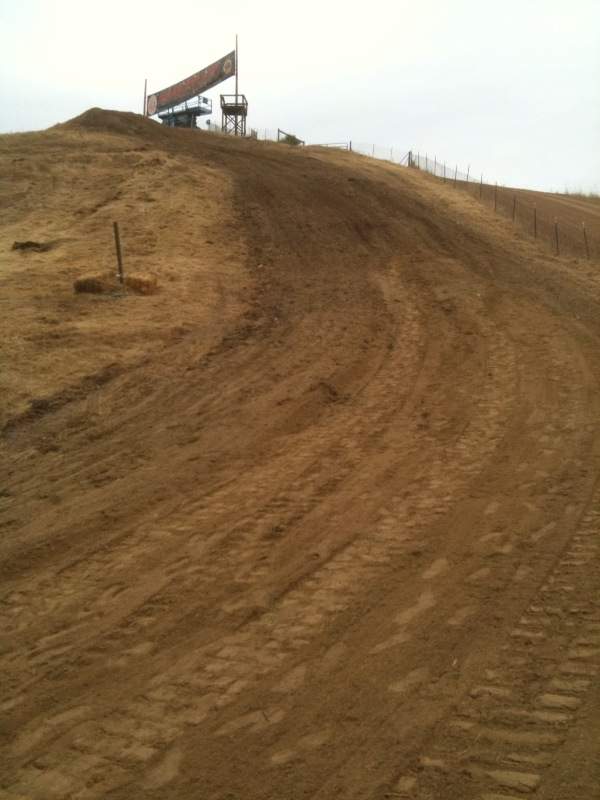 6  Big uphill sweeping hill, the massive jump at the top of the hill on the far right side of the track. Barcia will be upside down off that lip! 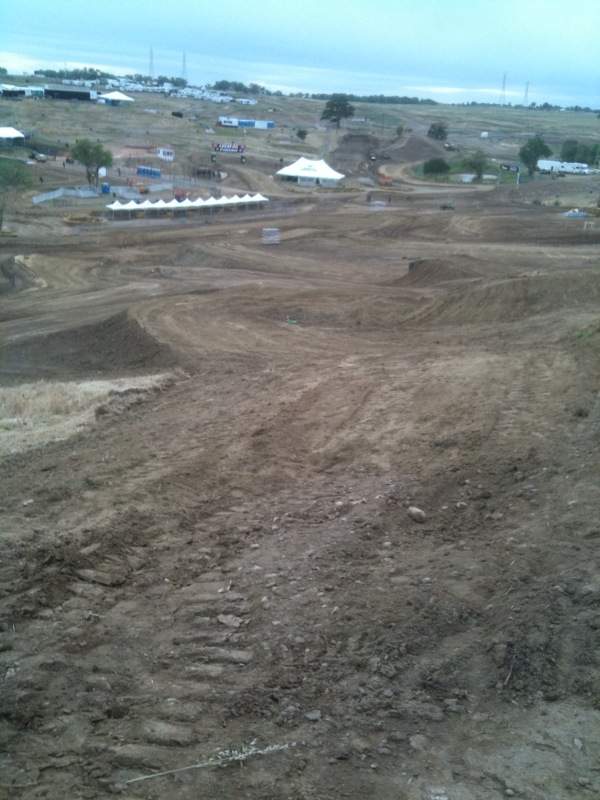 7 The downside of the peak, they will land halfway down the hill, then do a right-left switchback. 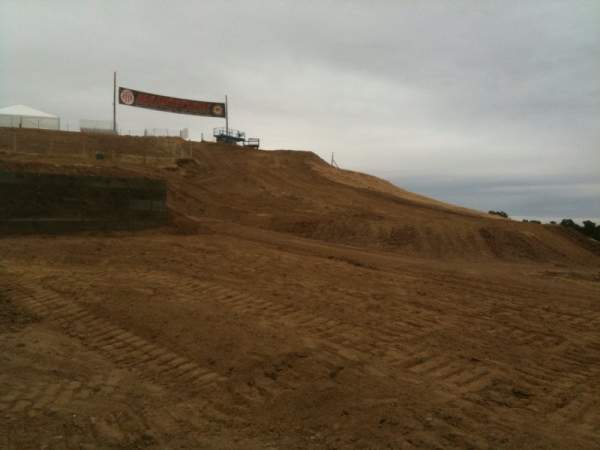 8  The drop-off to the left is after the switchback, then you come down to the funky off-camber hairpin with three laps (missed a photo of that), then back up to the signature jump… 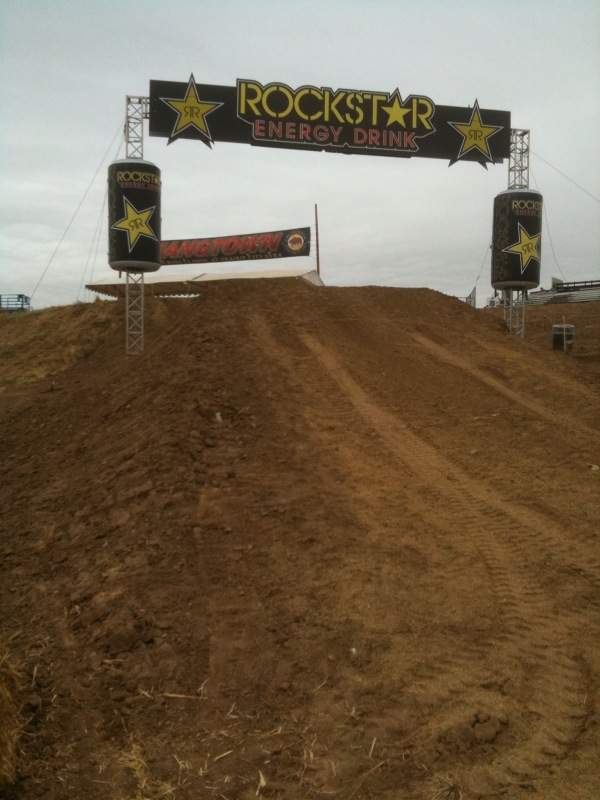 9  The Hangtown Double! It's longer, but the landing is more forgiving. 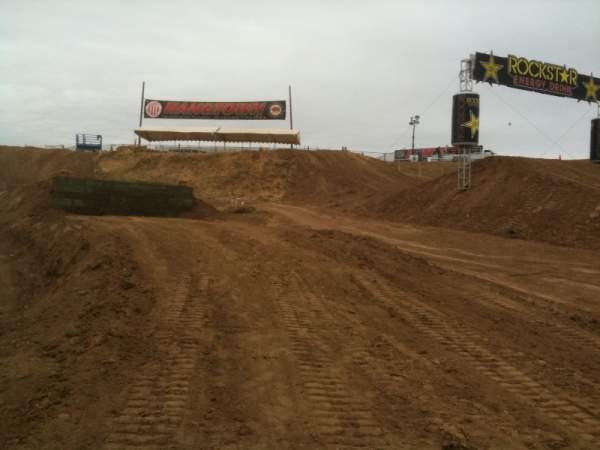 10  The corner after the Hangtown Double, then the donwhill dropaway. 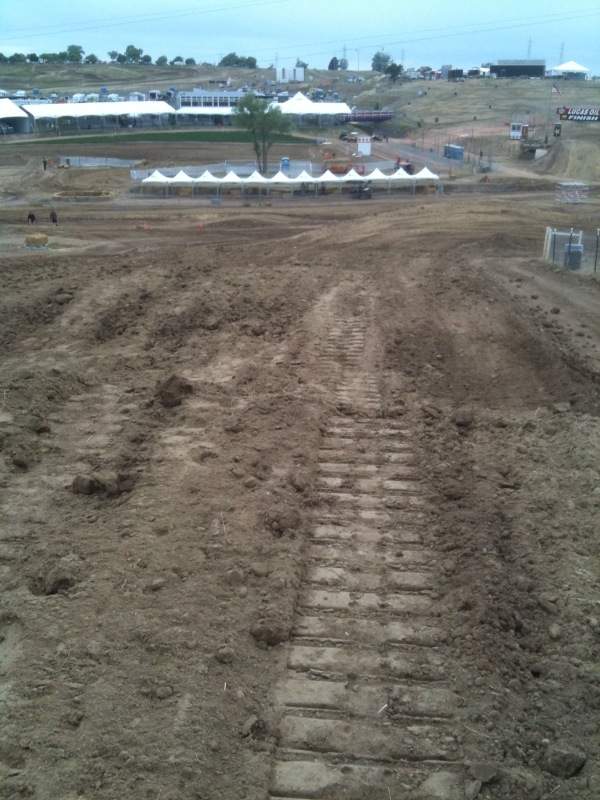 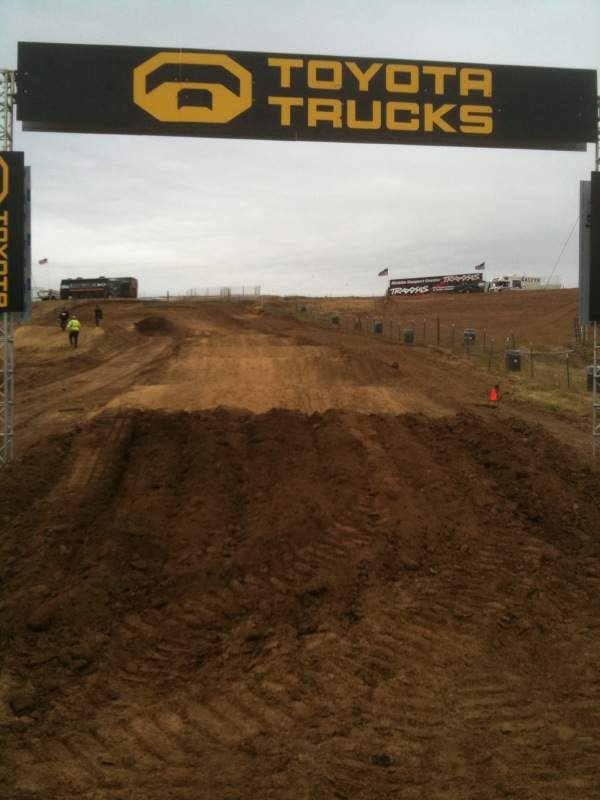 11  After the dropaway, there is a section of rolling jumps down into the center of the track. Low-air, the riders will probably bounce the last couple 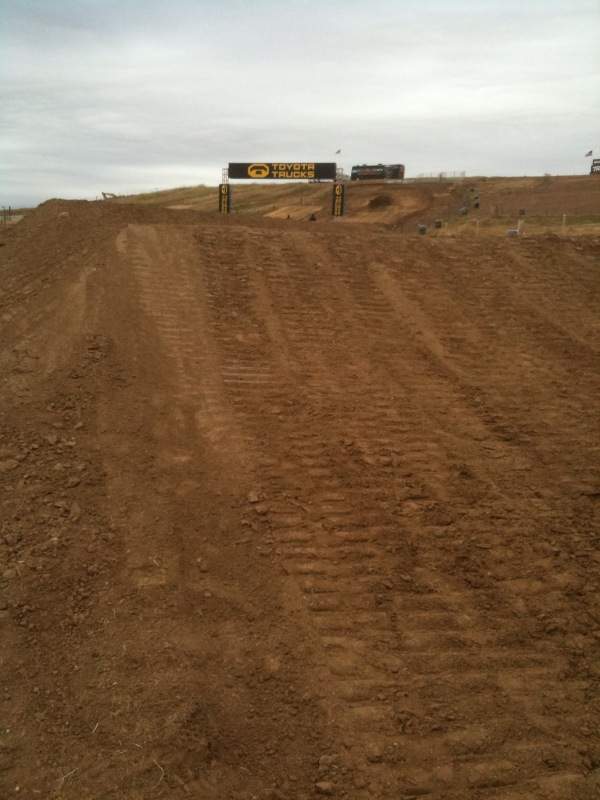 12  Out of the right sweeper in the bottom, a long, gradual uphill of maybe 10 jumps. This could get tough as the day goes on.  It leads to the big banked corner, then the downhill double. 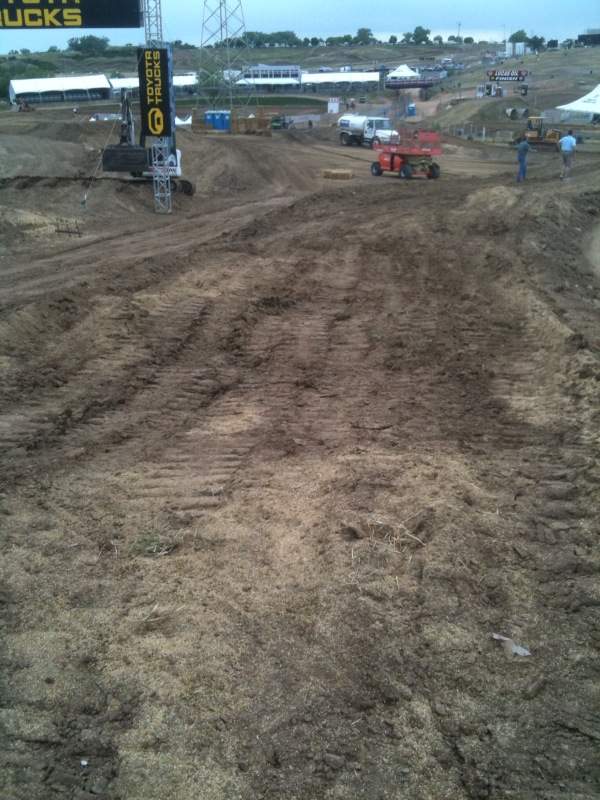 13  Check it out: Man-made moguls going down the hill, into the rolling left where Parts Unlimited sets up. 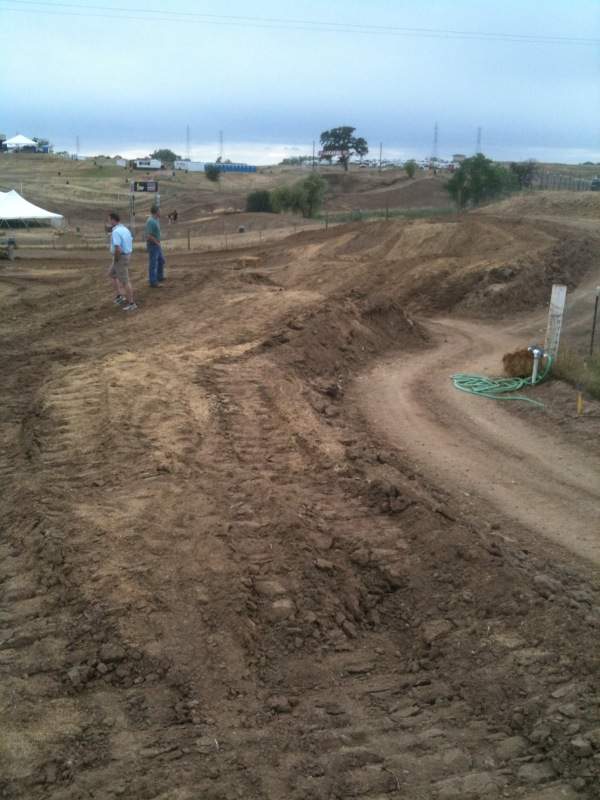 14 Back towards the center, a little double step-down, then to a left and then another little step-down then right out into the back 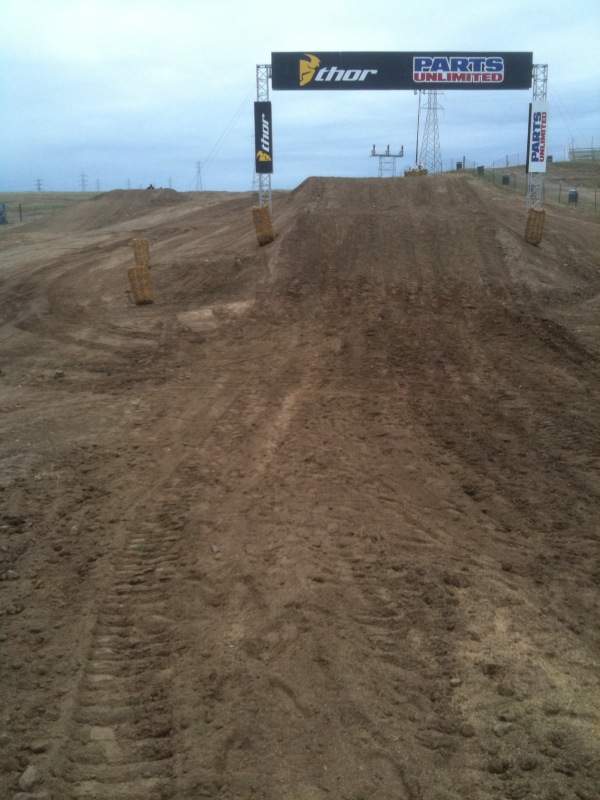 15 The tabletop, then another tabletop to disappear into the back to a banked left corner hairpin, then a big step-up back into sight. 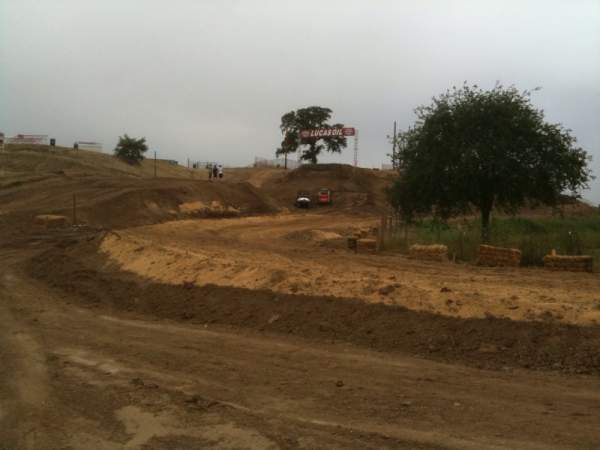 16  Huge, loamy infield sweeper, covered in new loan and rice husks, believe it or not. 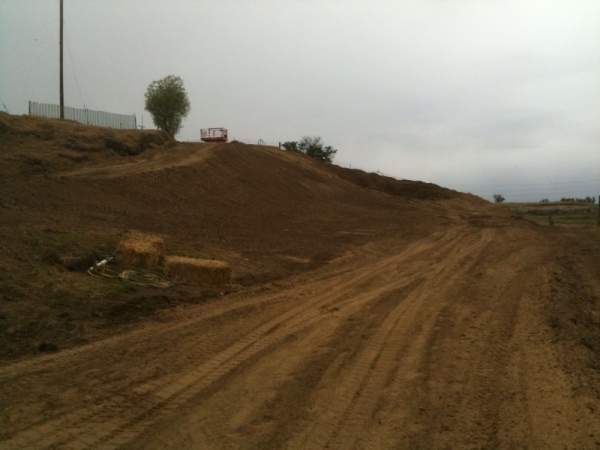 17  Out into the off-camber left, uphill, and then a flat left to the big drop-off…. 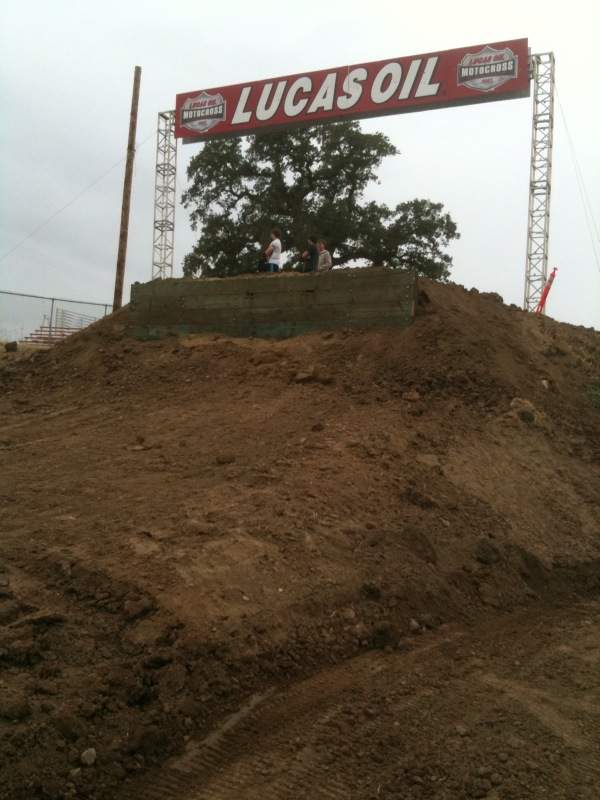 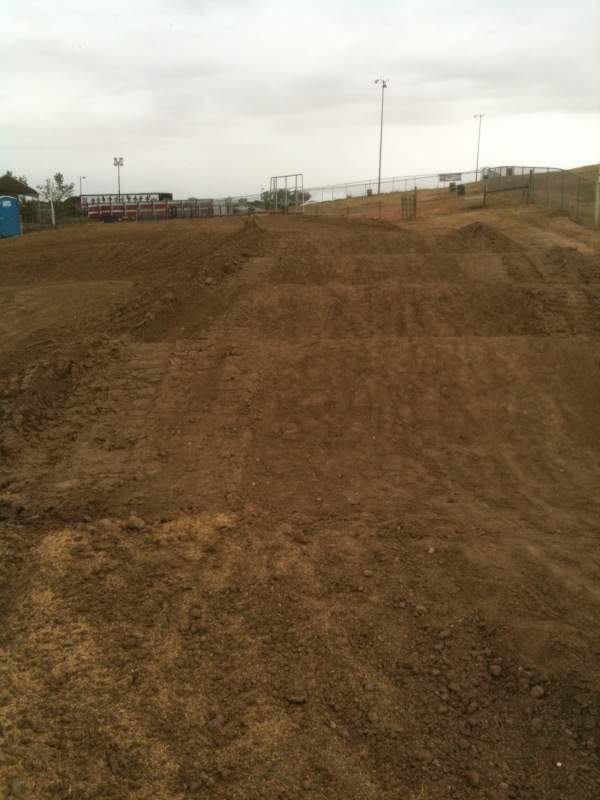 19  After a tabletop, a right and then over the four little jumps before the finish 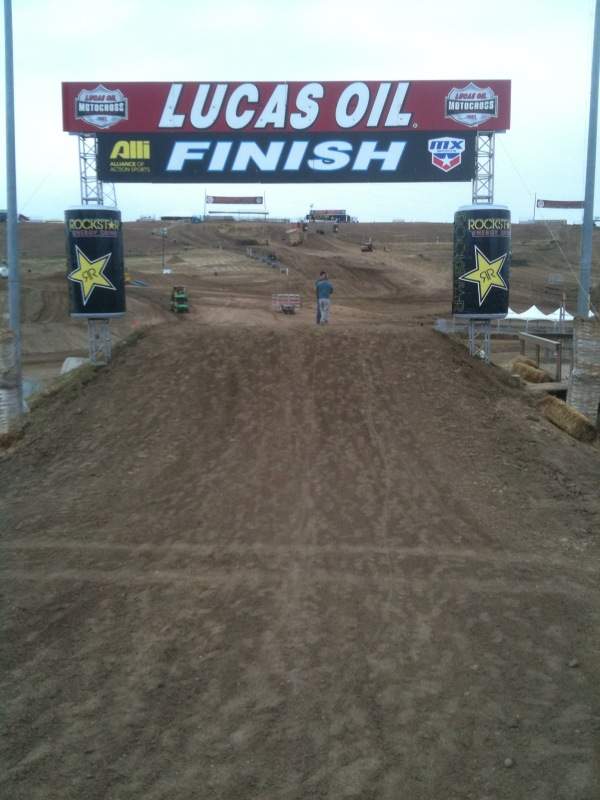 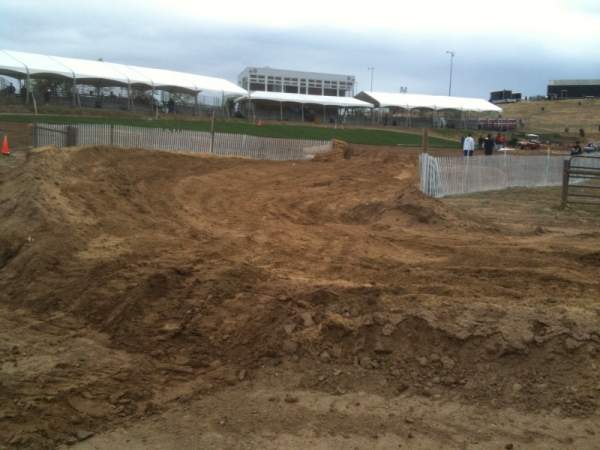 21 After a right after the finish, a quick run in front of the mechanics' area, there is a right-left switchback that take you back up on the starting line, and that's a lap!