FULLERTON, CA - It is with mixed emotions that I write to Danny's friends and the world. While we are all extremely saddened by the sudden passing of our friend and my little motocross brother, we are also happy that Danny is at peace now. He is probably already looking at how to turn one cloud's double into a triple and see if he can do it with one foot off and one hand off his bent handlebar!

Danny and I grew up racing in Northern California together and taking on our rival "SoCal" racers knowing that we would have something to prove. Danny was always up for the challenge. The red-headed dynamo from the Sierra Nevada foothills always amazed me and other much more experienced and accomplished riders with his fully-pinned approach to straights, turns and of course, jumps.

I was very proud of him yet hardly surprised when I learned that he had decimated the competition at the 1982 Trophee and Motocross des Nations winning all four motos. It's what I would have expected out of Danny. It brought a smile to my face later when I heard a story about an official from one of the des Nations events.

Apparently he complained to Danny's team manager and my friend Roger DeCoster that Danny was riding too crazy, clipping trees on his jumps, etc. He said he was going to hurt himself. Roger simply just showed the official Danny's lap times and walked away.

This is how we all will remember Magoo.

In the past 12 months a lot of great people and I have worked toward getting Danny a new van to improve his way of life, which had deteriorated since his 1985 accident in Paris. I know Danny was excited about it and extremely appreciative to all those who contributed. He was genuinely surprised and humbled at the outpouring of support by all of his fans. Although he never got the chance to ride in his new van, he did see pictures of it and approved the new graphics that were being applied at the time of his passing. He really thought they were cool.

I just wish I had started the van project sooner.

As they say about hindsight, even a year or two earlier would've given Danny the opportunity to enjoy his life and do more of things he wished he could have done before Tuesday, May 4th. Now, as this is all swirling about for Lori and I, we are conscious of what should happen with the unfinished van project and all the fine individuals and companies that contributed. There will be decisions made in due time; all with Danny's and his family's best intentions in mind. The van was going to improve Danny's life by giving him the ability to get out and continue his passion for teaching kids motorcycle and motocross safety and I'm confident and hopeful that we can continue to fulfill at least part of Danny's mission. As soon as Danny's affairs have been settled, we'll have a better idea of what to do and we'll let the public know. Please bear with us and understand that whatever decisions are made, they will be done with concern, forethought and guidance by others close to Danny and the van project.

I will miss Danny with all my heart and I want to thank everyone around the world who felt the same about the incredible Mr. Magoo. 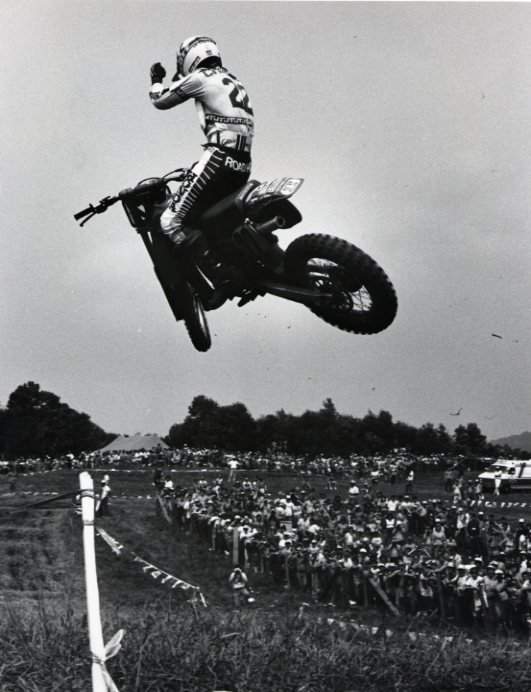