Blair injured both knees while racing the early rounds of the 450 Class in preparation for the East Coast Lites division earlier this season. After the second stop at Anaheim, he decided to undergo surgery on both knees and has endured a rigorous rehabilitation program to get back on the bike.

“It was a really tough decision to go under the knife, knowing I was in a position to have the best season of my career”, says Blair. “I have only been back on the bike for a little over a week, but feel the best way to get back to where I was is to race. My knees feel amazing and I’m excited to see my fans and represent my sponsors who have stood behind me.”

Although he missed a majority of the race season, Blair has had a busy few months as his wife gave birth to their first child earlier this Month. Daniel has also joined NXTagency to assist with rider representation where he can share his lifelong racing experiences with up-and-coming talent and has been working on a full-length album with his brother, Vincent, and their band, “The Main Event”.

Daniel would like to thank all those brands that have supported him in 2010 including Bully Dog Technologies, O’Neal, Gaerne, Jardine, Scott, EVS, Renthal, Dunlop, Motorex, UFO Plastics, Works Connection, No Toil, Factory Backing, EvoMX, Airide Suspension, C4MX, TCCI and NXTagency.

Be sure to follow Daniel Blair at www.Blair125.com, www.Twitter.com/Blair_125 and on www.facebook.com/DanielBlair125 to see his upcoming race schedule, weekly training and race reports and new sponsor announcements. 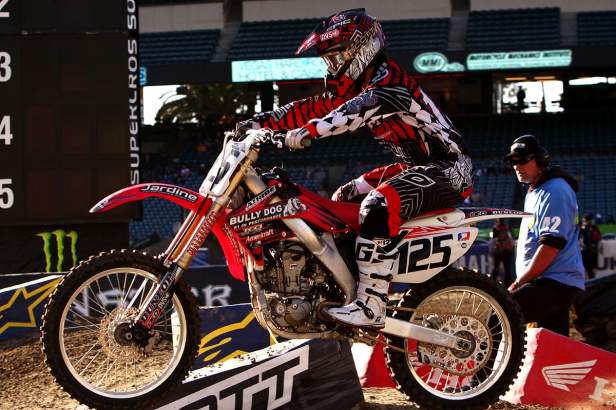