“Going into round three at Lake Havasu with a cold had me a little on the nervous side,” said Kacy. “As I was signing up, I was relieved to hear that the Women's Pro race was changed from its usual afternoon race to a 10:15am morning race. That left me feeling a little more confident, knowing that the track would be a whole lot smoother and a lot less demanding as I was feeling a little weakened because of the cold symptoms. I knew it was critical to get a good start and get out front early, which I did. I charged hard for the first two laps which gave me a comfortable lead over second. For the remainder of the race I was able to focus on riding smooth and not make any mistakes. This was fairly easy for me to do considering I was enjoying the sandy, rocky track so much. I was extremely happy to put my RPM, FMF/KTM at the top of the box for the first time this year and add to my points lead for the championship.  I would like to thank my sponsors RPM racing team, KTM, FMF, Maxxis, MCM Suspension and my mechanic Bryan Ciraolo for making this possible.”

With a record of 2-2-1, Martinez holds the lead in the WORCS Women’s Pro Championship with 69 points, five ahead of her nearest rival. 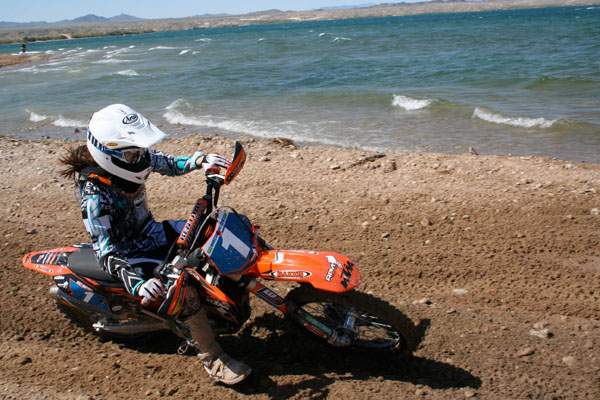