VISTA, CA – Congratulations to DC Motocross and Rally athlete Travis Pastrana. His historic double back flip at Summer X Games 12 was recently nominated by fans as one of STAPLES Center’s Top 25 Greatest Moments.

On August 4, 2006 Travis made history during the MotoX Best Trick event when he successfully completed the first double back flip ever in competition. He took home X Games Gold that night and set the competition bar to a new level for future motocross athletes.

Now thru March 31st fans can go here and vote to make Pastrana’s 2006 X Games appearance the Greatest Moment in STAPLES Center history. The Ten Greatest Moments will be unveiled on April 14, 2010.

For more information on Travis and the DC Moto team visit, www.dcshoes.com/moto. 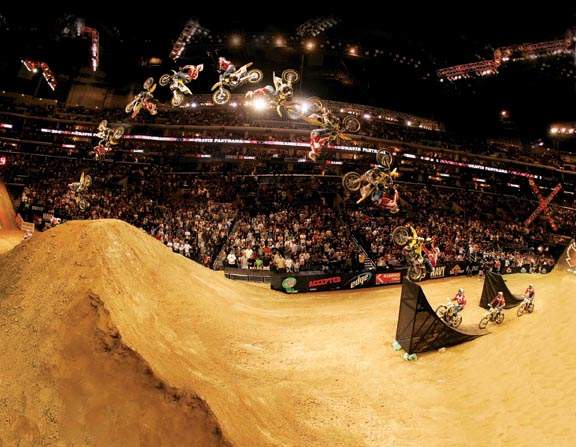