On press day, JGR/Toyota/Muscle Milk Yamaha's Justin Brayton hucked it, and it was closer to 85 feet at the time. They have shortened it to 80 for today. During the track walk, Rockstar/Makita Suzuki's Austin Stroupe said he's going to huck it on his 250F. 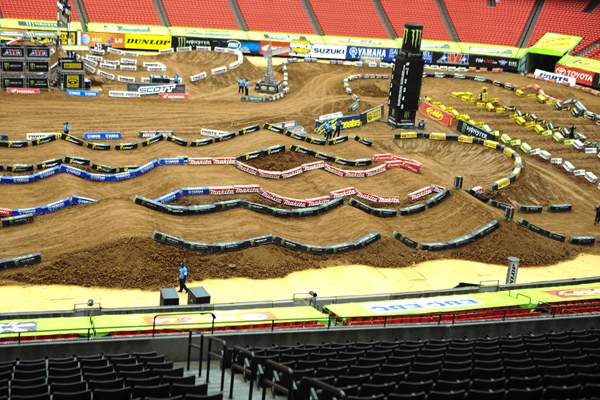