Throttle Jockey is proud to announce their continued relationship with Les Smith #87. Les will be aboard a JGR-backed 2010 Yamaha YZ250F this weekend at the opening round of the East Coast Lites Series at Lucas Oil Stadium in Indianapolis. The relationship started when Les was an up-and-coming Honda amateur at Loretta Lynn’s and continued when he stepped into the pro ranks at the end of the 2009 Lucas Oil AMA Pro Motocross Championship aboard a Kawasaki. Matt Davis, V.P. of T.J., had this to say: “Les and his family are exactly what we look for in sponsorship. They are pro on and off the track. You can’t ask for anyone better to represent your brand than the Smith family.” The #87 machine will be sporting T.J.’s new line of 50/50 graphics. At times it may look like Les is on two different bikes, depending on what side you see him from. The right side is black and the left side is Yamaha blue, so don’t be alarmed! 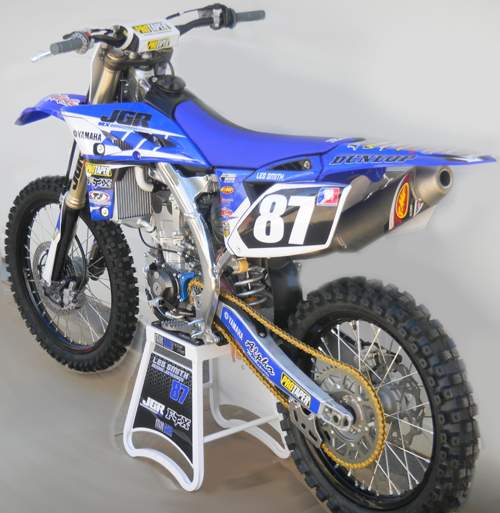 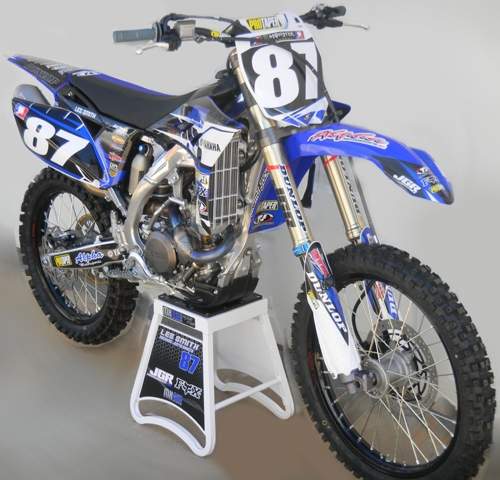