On the opening lap of the first SX Lites heat race of the night in Anaheim, Rockstar Energy Suzuki's Ryan Morais suffered a very ugly crash after he was landed on by privateer Phil Nicoletti. Morais landed hard on his back, which resulted in him sitting out the rest of the night, thus falling from second to fifth in the points. We contacted his team manager, Bill Keefe, for an update this morning. "Initial reports are that nothing is broken," Bill said. "We will go day to day on his recovery, but he wants to be back on the bike as soon as possible. Ryan is currently at home resting and has an appointment to see his personal doctor today."

Stay tuned to Racer X Online for updates as we learn more on Ryan's condition. 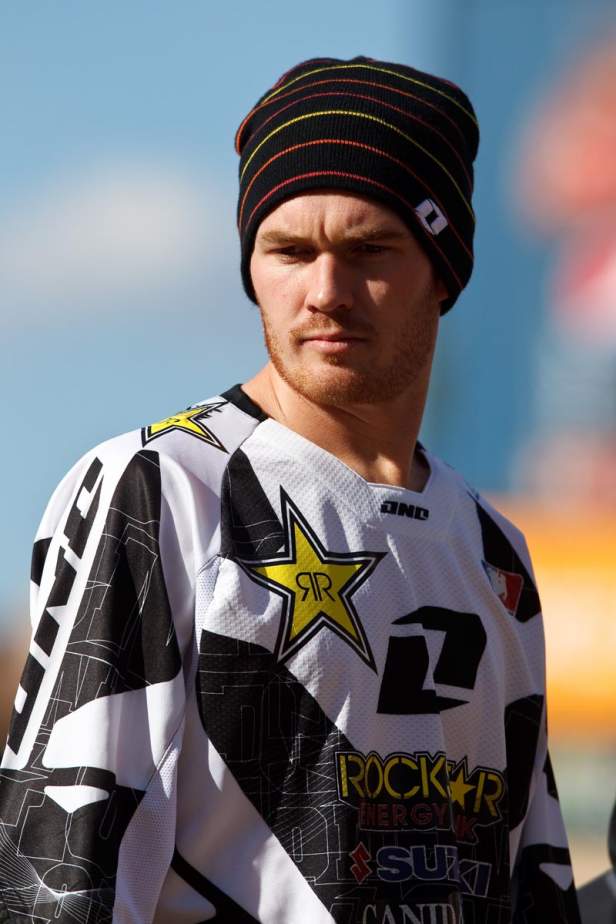 Ryan Morais is banged up, but not broken.
photo: Simon Cudby