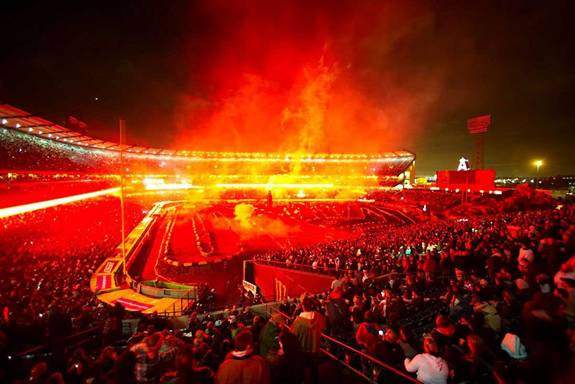 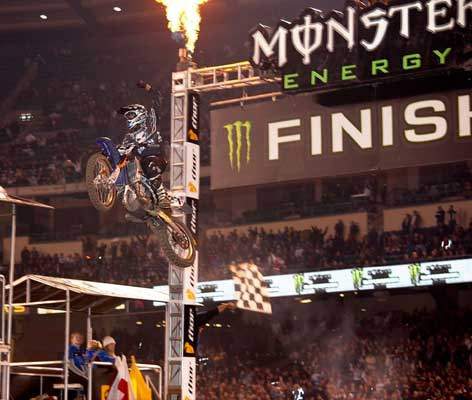 On lap two, Reed passed Stewart, the 2007 AMA Supercross class champion. Stewart answered back on lap six as he regained the lead, but just a few turns later Reed and Stewart collided, causing each of them to crash. Upon reentering the race, Stewart was hit by GEICO Powersports Honda’s Kevin Windham. Stewart was unable to restart his bike and return to the race, while Reed reentered the race in third place.

Grant took over the lead and rode to a flawless win. Honda Red Bull Racing’s Andrew Short finished second and Reed held on for third. This dramatic start to the season set the stage for one of the greatest seasons in Monster Energy® Supercross history. 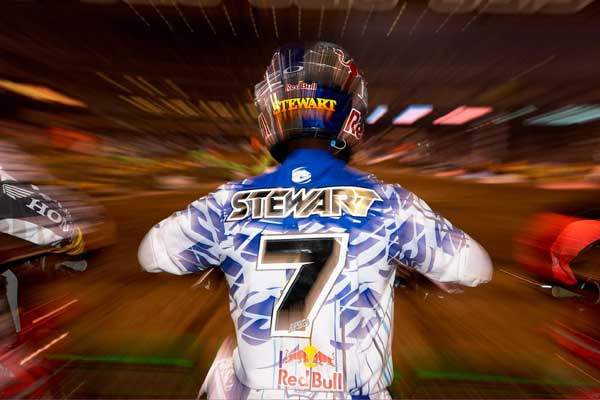 “I don’t know what to say right now,” said Grant. “To get my first win out of the way is huge, and I am so pumped. I saw those guys (Stewart and Reed) on the ground and just raced hard to the win.”

Weimer moved around Reardon on lap two and began to extend his lead. While riding in second and third place, respectively, Reardon and Brayton crashed into one another, losing several valuable positions. This allowed Monster Energy/Pro Circuit/Kawasaki’s Ryan Morais, of Murrieta, Calif., to move into second. 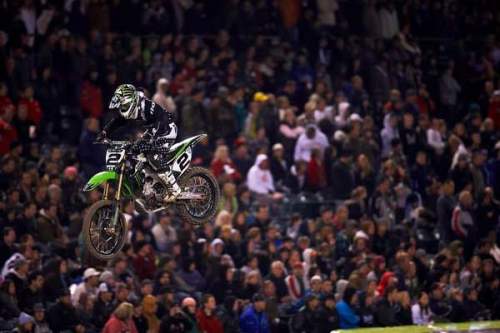 “This was a great start to the season,” said Weimer. “It couldn’t be any better than tonight. I look forward to a great season.” 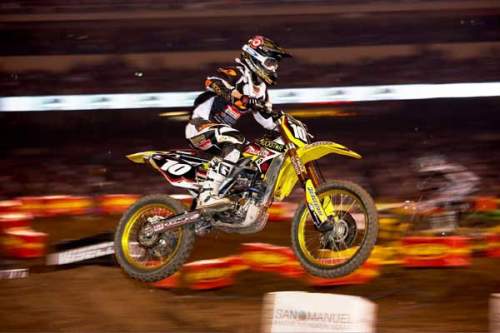 Tickets are available at www.SupercrossOnline.com, by phone at 1-800-745-3000 or 714-740-2000, the Angel Stadium box office, Ticketmaster outlets, www.ticketmaster.com, and participating Yamaha dealerships. Club Level tickets are $75; Diamond Club seats and Trackside Seats are $50; Extreme seats and Upper Deck seats are $35.  All seats are $5 more on the day of the race. Practice and qualifying begin at 12:30 p.m. and racing begins at 7:00 p.m.  Just recycle any empty Monster Energy can at the Pit Entrance for your free admission to the Pit Party with a valid Saturday event ticket from 12:30PM – 6:00PM.  Pit Passes will also be available for purchase for $10 on the event day at the Angel Stadium box office.

Past Winners in Anaheim