But what do the lap times from Las Vegas tell us? We took the fastest main-event lap time for each rider and posted it in the chart below, and you’ll see that the West Region won this battle, as both Ryan Dungey and Trey Canard were the top two on the timing and scoring monitors. The west also had the majority of riders in the top ten, with six. Check out the rest of the field below: 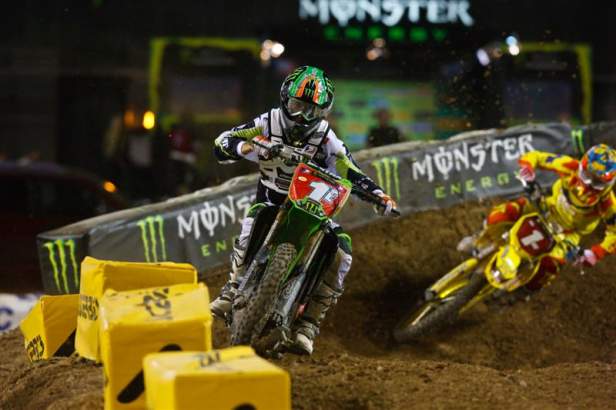 The fastest rider of the night in Las Vegas was Monster Energy Kawasaki’s Ryan Villopoto, who took his second win of the 2009 season. He was followed by Rockstar/Makita Suzuki’s Chad Reed and San Manuel Yamaha’s James Stewart, who obviously backed it down a notch in order to protect his six-point lead and the championship. There really was no big surprises throughout the field, but here’s a shout-out to JGRMX/Toyota Yamaha’s Nathan Ramsey, who had the tenth fastest lap time of the main event on his was to a ninth-place finish. He was only a half-second off the fastest lap of his teammate, Josh Grant, and even passed Honda Red Bull Racing’s Davi Millsaps in the main event. It was a great way to end a part-time season for Nate-Dawg, and we hope to see you back in 2010. 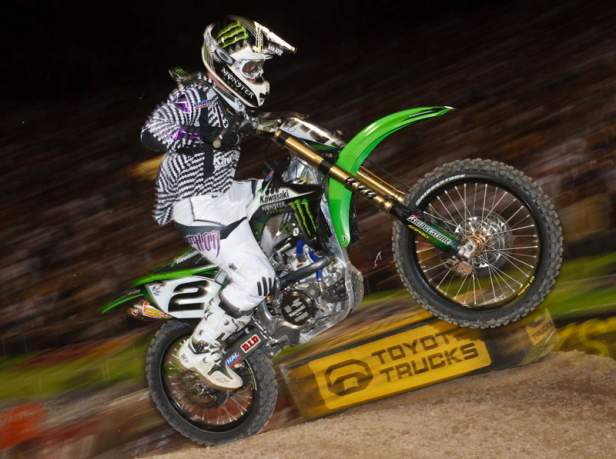