AMA Supercross Lites You have to give credit to Monster Energy/Pro Circuit Kawasaki’s Jake Weimer; he gave it 110-percent in the final round of the Western Regional AMA Supercross Lites Championship this past weekend, logging the fastest lap time in the main event on his way to a runner-up finish in the main, and unfortunately for him, the series. Second fastest was 2008 Eastern Regional Lites champion Trey Canard. Rounding out the top three was Troy Lee Designs Honda’s Jakes Moss, who was on track to grab the win. Check out the rest of the field’s fastest main event lap times below: 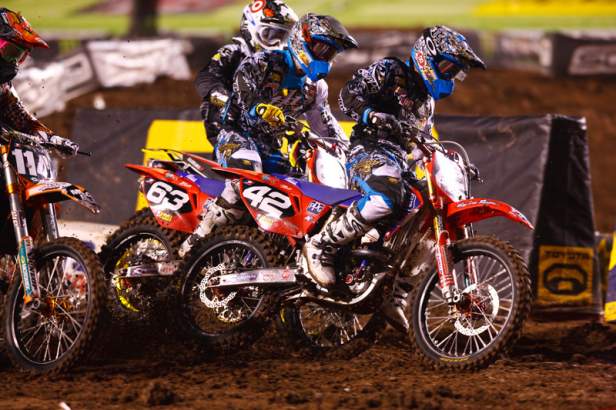 Though the championship is coming down to the wire, and any mistake could cost either James Stewart or Chad Reed the championship, these two world-class supercross racers are still throwing down the fastest lap times of the night, and in Salt Lake City it was Stewart taking the top honor with a 51.695. Reed was second fastest followed by a rejuvenated Davi Millsaps aboard a Honda Red Bull Racing CRF450R. Check out the rest of the field’s fastest riders below. 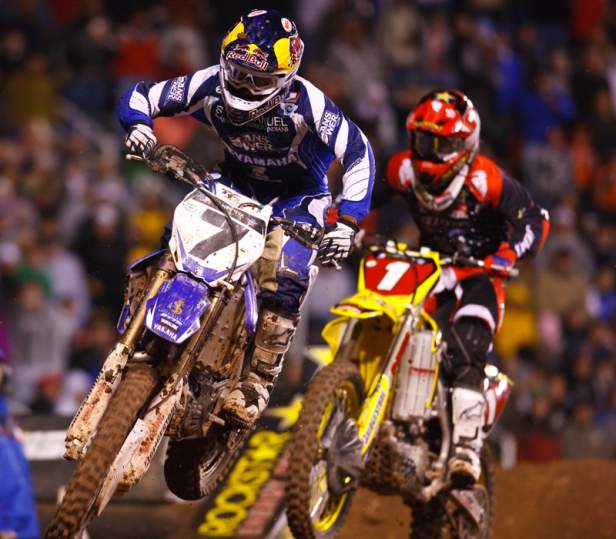