I have to admit, Mr. Pingree’s assessment was spot on, as not only did we see a major swing in the AMA Supercross championship battle, we also saw a first-time winner and a rider top the fastest-lap chart for the first time this season.

Let’s begin with the AMA Supercross class, since this is where we saw the most action. If you had to guess who the fastest rider of the night was in Seattle, who would you say? Stewart, Reed or Villopoto, right? Well you’d be wrong, as the fastest lap time was recorded by Rockstar/Makita Suzuki’s Mike Alessi on lap two of the main event. After pulling yet another holeshot, Mike sped off to lead the first seven laps before a slight bobble dropped him back. Mike still finished fourth and closed to within one point of Kevin Windham for fifth overall in the championship standings. Second-fastest on the night was eventual winner and local crowd favorite, Ryan Villopoto, who took his first-ever AMA Supercross-class victory after missing the past few races health issues. Third fastest was James Stewart, whose runner-up finish boasted him to the championship lead. He was followed by JRGMX/Toyota Yamaha’s Josh Grant and Honda Red Bull Racing’s Davi Millsaps. So where was Chad Reed? The defending champion could only muster the eighth fastest lap time on the soft and rutted Seattle circuit on his was to a season low seventh-place finish. Check out the rest of the field’s fastest main-event lap times below. 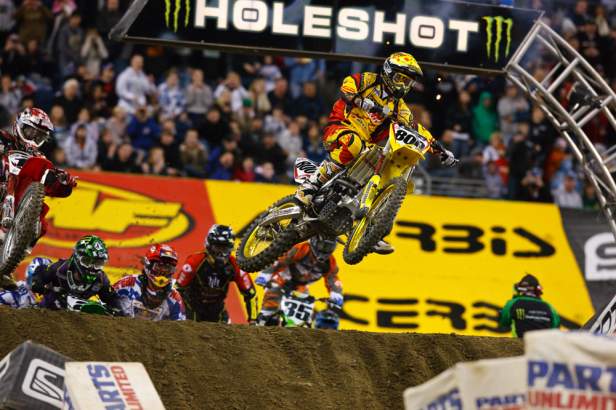 While there were some new faces atop the lap chart in the AMA Supercross class, it was the usual suspects setting the fast laps in the Lites division, as eventual winner and points lead Ryan Dungey topped the board with a 54.385. Third-place finished Trey Canard was second quickest aboard his GEICO Powersports Honda ride, followed by the Monster Energy/Pro Circuit Kawasaki duo of Ryan Morias and Jake Weimer, who are both still in contention for the championship with one round remaining. Rounding out the top five is Troy Lee Honda’s Jake Moss, who was on the gas all night long, winning his first Heat race en route to his best finish of the season. He may top that this weekend, as his team manager told me in that phone call over the weekend that his guys “flat out haul ass on hardpack.” Check out the rest of the lap times below. 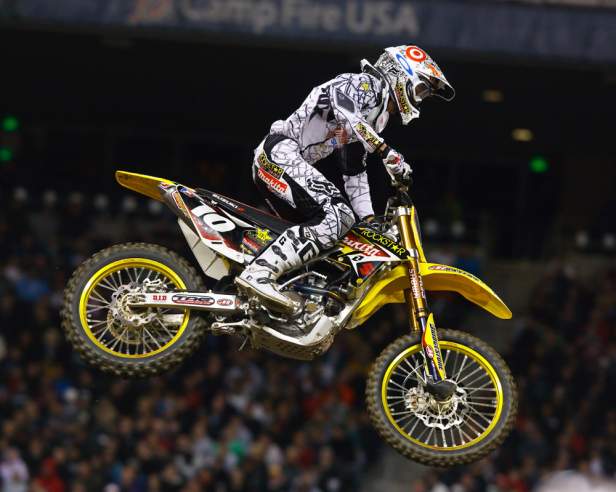