Biggest surprise? Let’s give credit to Warthog Racing Academy’s Cody Gilmore, who posted the 12th best time in the Lites class on his way to a 15th. 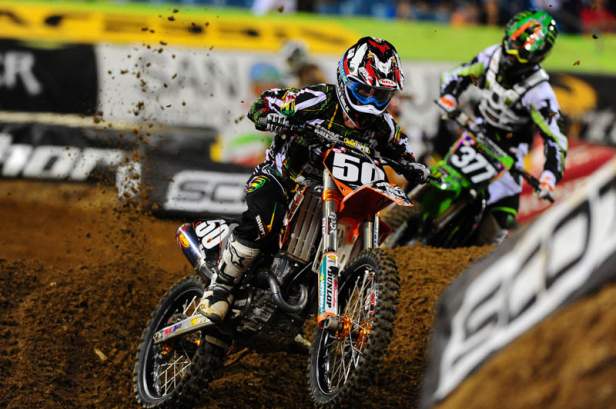 Once again James Stewart showed that he was the fastest supercross rider on the planet, winning his tenth main event of the 2009 season and logging the fastest lap time of the entire night along the way. James laid down a 51.742 on lap five while tracking down Chad Reed, who was second fastest on the night. And props to GEICO Powersports Honda’s Kevin Windham, who was the third fastest on his way to a podium finish—his second of the season. Honda Red Bull Racing’s Andrew Short was fourth fastest, followed by Yamaha teammates Josh Hill and Broc Hepler. 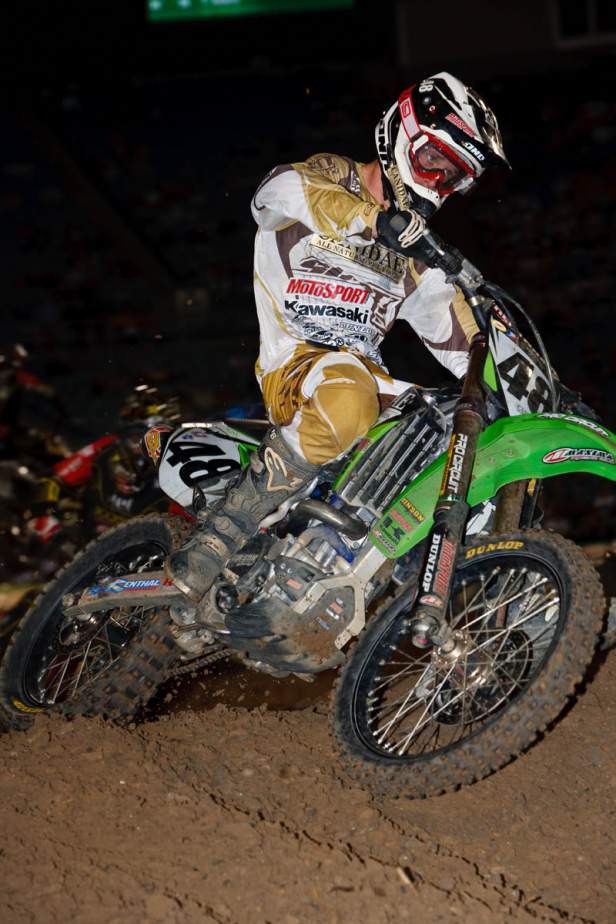