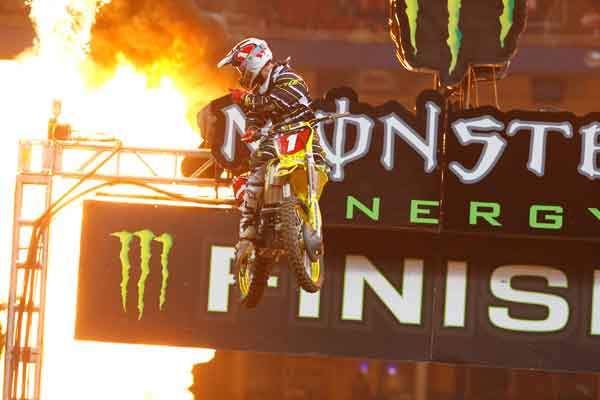 A fired up Chad Reed wins the third race of his 2009 season
Photo Credit: Brian Robinette

Nearly 56,000 fans at the Edward Jones Dome watched Team San Manuel Yamaha’s Stewart, of Haines City, Fla., crash on lap 14 while leading Reed in the premier class feature. Stewart, who has eight wins this season, won in Toronto in 2005, and Reed is the only two-time winner in Toronto. 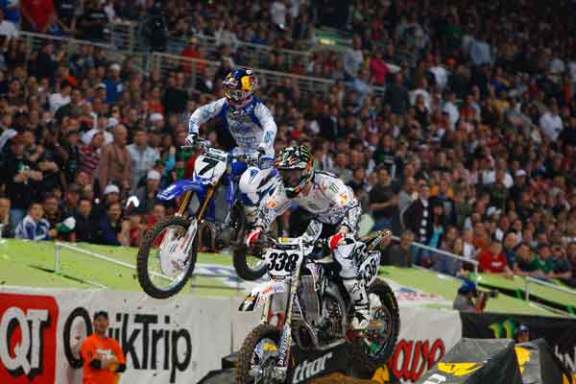 Both Reed and Stewart found themselves inside the top ten but quickly asserted themselves by moving into the top three by the completion of lap 1. On lap 2, Reed made his move on Grant for the lead while Stewart followed into second. Just two laps later, Stewart worked by Reed with an impressive move and began gapping the field. In his heat race earlier in the evening, Stewart crashed on two occasions and snuck into the main event. He experienced similar problems on lap 14, over-ending his motorcycle and allowing Reed to get by and steal the victory. Stewart would hold on for second while Grant brought home third. 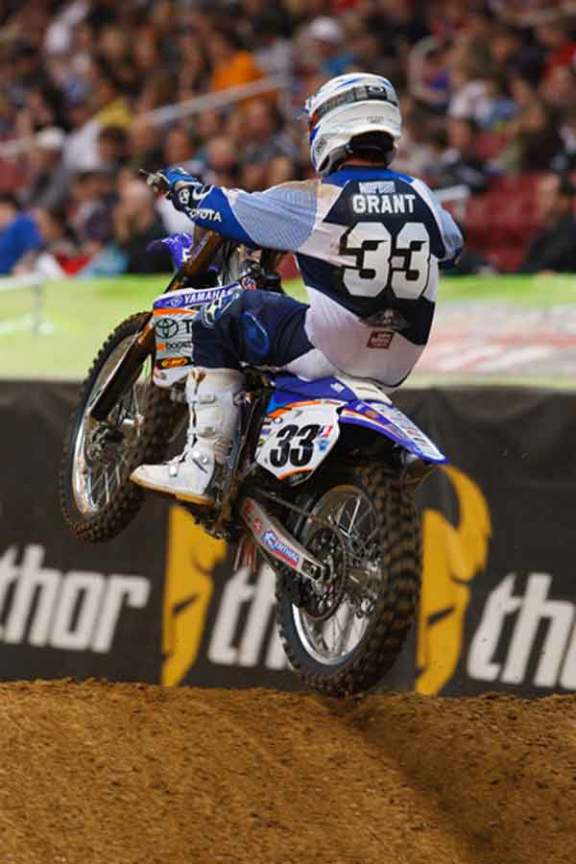 Josh Grant earned the third-best finish of his career with a third in St. Louis
Photo Credit: Brian Robinette

“I just hit neutral,” explained Stewart. “I made a mistake in the whoops. Sometimes that’s the way it goes you know. I had a rough night with the heat race and stuff. I’m trying my hardest and that’s the best I can do. I just keep training so I can give it my best each week. I’ll never stop and I’ll fight until the end.”

“Like I say every week, you got to be in it to win it and that’s what we’re doing,” boasted Reed, who extended his advantage over Stewart to 11 points. “I’m having a ball out here. The track was just awesome tonight. Travis (Pastrana) designed a great track. I just love this St. Louis dirt. James started hitting his lines early on and pulled away, but I just kept my head down.” 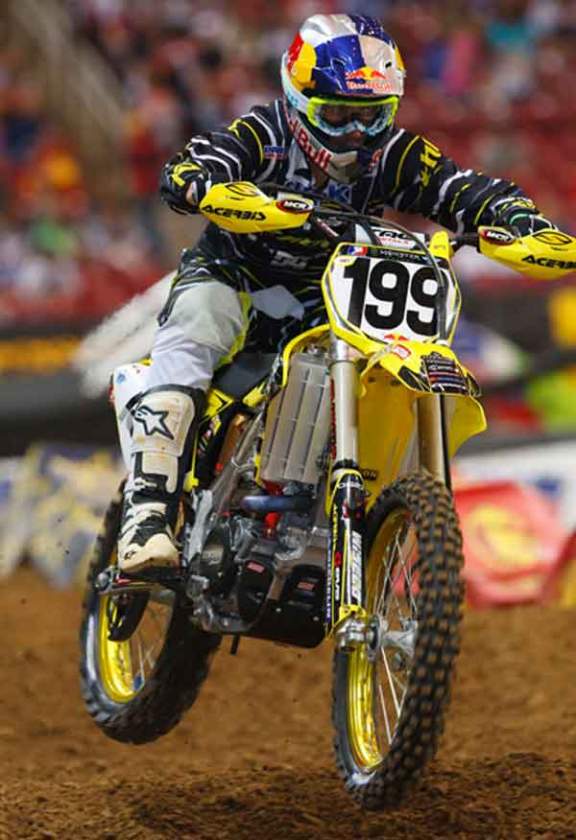 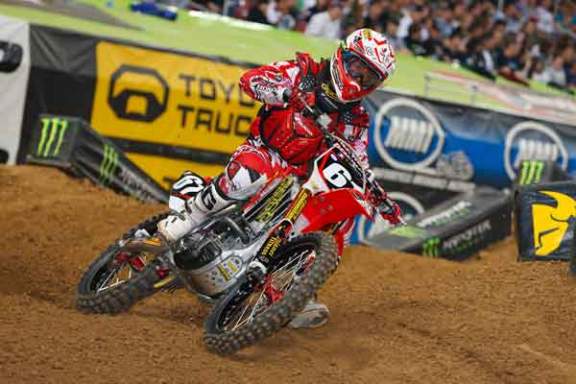 Wharton blasted out of the gates in the 15-lap main event to nip Monster Energy/Pro Circuit Kawasaki’s Austin Stroupe, of Lincolnton, N.C., for the holeshot as Rockstar/Makita Suzuki’s Nico Izzi, of Murrieta, Calif., followed in third. The trio would remain at the front of the pack throughout the remainder of the main. Wharton fended off the advances of Izzi, who slipped past Stroupe on lap one, throughout the first half of the race and slowly began to pull away. A determined Stroupe reeled in Izzi on the final lap to take second.

“I’m excited,” said Wharton, who turned pro last August. “I got the holeshot and just rode my own race. The track was great. My bike was great. It was just a great night. Getting the podium last week gave me the confidence I needed to ride up front. I just want to thank everyone that’s supported me this season and in my career.”

Points leader, Monster Energy/Pro Circuit Kawasaki’s Christophe Pourcel, of Corona, Calif., suffered from a bad start that placed him in second to last place on lap 1. He would work his way through the field to bring home an impressive fifth place finish and maintain his advantage over teammate Stroupe.

Millsaps went down on the second lap and allowed Honda’s Kevin Windham, of Centerville, Miss., to move into second place. Windham crashed on lap seven and gave the number-two position back to Millsaps. On lap 15 Windham re-passed Millsaps for second place.

“I think this year we have been saying that each race gets tougher and tougher,” said Reed. “I did not want to crash in the main like I have in the last few races. The track had a lot of ruts and you had to be smart. We had a great week off, and I flew home to Australia.”

Past Winners in Toronto