In the main event, it was Chad Reed logging the fastest lap time, with his 1:08.732 coming on lap 14 as he hunted down the leader, Lawrence. James Stewart, sans helmet visor after the first-turn crash, had the second fastest time, his 1:08.850 coming on lap four. Lawrence rounded out the top three with a 1:09.313, followed by Honda Red Bull Racing’s Davi Millsaps and Rockstar/Makita Suzuki’s Mike Alessi. Check out the rest of the field’s fastest main-event lap times below. 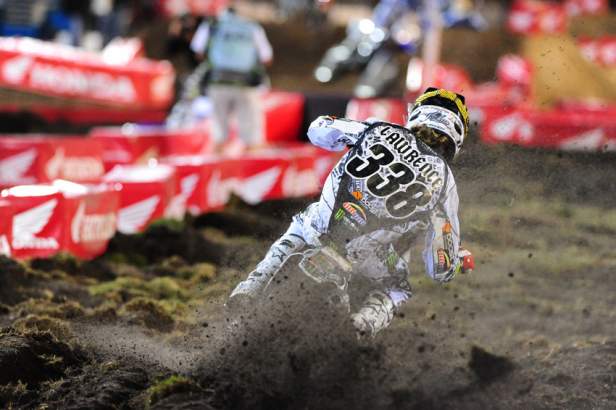 In the Lites class, it looked like Muscle Milk/MDK KTM’s Martin Davalos had his first major win in the bag, as he passed both Matt Lemoine and Christophe Pourcel and started to open up a gap. He recorded the fastest lap time of the main event (1:09.918) on the third lap, and even began to pull away. Unfortunately, Davalos tightened up on lap 12 and relinquished the lead to the second-fastest rider in the class, Pourcel.

The third- and fourth-fastest lap times of the main event came from the Division 7/Star Racing Yamaha’s pilots Lemoine (fourth) and Darryn Durham (seventh). Podium finisher Nico Izzi had the fifth-fastest time en route to a third-place. Check out the rest of the field below. 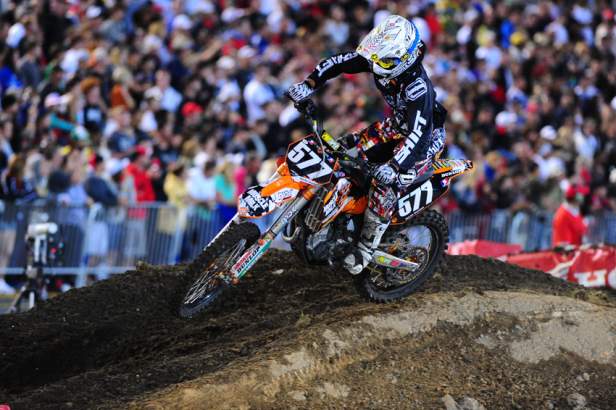