Austin Stroupe had Atlanta in the bag. The Monster Energy/Pro Circuit Kawasaki pilot pulled the holeshot and was inching away from his teammate each and every lap. He recorded the fastest Lites lap time—a 49.371, on lap four—but then threw it all away on lap 10 when he stalled his KX250F in a right-hander. This allowed his teammate to ride off with his second consecutive win of the 2009 Eastern Regional Lites Series.

Pourcel was again fast, though. He had the second-best lap time in the main event, a little over a half-second slower than Stroupe. Rockstar/Makita Suzuki’s Nico Izzi was third fastest, followed by Muscle Milk/MDK KTM’s Martin Davalos and GEICO Powersports Honda’s Blake Wharton, who came oh-so-close to grabbing his first-career podium finish. Check out the rest of the Lites class lap times below: 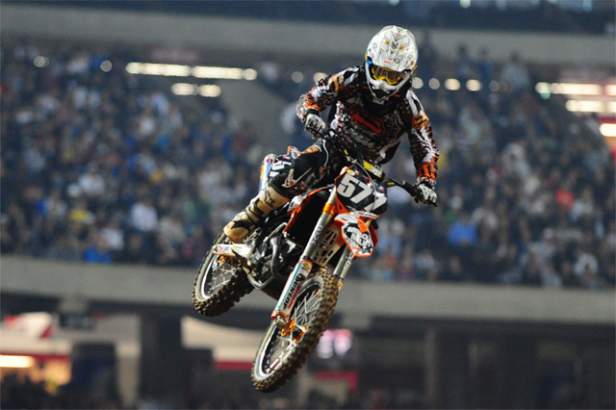 James Stewart’s recipe to winning is pretty evident to us at this point. The most important part of the race for the San Manuel Yamaha rider is the start, and then the first ten laps. If all goes as planned, as it did in Atlanta, Stewart charges into the lead and goes as fast as he possibly can until he hits the halfway mark. Then, if he has a comfortable lead, he hits cruise control.

In Atlanta, he got the holeshot, set the fastest lap of the night (48.345) on lap five, ran sub-50 second lap times till lap eleven, and then ran 50-plus lap times until the checkered flag. He took his seventh consecutive win and assumed the points lead with a 9.4-second cushion over Chad Reed.

Reed, on the other hand, was second fastest, again, followed by Monster Energy Kawasaki’s Ryan Villopoto, JGRMX Toyota/Yamaha’s Josh Grant and Team Yamaha’s Broc Hepler, who finished a solid fifth in his second-ever 450cc supercross. Check out the rest of the field’s fastest lap times below: 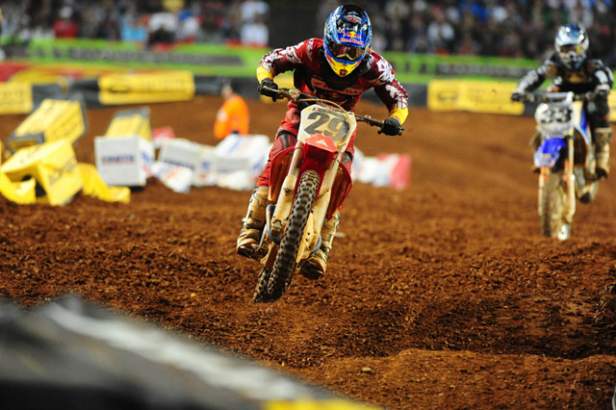