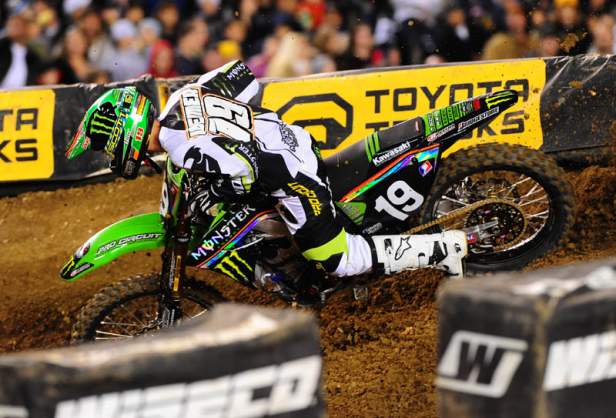 In the AMA Supercross class, San Manuel Yamaha’s James Stewart was again the fastest man on the track. His fastest lap time (46.037) came on lap five, and with an average lap time of 47.5, the main event took just over fifteen minutes to complete.

Rockstar/Makita Suzuki’s Chad Reed was the second fastest in the main event, this coming after only recording the fifth fastest time in timed practice. That’s why Reed was in Stewart’s heat race, which gave us a preview of the main event.

As for the top five in the AMA Supercross class, Reed’s fastest lap came on lap six and Josh Grant’s came on lap five, but Ryan Villopoto’s came on lap 20! Check out the rest of the top lap times from San Diego below.

Biggest surprise? In his first AMA Supercross main event, Yamaha’s Broc Hepler managed to record the sixth-fastest lap time of the main event, in front of the likes of Davi Millsaps, Kevin Windham, Mike Alessi, Ivan Tedesco and Tim Ferry! Considering Hepler is coming off of a broke collarbone and hasn’t had much time on the bike, that’s very respectable. 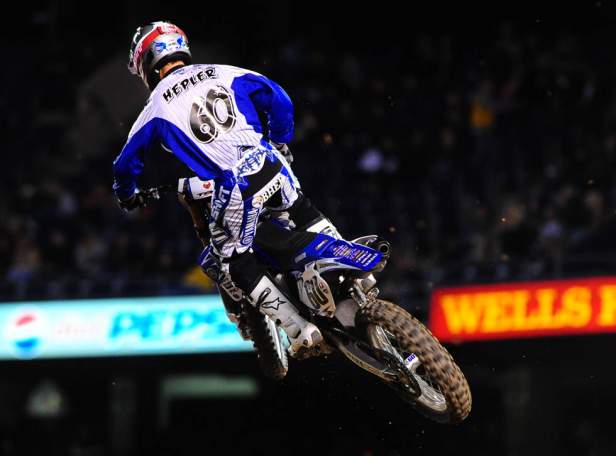