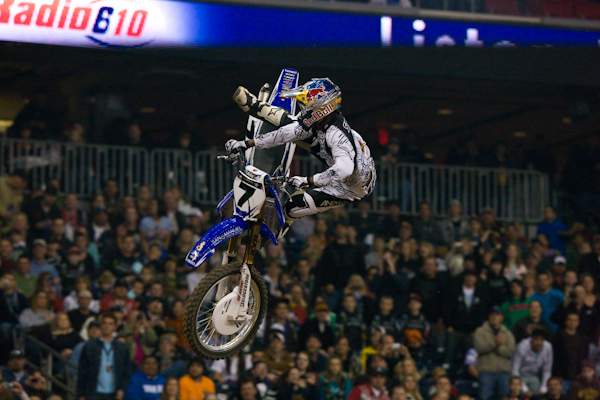 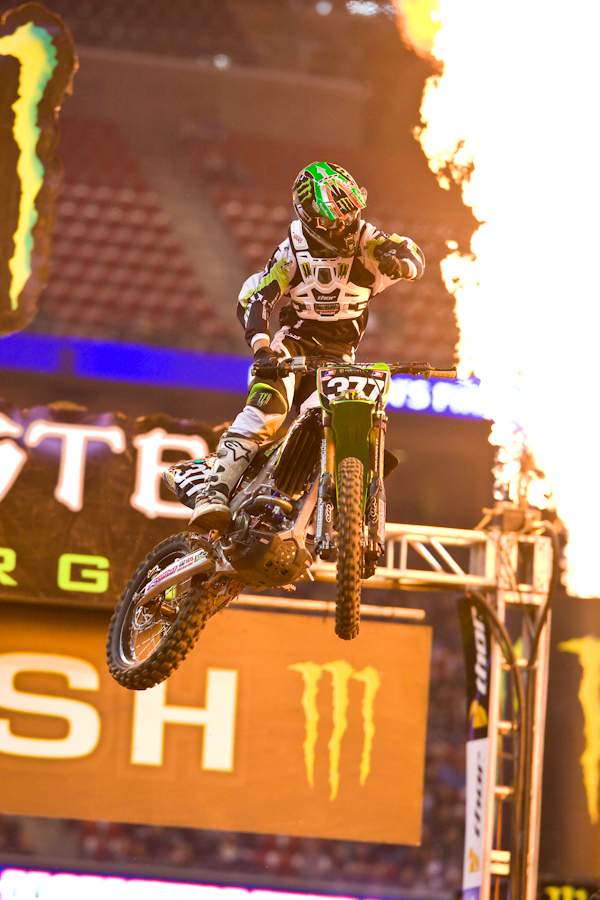 “I felt good all day,” said Stewart. “I knew it was going to come down to the start. I love it here in Texas so I would like to say thanks to all of (the fans). It was all good clean racing tonight, especially with Villopoto. I had a great line over in the whoops and it all just worked out tonight. Every week we get better and my San Manuel Yamaha is working great.” 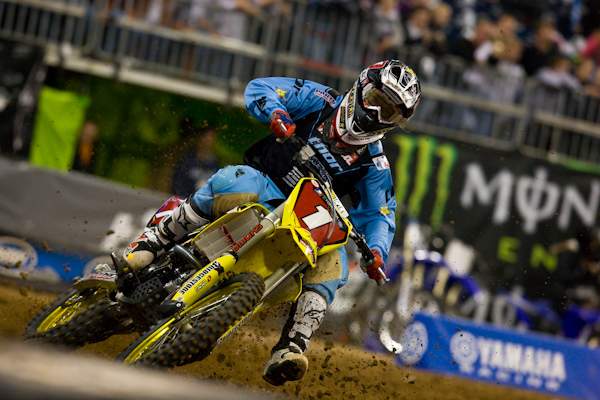 Despite having to wait yet another week to capture his first win of 2009, Reed still maintained the points lead after another valiant effort. He currently holds a nine point advantage over Stewart.

“That was tough those first few laps,” explained Reed. “I had to be smart and keep it up. It was tough racing tonight. James (Stewart) is riding great and I wish I could get better starts to make it better for the fans.

“It was tough for me this weekend, I don’t know why, so to get second is awesome. It was really a struggle all weekend. I didn’t have the groove and I was pushing it, and I fell a few times in practice, so it wasn’t for lack of trying. I’m happy that we didn’t lose any ground this weekend, even though we struggled a bit.”

“It was a good race for me,” said Pourcel. “I was able to win in the U.S. a few years ago and I did it again tonight. My team was behind me and helped a lot. I’d like to thank all of them and everyone else who has been there to help me.”

In the AMA Supercross class main event last year Honda’s Kevin Windham, of Centerville, Miss., opened up a lead on lap one while Reed started to work his way through the pack after a bad start. While leading Millsaps threw away the lead on lap six and Reed moved into the lead. Windham finished second and Millsaps finished third.

“I did make some mistakes out there tonight, and I was able to get a little luck,” said Reed last year. “I am happy to come back after the bad start I had. I am looking forward to racing on a dry track next weekend in Anaheim.”

Past Winners in San Francisco