There were several riders who were dubbed as “preseason favorites” prior to the gate dropping in Houston, but one of the biggest question marks had to be Frenchman Christophe Pourcel. After all, it’s been over two years since he raced a supercross here in America, and although he proved he had the speed to win back in 2007 (he won Phoenix), the 2006 MX2 World Champion has been through a lot since. A nerve damage and over a year off the bike hasn’t blurred Pourcel’s vision to come to America, and through all of that Mitch Payton still believed in him. After Houston, Pourcel has a lot more believers, as not only did Pourcel pull the holeshot and lead every lap of the Lites main event, he set the fastest lap time in the class as well—a 50.866—which came on lap two.

The next fastest time came from GEICO Powersports Honda’s Brett Metcalfe (50.899) and Rockstar/Makita Suzuki’s Nico Izzi (51.073). Pourcel’s teammate, and 2008 Houston winner, Austin Stroupe was fourth fastest with a 51.707. Check out the rest of the Lites field below. 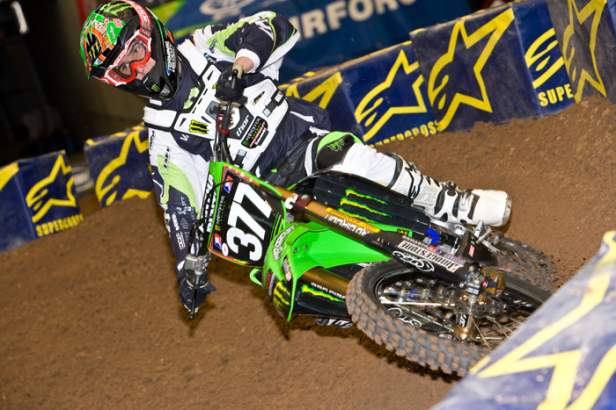 In the AMA Supercross class, it was business as usual for San Manuel Yamaha’s James Stewart, who clocked the fastest lap time of the night (49.150) on his YZ450F on lap three. Chad Reed was .5 seconds off of Stewart’s best lap, and his came on lap 11. Ryan Villopoto, Andrew Short and Josh Grant rounded out the top five in both results and lap times. 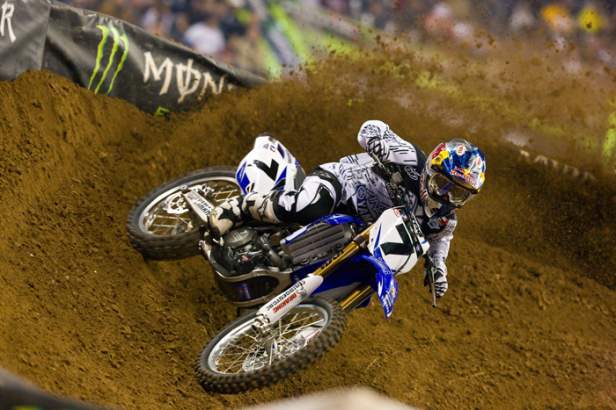 Biggest surprise: Here’s a nod to Honda privateer Vince Friese, who had the ninth fastest lap time in the Lites class aboard his #719 Honda CRF250R. Friese also battled with Stroupe in his heat races but unfortunately crashed out and finished 20th in the main event. Nonetheless, he definitely turned some heads in Texas.